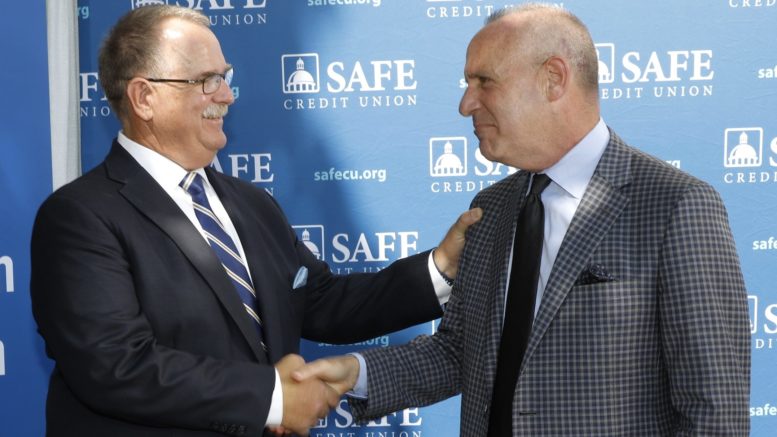 In 2015, Golden 1 Credit Union agreed to fork over $120 million over 20 years to the Sacramento Kings to put its name on downtown’s sparkling new arena.

Now, SAFE Credit Union is paying City Hall nearly $23 million over 25 years to have its name on the spruced-up Sacramento Convention Center and Community Center Theater.

As part of the deal approved by the City Council on Aug. 13, SAFE will also promote events at the convention center and theater, as well as Memorial Auditorium, which just had a $16 million renovation of its own.

But SAFE Credit Union isn’t helping the city for nothing.

The city is committing to deposit at least $29.1 million with SAFE. The credit union says that at least half the money will be reinvested locally by helping customers finance cars, homes, businesses and real estate. SAFE’s revenues from those loans and the city deposits depend on many different market factors, it says.

Under a new policy that took effect in June, the city set a goal of investing as much as 7.5% of its cash in local financial institutions. Besides the SAFE money, the city says it has $40 million on deposit at Five Star Bank, $25 million at River City Bank and $10 million at American River Bank.

The naming rights agreement also calls for City Hall to ease access to its employees as potential SAFE members, and for SAFE to offer workers financial education free of charge. Fran Halbakken, project executive in the city manager’s office, said the city can’t put a value on that benefit, either, since it depends on how many city workers join SAFE.

The credit union says it already has many city workers as members, but doesn’t disclose specifics. Founded in 1940, it has grown to more than 235,000 members overall and $3 billion in assets.

SAFE can only hope the payoff in exposure is anywhere close to what Golden 1 is reaping from its deal, which made it the nation’s first credit union to put its name on a major pro sports venue. Golden 1 Center, home to NBA games and big-name concerts, is now among America’s top-grossing arenas.

While SAFE will raise its profile and get the attention of potential new customers, it says the naming rights deal is not about its bottom line, but about being a partner in boosting downtown, economic development and the arts. SAFE CEO and president Dave Roughton said in a statement that the deal shows its commitment to make Sacramento a “world-class city” and help it become a “cultural gem.”

But if the credit union also grows its business along the way, it certainly won’t complain.

Be the first to comment on "Editor’s note: What’s a name worth?"