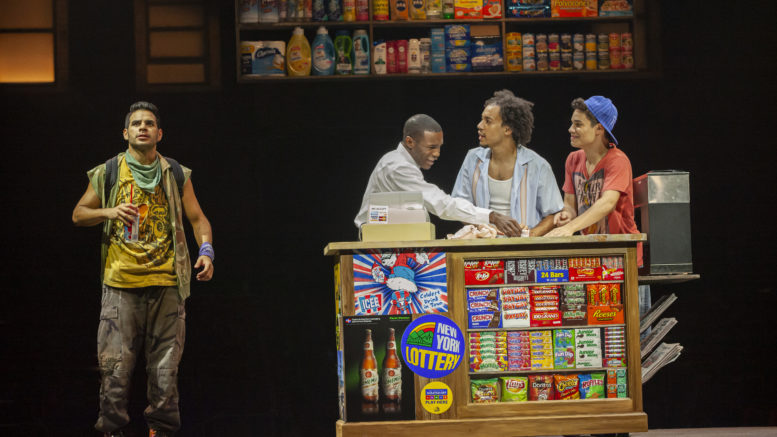 Before Hamilton, before Bring It On: The Musical, there was In the Heights.

It’s easy to see where Hamilton came from. He was born In the Heights. Lin-Manuel Miranda wrote the music and lyrics for both these breakthrough hip-hop musicals.

Miranda wrote the first draft of In the Heights in 1999 while a second-year college student. It was set in the largely Hispanic neighborhood of Washington Heights in New York City, and was initially without the rap and salsa music that are now its signature attributes.

It’s also the final production of this summer’s Music Circus series. It’s new and different, and much about it may be unfamiliar to the regular Music Circus patron. It’s a different rhythm, to be sure.

Most of the characters are of Dominican or Puerto Rican heritage, and the dialogue is peppered with the language of the barrio. Those struggling financially, barely hanging on, yet industriously trying to make a go of it illustrate the best of America’s immigrant population.

The second act is less raucous and tells more story, but the production sometimes feels as if the actors are “performing” rather than inhabiting their roles.