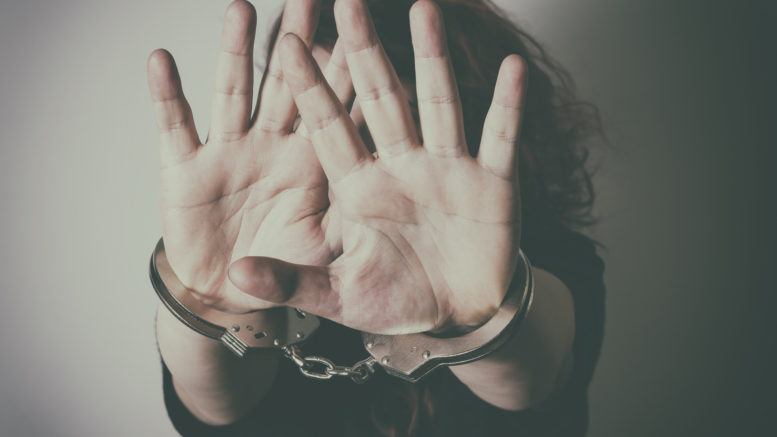 Prostitution diversion courts have spread across the country, but are they helping the sex workers directed to them?

Standing before the judge in a nearly empty courtroom, the pregnant woman’s leg shook and tears streaked her face.

Five months earlier, on a February night in North Highlands, sheriff’s deputies arrested the 20-year-old for loitering with intent to commit prostitution on Watt Avenue, one of Sacramento County’s busiest stretches for bazaar-style sexual commerce and exploitation. Now, the woman, who just turned 21, was struggling through her second chance and barely keeping it together.

The woman is one of hundreds of accused sex workers in Sacramento each year taken to jail and offered a deal: Complete a court-administered diversion program and all charges will be dropped. Or fail and reap the consequences of the criminal justice system.

This is the carrot-or-stick bargain of RESET court, which originated when a cop-founded nonprofit challenged the local prosecutor’s office to find a better way to confront prostitution, said Sacramento Superior Court Judge Jennifer K. Rockwell, who has presided over RESET since its first hearing in December 2015.

These types of diversion courts aren’t new. In Sacramento County, collaborative courts exist for all sorts of vulnerable populations accused of minor offenses, including DUI offenders, military veterans and those who experience homelessness, mental health or drug dependency issues. The courts are a tacit acknowledgment by judges and prosecutors that hammering every misdemeanant with a fresh conviction and jail time or fines won’t help that person—or the broader community.

Diversion courts specifically focused on prostitution have also proliferated around the country, with more than 30 confirmed in operation as of 2016, according to the Global Health Justice Partnership, a project of the Yale Law School and its School of Public Health.

But with legislation to decriminalize prostitution reaching state houses on the East Coast, there is growing scholarly skepticism about whether prostitution diversion courts are really as “woke” as their supporters claim.

“There are no standards for what this looks like,” said Kate D’Adamo, a partner at Reframe Health and Justice, a strategic consulting firm that pursues harm-reduction solutions to social injustices.

In a 79-page working paper put out last fall, the Global Health Justice Partnership in concert with the Sex Workers Project of the Urban Justice Center broadly criticized these programs for a lack of accountability and a surplus of inconsistency. Sacramento’s RESET court comes up 19 times in the paper, both as an example of—and an exception to—the central paradox of arm-twisting sex workers to accept the system’s help.

A July 19 visit to the downtown courtroom where RESET convenes once a month, as well as interviews and an examination of available data, underscored two things about the local approach:

2. Accomplishing that is another story.

The women who are arrested for minor prostitution offenses or related crimes must first plead guilty before RESET will offer them the chance to reverse their convictions.

That requirement rankles skeptics who contend that these programs still treat sex workers like criminals, even while telling the public they’re all victims. Both the reality and rhetoric of these programs are oversimplified, the GHJP paper argued.

To reverse their convictions, RESET enrollees must submit to HIV testing; attend health and wellness classes, group and individual counseling and trauma-based therapy; and make at least three monthly court appearances, where Judge Rockwell offers cookies and soft words of encouragement or, if needed, the gentlest of admonishments.

Rockwell said she jumped at the chance to preside over the court when it was being developed, and was the one to coin its acronym, which stands for Reducing Sexual Exploitation and Trafficking.

“The whole goal of RESET is to make you safe,” she told the women last month. “To get you out of the life.”

The court is open to the public, but that doesn’t mean all are welcome. Before convening, Rockwell dispatched her bailiff to record on a clipboard the names of any men seated in the gallery. The pimps usually take the hint and leave, Rockwell told SN&R.

Sometimes family members come to reunite or reconcile. Those instances are rare, but heartbreaking.

A tray of cookies and plate of oranges crowded the podium where the defendants stood, one by one, to hear their progress. Few took the treats, but they serve a broader purpose, Rockwell explained—invoking hospitality for the “guests” in the judge’s “home.”

“I get that you didn’t choose to be here,” she told them.

There were 22 women on the docket last month, the fewest Rockwell could remember, and down from the 47 cases she had in June.

That may be because there has been a concerted effort in recent years to refocus criminal enforcement efforts on those who pay for sex rather than those who sell it. The Sacramento County District Attorney’s Office and local law enforcement agencies responded two years ago with Operation: Hot Spots, a crackdown on johns that takes places over two days each August.

But not all agencies are on board with the new philosophy. The Sacramento County Sheriff’s Department has conducted at least three large sweeps of female sex workers this year, according to booking logs reviewed by SN&R. Most of the women at last month’s RESET hearing had been arrested by the Sheriff’s Department.

Rockwell summons the easy cases first, starting with two graduates. For completing the program, the women get expunged records “in the name of justice,” handwritten notes from the judge and Starbucks gift cards, which Rockwell described as “a little token and a subtle reminder that you got folks out there who care about you and want you to succeed.”

The cases got more complicated as the hearing proceeded. The next woman needed an interpreter. The one after that was young and pregnant, and joked that if she missed her next court date, the judge would know why.

“Delivering a baby’s a good cause not to be in court,” Rockwell agreed.

At least three women at last month’s hearing were expecting. Most participants are women of color; many are housing insecure. One pregnant enrollee, a 21-year-old arrested last summer for loitering with intent on Stockton Boulevard, was told she’s doing well in her classes but needs to make her court dates. This is the second bench warrant the judge has recalled for the woman’s arrest.

While attorneys conferred with the judge off the record, the court clerk mouthed a question to the young defendant.

“Boy or girl?” the clerk asked.

“Girl,” the defendant whispered back.

The idea for RESET came from Community Against Sexual Harm, or CASH, a local nonprofit founded by Sacramento police Lt. Cynthia Stinson that serves victims of sexual exploitation.

CASH and the nonprofit, Another Choice Another Chance, receive state and county funding to provide the services that constitute the bulk of RESET. The effectiveness of these services was slightly exaggerated in a $5,000 funding request that the county Board of Supervisors recently approved.

A February 26 staff report to supervisors claimed the RESET court successfully “diverted over 130 clients from Sacramento Superior Court criminal dockets and provided them with an ability to lead productive lives so they are no longer dependent on the sex trade to survive. To date the program has a 4% recidivism rate.”

Those numbers don’t appear to be entirely accurate, as they leave out more than 200 women who failed or have yet to complete the program.

All totaled, 363 women have appeared on the RESET court’s calendar through March, court figures obtained by SN&R show. Even factoring in the extra month, conservatively less than 40% have completed RESET’s three-to-six-month diversion program.

D’Adamo, who started researching diversion courts in New York when she was still with the Sex Workers Project, warned that service providers could lose their way if they become financially reliant on arrest-fed diversion courts.

“As a service provider, you should never become dependent on clients who are court-mandated to be there,” D’Adamo said. “I hope these courts are a flash in the pan.”

But two RESET clients told SN&R they are grateful the program existed.

“It got me out of jail,” said a 35-year-old woman who was making her first appearance following a March 6 arrest during a sheriff’s prostitution sting, and who was previously convicted of minor drug and littering offenses.

For a woman navigating her first local prostitution bust at the age of 52, RESET offered a support network the previous two months.

“I like it,” she said outside the courthouse after the hearing. “I wish it was longer.”

In a brief interview, Rockwell said the quickest someone could speed through RESET was three months, but that was rare. Some participants face multiple cases, which can extend their time in the program. Others need drug treatment before they can even begin to participate, the judge said. And still others will grind along for 12 to 18 months before they graduate.

Technically these participants have failed, the judge said, but she keeps them enrolled rather than the alternative—flunking them into jail and expelling them back to the streets.

“I’m not here to retraumatize them,” she told SN&R.

Rockwell showed that with the final defendant on July 19, the pregnant young woman trembling before the bench.

The woman had missed her previous court appearance and risked a bench warrant being issued for her arrest. Rockwell, seeing the defendant fall apart in front of her, emphasized that she had stayed the warrant after learning that the woman missed court to visit a sick relative in the Bay Area. But, the judge added as softly as she could, “What we really need you to do is not disappear on us.”

The woman tried to say “thank you.” The words died on her lips.

2 Comments on "Hitting RESET on prostitution"