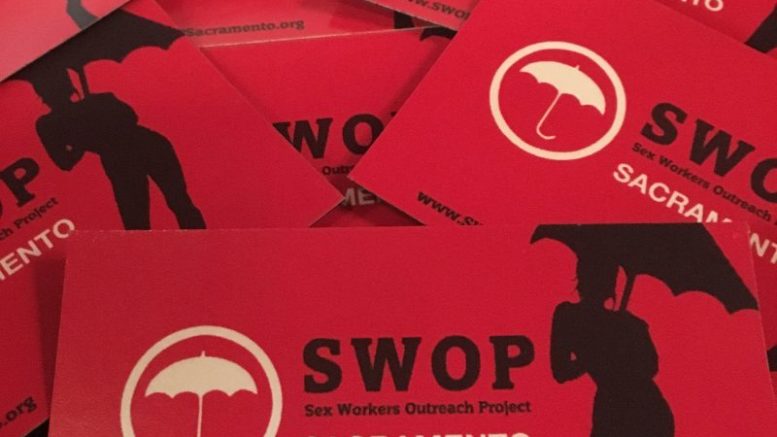 The largest prostitution-related sting in Sacramento County this year swept up 10 women ages 18-to-34 on solicitation charges.

The March 6 operation crystallized a statistical fact in what is anecdotally known as a hub for illicit sexual activity: Despite what law enforcement officials tell the public about their efforts to crack down on traffickers and pimps, they continuously arrest many more of the women they say are likely to be exploited.

According to arrest summaries reviewed by SN&R, the Sheriff’s Department targeted a stretch of Stockton Boulevard known as the “Stockton stroll,” sending undercover officers posing as johns to approach the women in question, negotiate a sex act in exchange for money “or other consideration,” and then arrest each woman when she made “an overt act indicating her intent to complete the transaction.”

Arrest summaries state that undercover officers recorded their conversations with the arrested women and noted that all but one of them possessed unwrapped condoms.

Senate Bill 233 would disallow cops from using condoms to arrest someone on prostitution-related charges.

“Using condoms as evidence of sex work is terrible policy and undermines anti-HIV efforts,” Sen. Scott Wiener of San Francisco, the Democrat who authored the bill, said in an emailed statement. “If sex workers know they can be arrested and prosecuted for carrying condoms, they won’t carry them and will be at increased risk for HIV. We should be encouraging safer sex practices, not criminalizing them. I’m authoring SB 233 to put an end to this failed approach by law enforcement.”

A sheriff’s spokesman said he was unfamiliar with the operation and declined to look into it further.

“This is why this is so important,” said Kristen DiAngelo, co-founder of the Sacramento chapter of the Sex Worker Outreach Project, a supporter of the legislation.

Both the Sheriff’s Department and district attorney’s office belong to the Sacramento Together Against Human Trafficking coalition, as do a number of community-based organizations. These organizations, such as Children’s Law Center of California, have urged the coalition’s law enforcement members to focus on the financiers of sexual exploitation, not the suppliers, most of whom are socioeconomically disadvantaged women of color. Of the 10 women arrested in this month’s sting, six are nonwhite and seven had unknown or no home address.