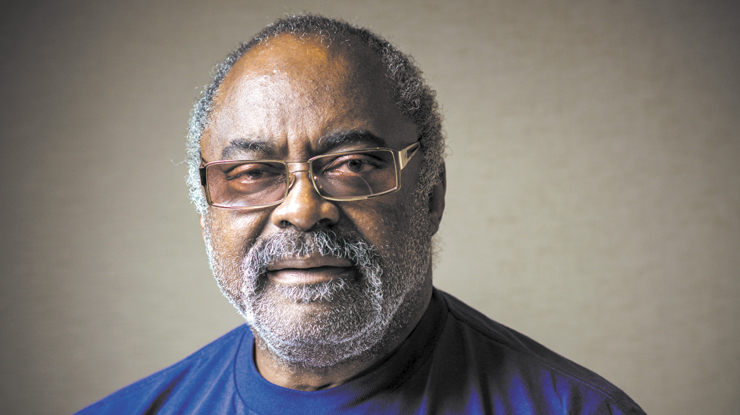 Leroy Candler of SEIU Local 1000 saw a need and worked for change, with his union’s support.

How one Fresno worker helped his community for the better

Where will we find tomorrow’s leaders? Look around; you may already know a leader in the making.

Leadership is a skill that takes support and nurturing. Just like an apprentice, leaders benefit by learning while they work.

As a union, we regularly support our members and help them develop their leadership skills. Such help is intentional; it gives these new leaders the power to bring change to their communities and to people’s lives.

Let me tell you about Leroy, a SEIU Local 1000 member. His example shows what can be accomplished when we help someone lead.

Leroy grew up in Fresno, which suffers from terrible air quality. One in six children in the San Joaquin Valley develop asthma. Residents in the poorer Southwest Fresno neighborhoods have a life expectancy of 20 fewer years than people who live in Fresno’s wealthier and whiter neighborhoods. In addition, a lot of people are out of work; unemployment in Fresno County is among the worst in the state. Public transportation is a problem, too.

Leroy became inspired during a leadership development event to work locally to improve his community. The vehicle to bring much needed change? High speed rail.

Leroy saw investment in high speed rail as an opportunity to bring good-paying construction jobs to the Fresno residents who needed it most. Not only would the rail line provide transportation, but it could improve air quality in the poorest parts of Fresno, run-down neighborhoods polluted by highways and dirty industries. He saw how high speed rail had the potential to change a lot of lives for the better.

But how do you make that happen? The Labor Council had received funding for neighborhood outreach, but had not had success attracting people from West Fresno to apply for jobs. They were using this to justify the need to recruit people from outside of Fresno. With support from myself and our leadership team, Leroy contacted churches and non-profits across his community, identifying partners who shared our vision and inviting them to a kickoff event.

About 175 local people showed up, confirming that Leroy had a great idea. Representatives of the building trades who attended the meeting told attendees about the job opportunities that were available – good jobs with good retirement. So many people tried to sign up, it crashed the website.

But the process to get one of those jobs wasn’t easy. The first step was to take a difficult test just to become eligible. If accepted in the pre-apprenticeship program, workers were expected to quit their current jobs. They would not be paid for training and there was no guarantee of a new job.

We ended up creating our own non-profit coalition to help workers develop their skills, pass required tests, get training and find new higher-paying jobs while receiving support and mentoring needed to succeed. We are now in the process of getting more funding for our own training programs.

Eventually, local trade unions reached out and asked Leroy to supply workers. He identified candidates, then continued to support them as they launched new careers. Initially, they experienced racial tension at worksites. However, with involvement from the supervisor, we succeeded in changing the culture on the job. Racism also is a common symptom of apprenticeships, which historically reflect the ebb and flow of different cultures coming into changing industries.

But because of leaders like Leroy, the door had been opened for these workers. Leroy walked through it with them, changing their lives for the better.

Be the first to comment on "Yvonne R. Walker: Nurturing new leaders can bring change"