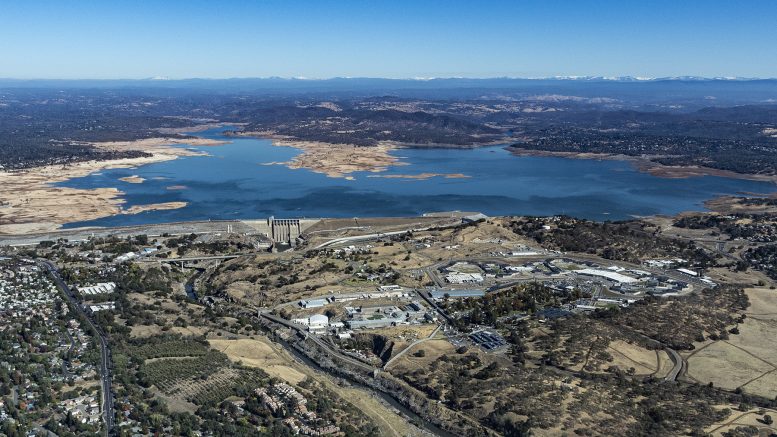 This aerial view shows low water conditions on Folsom Dam and Lake. On this date, the storage was 309,573 reservoir acre-feet, which is 32% of the lake's total capacity. Photo taken October 28, 2021, by Andrew Innerarity/California Department of Water Resources

When it comes to water, Roseville has a long history of proactive planning to ensure that residents and local businesses have access to reliable sources of H2O.

In the early 1900s, the town of Roseville leaders faced a looming water shortage due to the influx of new residents born from the railroad boom. The town leaders realized that backyard pumps and a canal for water supply would never keep up with the growing water demand.

So they selected a company, Hemphill & Leahy, for a water franchise, and in 1906, the Roseville Water Company was born. The company went to work setting up new mains and pipes and accessing water from two nearby reservoirs.

The town of Roseville officially became a city in 1909, and 25 years later, in 1934, the city acquired the Roseville Water Co. for $185,000 and created the city’s water department.

Soon, with a grant from the Works Project Administration, a New Deal agency known as the WPA, the water department upgraded the water system.

In the 1970s, Roseville subscribed revenue bonds to pay for a water treatment plant and water distribution system.

“The forethought of previous leaders understood the need that in order to have a thriving community, we needed reliable water supplies to sustain the growth of Roseville both then and now,” says Sean Bigley, assistant director for Environmental Utilities. “Today, we are paying tribute to those before us by continuing utility service expansion, planning for and building out new infrastructure—a necessary component to maintaining economic vitality and quality of life.”

By 2006, Roseville’s population—and its need for water diversity—continued to grow. The city’s Environmental Utilities (EU) launched a pilot groundwater injection project to convey millions of gallons of surface water into underground aquifers for storage.

According to the city’s historical account, EU later expanded the project to more aquifers. In a study of 12 area aquifers, it found that the local aquifers could hold as much as 100 billion gallons of water. Today, Roseville has an active groundwater program, complete with several groundwater wells that can replenish or extract water for drinking water purposes, and the goal is to increase the number of wells over the next three to five years, maxing out at about 11 wells total throughout Roseville.

In the spirit of increasing water resiliency, Roseville, in February 2020, celebrated a historic milestone by signing an indefinite water supply contract with the U.S. Bureau of Reclamation (BOR). The city had previously maintained interim contracts with BOR, but the new agreement ensured that BOR would provide water to Roseville in perpetuity.

But challenges to the water supply remain as the city and the western United States battle severe drought.

Much of Roseville’s water comes from Folsom Lake, a multi-use facility used for water supply, recreation and flood protection. In the last 10 years, Folsom Lake has seen the rapid rise and fall of water levels, in some cases a result of a lack of snowpack and runoff because of drought.

“Realizing impacts of climate change, we are evaluating a range of options that we can pursue over time so that we have a go-to water supply resource regardless of climate and water supply conditions,” Bigley adds. “This includes new water supply access points and working at a regional level with our partners to come up with solutions that benefit the region and the state.”

PCWA has a contract to release up to 30,000 acre-feet of water to the city of Roseville. A single acre-foot is enough to supply two residential homes for one year. Roseville has never had to use the entirety of the contract, Fecko says.

“All of us, including PCWA, are looking at how climate change is going to affect things like snowpack and runoff. We want to take that into account in our water supply planning efforts and diversify our sources of water supply to ensure water supply reliability for our current and our future residents,” Fecko says. “That’s just prudent planning.” 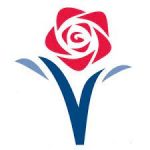 The City of Roseville was incorporated April 10, 1909 and is located in Placer County, 16 miles north of Sacramento, the state capital. Roseville encompasses 43.05 square miles and is positioned along I-80 and Highway 65. The city has long been focused on water needs, especially now with the drought blanketing the western United States. Although water resources are strong, we need to reduce use right now to stretch our supplies going into the fall and winter seasons, and through the summer months. Learn more at http://www.roseville.ca.us