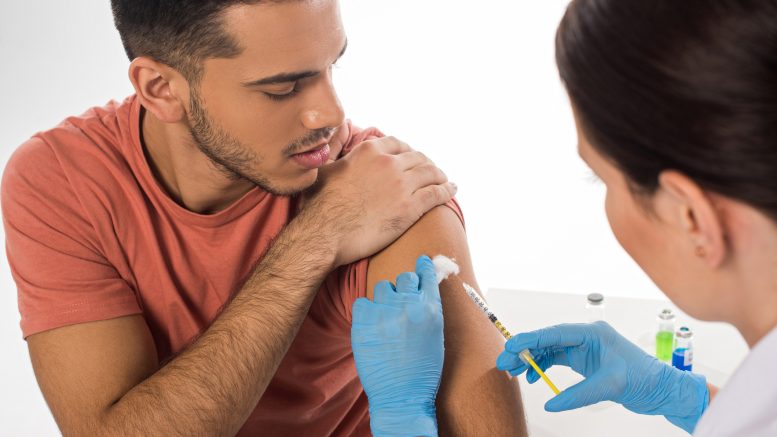 Flu cases are on the rise, just as families gather for the holidays. Getting a flu shot can help protect you and your loved ones from severe illness.

Influenza is sweeping the nation. In California alone, case levels of the illness jumped from “Low” to “High” in November, according to the Centers for Disease Control and Prevention.

So physicians like Dr. Douglas Young, a Sacramento internist in private practice and medical director at Northern California Research, are urging people to get a seasonal flu vaccine.

“Last year, there were very few cases of flu due to masking, isolation and hand washing. So now that the (COVID) mandates aren’t there, there probably will be more flu cases,” Young says.

Classic flu symptoms include fever, a dry cough and muscle aches. But symptoms can vary depending on one’s age and condition. In severe cases, flu can lead to serious consequences.

“The vaccine decreases your risk of dying and getting very ill and may shorten the duration (of the illness),” he says.

In fact, the CDC says the flu vaccine’s effectiveness is 40-60% for the general population.

“You see most of the benefits in those who are at higher risk, such as those with heart disease, diabetes, and certainly those with cancers and immunosuppressed,” he says.

He recommends getting an annual flu shot around September or October.

“But getting the vaccine as late as March can still be effective,” he says.

And, under most health insurance plans, patients can get their flu vaccines for free.

The vaccine, which stimulates the immune system, has some side effects though, such as soreness and redness at the injection site.

But the notion that the vaccine causes flu is false, he says.

“People don’t get the flu from getting the flu vaccine. But they may feel sick for a day or two,” he says.

In some cases, however, it may be advisable to wait a while before getting the vaccine, Young says.

“If you’re actively sick, or if you’ve just gotten the COVID vaccine and are having some prolonged effects from that vaccine, I wouldn’t get another vaccine,” he says.

But doctors advise some patients with certain conditions like Guillain-Barre syndrome to skip the vaccine, he says.

Doctors used to discourage patients with egg allergies from getting the vaccine, but not so much today, says Young, because while some flu vaccines contain eggs, others do not.

“But even the ones that do, people have found that they don’t see the severity of allergic reactions that they would if they ate an egg,” Young says.

Meanwhile, Young and other NORCARE researchers are conducting clinical trials on new flu detection products. Patients interested in volunteering can sign up at northerncaliforniaresearch.com.

But for now, Young says:

“Get vaccinated because it has been shown to help.”

As a clinical trial research center, our focus is on spreading the word about our various volunteer opportunities in our clinical trials and research studies. We are reaching out to people who we hope will benefit from the possibilities that come with clinical trial participation. https://www.northerncaliforniaresearch.com/