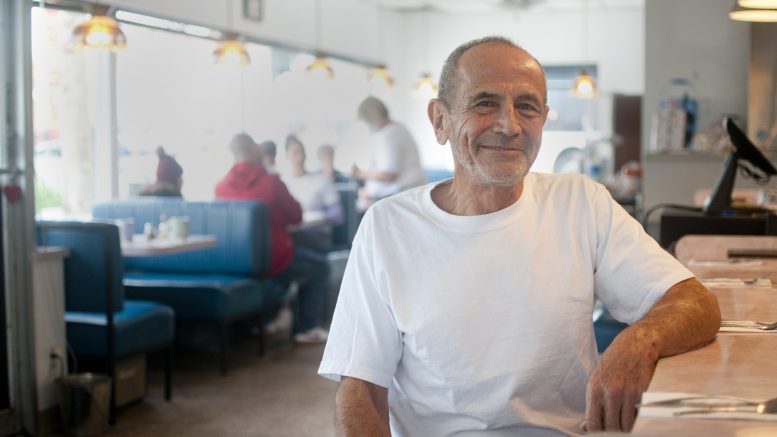 For more than 70 years, Lil Joe’s has been a fixture on Del Paso Boulevard. A locals’ haunt, it offered traditional diner fare 24-hours a day. “Lil” Joe Halaway reportedly served over a million steaks during his time at the grill. But after his son’s death in 2020, it looked like the family-run restaurant’s doors were closing for good.

“We’ve been serving about two weeks,” says Fierro, a retired captain for the Sacramento Fire Department. “So far, it’s going pretty good. We opened and we’re a little busier than I expected, but that’s a good thing.”

Fierro says he’s not looking to change a lot; rather he intends to keep the neighborhood diner vibe Lil Joe’s is known for.

“I was worried it was going to turn into a place where the neighbors couldn’t come and meet,” he says. “I’m putting up a patio and tables, I’ve got benches and a cover going up during the springtime. I really hope to be able to have it developed into some place where people in the neighborhood can walk over and have breakfast.”

Located a few blocks away is the proposed site of the 1212 Village, an affordable housing complex spearheaded by Volunteers of America. The complex would offer 75 residential units for individuals and families as well as ground-floor retail spaces. Fierro thinks such a new complex would be good for business.

And it’s not just Lil Joe’s that will benefit from the influx of new customers living within walking distance. Fierro thinks the affordable housing complex will benefit businesses on the Boulevard as well as help alleviate some of the city’s housing woes.

“I think it’s going to bring in some people who are going to be a contribution to our neighborhood,” he says. “We have a lot of renters out in the area and they’re getting their rents raised because of the gentrification of the neighborhood. … I really do think we need more affordable housing (and) I think we have a good opportunity out here to be able to address some of that.”