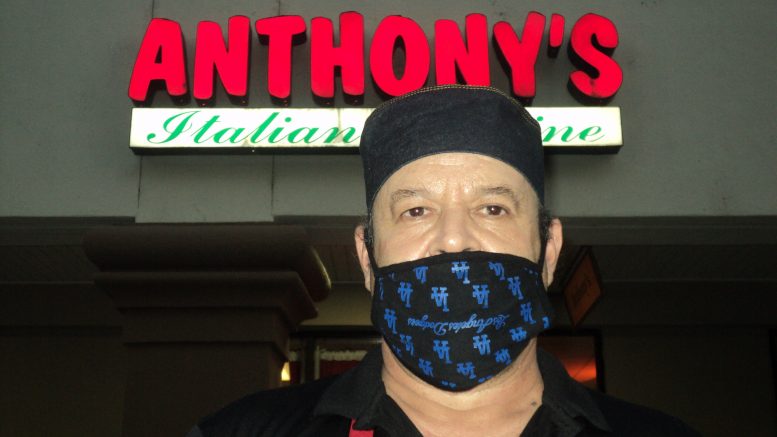 “Participating in the census is part of being a good citizen,” said Abelardo “Abe” Ruiz, owner of Anthony’s Italian Cuisine. His wife Patricia and their children work at the 15-year-old restaurant, now focused on take-out and delivery amid COVID-19. Photo by Edgar Sanchez

Abelardo “Abe” Ruiz believes in the power of the census.

The proud Sacramentan has participated in every decennial population count since 1980, when he was a new immigrant from Mexico.

This year the naturalized U.S. citizen completed and mailed his family’s 2020 Census form five months before the September 30 deadline.

“It’s important that all Sacramentans be counted in the census, so our communities won’t lose federal funds for new highways, schools and parks,” Ruiz, chef/owner of Anthony’s Italian Cuisine Restaurant in South Natomas, said recently. “Filling out the census form is easy.”

But, he added, time is running out.

Unfortunately, some Sacramentans are difficult to count. By conservative estimate, Sacramento County and its cities lost at least $140 million in federal funds over the past decade because the 2010 Census missed thousands of local residents.

Getting a full count in 2020 is a priority. The census determines where billions of dollars in federal monies go to help build new hospitals, bridges and other infrastructure. It also shapes the federal budget for programs such as Head Start and Meals on Wheels. Lastly, among other things, the census establishes the number of congressional seats for each state.

To increase census awareness, the county created Sacramento’s Complete Count Committee in 2018, with members selected by the county and the Sacramento Region Community Foundation.

Reflecting the county’s diversity, the members include government partners such as employees from the cities and counties, plus more than 30 community organizations, some of them supported by The California Endowment.

“We’ve been meeting for over a year” to develop integrated outreach strategies for the 2020 Census, said Gabby Trejo, the committee’s co-chair and director of Sacramento Area Congregations Together. “What’s at stake is bringing the resources … for people to live in our community.”

One new tactic: Every Sunday, the faithful attending virtual services at Sac ACT parishes are reminded by pastors to “do” the census.

Besides the SCCC, the county formed 16 subcommittees, each of which has reached out to a specific hard-to-count group, ranging from refugees to the homeless.

The census is confidential. Residents who haven’t responded to census surveys are being visited by census takers. The forms can also be filled out by telephone, with assistance in 14 languages, at 1-844-330-2020, or online at my2020census.gov. PLEASE RESPOND BY/BEFORE SEPT. 30.