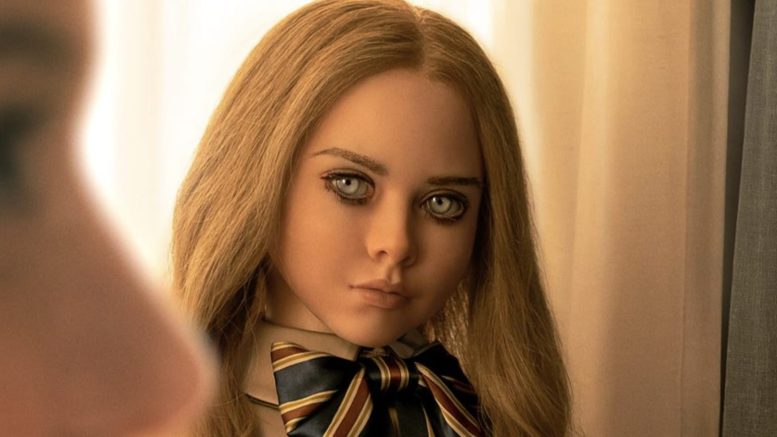 This film not only doesn’t suck; it manages to be quite an interesting horror riff on A.I., while also being a decent sci-fi effort and family drama. So, fear not: You can head to a theater in January and find yourself quite entertained. That alone is just as shocking as the killer doll at the center of this film.

Young Cady (Violet McGraw) loses her parents in a car accident, and her aunt Gemma (Allison Williams), creator of interactive toys, becomes her legal guardian. Gemma is stuck in a bit of a rut, creating new models of her latest toy (a funny riff on those Furbies from the late 20th century), and she wants to bring the next big thing to market.

Those ambitions dovetail with her niece’s loneliness, so Gemma allows Cady to start playing with her latest contraption, M3GAN, an android that she can pair herself with while the doll “learns.” M3GAN is very lifelike, provides Cady with companionship, and gives Gemma time to concentrate on work rather than spending time with and worrying about her justifiably melancholic niece.

Of course, it would be too good to be true for M3GAN to just be a super-awesome plaything, and she starts taking her directive to protect Cady a little too seriously. Neighborhood animals, bullies and others find themselves up against a hilariously imposing foe. M3GAN’s ability to kick ass and weaponize herself make one wonder just what Gemma was thinking when she built the thing. M3GAN rivals the Terminator in her ability to keep moving forward in a relentlessly violent mode.

Credit director Gerard Johnstone and his writers, including Saw’s James Wan (story credit), for not spending too much time explaining M3GAN’s powers as she expands her violent possibilities. This is one of those times when it’s fun for crazy things to happen rather than them being rooted in reality. This film is by no means realistic, but it’s certainly a blast.

It’s obvious that this is a PG-13 film that had an R-rated cut. (You can see those “fucks” getting dubbed over.) I normally complain when a horror film neuters itself for the commercial-friendly PG-13 rating, but this one might actually benefit from toning down the gore. The moments when the film switches from sci-fi to horror are shocking and suspenseful, and they don’t feel watered down.

Be the first to comment on "Horror doll: Don’t let its release date fool you—‘M3GAN’ is quite good"