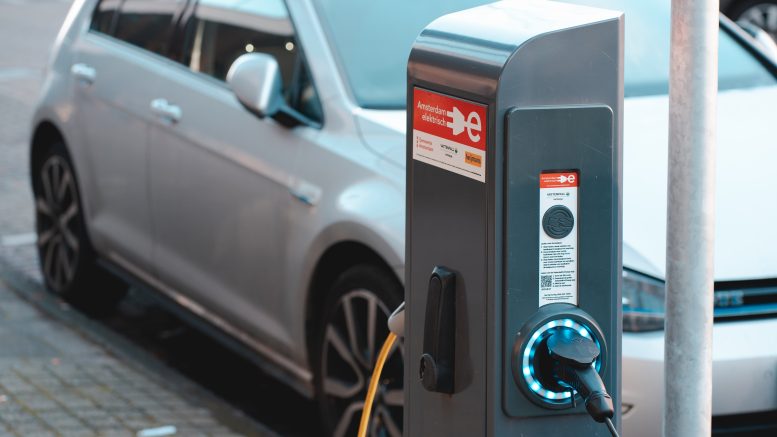 By Nadia Lopez for CalMatters

Environmentalists slammed Gov. Gavin Newsom for slashing billions of dollars from initiatives that the governor has repeatedly called top priorities: efforts to combat climate change and transition to zero-emission vehicles.

Facing a projected $22.5 billion deficit, Newsom today proposed to eliminate $6 billion in climate spending in his 2023-24 budget. The governor helped push a five-year $54 billion climate package approved by the Legislature during last year’s session, but he now proposes to cut it to $48 billion.

More than half of those proposed cuts – $3.3 billion – come from the state’s clean transportation initiatives. Newsom hopes to offset those reductions with federal funds and perhaps a new bond reserve, but the move comes just five months after the state approved a historic mandate for electrifying cars.

Now climate advocates are questioning whether the state will be able to fund its ambitious electrification efforts and ensure California transitions to clean cars as it faces an economic downturn.

“We recognize the financial situation, but this is exactly what we’ve been nervous about,” said Mike Young, political and organizing director at California Environmental Voters, an advocacy group. “We actually need to be investing and defending more of our climate investments and really pushing for that. We can’t get out of our situation if we’re going backwards.”

Money for zero-emission vehicle incentive programs, such as rebates for car buyers, and charging infrastructure would be cut by $2.5 billion. About $1.4 billion of that amount would be shifted to the state’s fund for its cap-and-trade program, a market that is paid into by fossil fuel companies. That leaves a net decrease of $1.1 billion.

At a press conference today, Newsom said he is not concerned that the $1.1 billion cut would keep the state from meeting its electrification goals. He said climate and transportation was cut “because of the magnitude” of the investment those areas already had. He added that he is  confident that California could make up those shortfalls with federal Inflation Reduction Act dollars. His budget plan also says he might ask the Legislature for a bond issue.

“We’re committing a $48 billion package, which is just an unprecedented investment in this space,” he said. “Our commitment is firm.”

Still, those dollars would have been used to build more charging stations in disadvantaged communities and provide electric car subsidies for people who cannot afford to buy electric cars.

The cuts would also affect the construction of chargers and other infrastructure for heavy-duty trucks, a much-needed investment as the state considers another ambitious proposal to ban sales of high-polluting diesel trucks and phase in zero-emission models. The proposed budget cuts $1.5 billion from the general fund and shifts responsibility for $839 million of those dollars to the state’s cap-and-trade fund. Another $2.2 billion in funds would be cut from transportation spending for some rail and public transit projects.

David Weiskopf, senior policy advisor at NextGen Policy, a progressive climate group, worries that the state’s reduced investments could delay much-needed action on climate change. He said a steady funding stream is necessary to prevent fluctuations in climate investments, especially as the state continues to experience the increasingly dire effects of climate change, including worsening heat waves, droughts and floods.

“Climate needs to be central to every agency’s mission and budget,” Weiskopf said. “Until we adopt a more comprehensive approach, the fate of our state remains tied to the hope that we have only good budget years.”

State Sen. Josh Becker, a Democrat from San Mateo who chairs a budget subcommittee on environmental issues, said the proposed cuts “are concerning at a time when we should be accelerating our work, not tapping the brake pedal.”

“If federal money isn’t available to backfill some of those proposed cuts, pulling back on these climate and environmentally-sensitive investments now is going to make progress that much harder,” he added.

Newsom will negotiate over the budget with the Legislature, and then issue a revised budget in May based on updated fiscal projections. He said climate money will be restored if possible. The final budget comes in June.

Newsom’s top environmental official, Secretary for Environmental Protection Yana Garcia, said low-income communities will still be prioritized in climate programs. She said the budget cuts are minimal and that proceeds from future cap-and-trade auctions can play a large role in helping fund these investments.

“Despite the hard decisions we had to make this year I’m proud that we’ve continued to prioritize our zero emission vehicle investments related to equity,” she said. “The proposed budget includes a continued focus on heavy-duty zero emission vehicles and charging infrastructure as well, given the pollution these vehicles spew into communities.”

In addition to relying on federal funding, Newsom shifted much of the funding burden to the state’s landmark cap-and-trade program, which has faced heavy criticism from legislators and activists. The program allows big polluters such as oil refineries and power plants to buy credits to offset their emissions. Businesses that produce excess emissions can buy or trade credits that allow them to keep polluting.

The biggest problem is that an oversupply of credits in the system allows businesses to hoard. That means businesses can keep polluting far past state limits in later years — which could also result in low allowance prices and reduced revenue from auctions, according to the Legislature’s nonpartisan fiscal advisers.

Environmentalists say the state can’t afford to eliminate any investments given the severity of the climate crisis.

“Every dollar that we have to delay means accepting greater harm – losing $6 billion in climate funding unquestionably hurts the state more in the long-term than it saves in the near term,” Weiskopf, of NextGen Policy, said.

Young, of California Environmental Voters, said environmentalists had long been planning for a potential deficit and were hopeful that the passage of Proposition 30 could have secured long-term funding for much-needed investments in zero-emission vehicles. But the ballot measure failed in November after Newsom opposed it. It would have raised as much as $5 billion annually by imposing a 1.75% personal income tax increase on Californians with incomes above $2 million per year. Most of that money was set aside for zero-emission car subsidies and more charging stations.

Environmentalists who campaigned on behalf of the measure had long feared California’s financial challenges and budget shortfalls could further delay the state’s move toward electric vehicles, said Young, who worked on the Prop 30 campaign.

“Our goal for Prop. 30 was always to build stable financial funding for this, because we knew that this would be coming ahead and unfortunately, it came sooner than later,” he added.

Newsom’s proposed budget release comes as California experiences a deadly bout of intense rain and flooding. The governor allocated new funding towards flood preparedness and response, including $135 million for the next two years to reduce urban flooding. Delta levees will also get $40.6 million for repairs and upgrades.