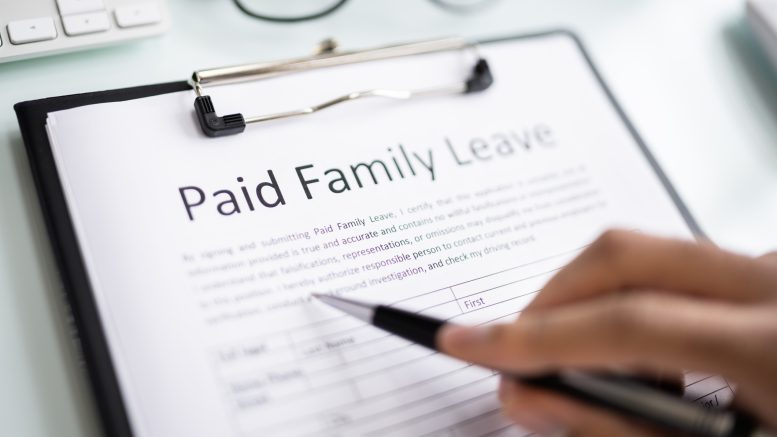 California must continue improvements to its leave policy, which is critical for the women, people of color and immigrants who comprise the majority of low-income workers.

The United States’ shambolic approach to paid sick leave for workers hit home with a fury during the height of the pandemic. With the U.S. standing alone among the wealthy countries of the world in its refusal to enact a national policy on sick leave or family leave, your chances of being able to get paid time off if you or a family member became ill depended almost completely on where you lived or how much you made.

California was the first state to enact its own paid family leave (PFL) policy in 2002, and it remains a work in progress. Legislation approved last year will gradually raise wage replacements to as high as 90% for lower income workers, which lawmakers hope will encourage more people to tap the system.

Although PFL has long been associated with women who needed time off to have a child or deal with a pregnancy, COVID’s profound impact, especially on lower income California families, highlighted the broader societal need for such a policy. Now, there’s a documented economic incentive as well.

According to a new study, PFL helps keep women in their jobs. In fact, the presence of PFL policies in California, New Jersey and New York was credited by researchers with cutting by more than half the rate at which women whose spouses suffered serious illness had to quit work altogether.

“We were quite surprised at how large the effect size was for women’s job continuity,” said Maya Rossin-Slater, a Stanford health economist and co-author of the study. “The other thing that struck us was that the effect was almost entirely concentrated among workers with low education levels (high school or less), who tend to work in jobs that do not have their own paid family leave benefits.”

The researchers found that, absent a PFL program of any kind (state- or employer-funded), roughly 10% of working women had to leave their jobs entirely if their spouses needed surgery or had to be hospitalized. With PFL in place, that figure fell to just 3%.

“The findings from the recent study align with what we know: Access to paid family leave significantly increases the likelihood that workers return to their jobs following significant health or family events,” Misael Galdamez, a research analyst at UCLA’s Latino Policy and Politics Institute, said in an email to Capital & Main. “In the case of having children, paid family leave greatly increases the likelihood that working moms will keep working after their child is born.”

Galdamez noted a 2020 study that found paid family leave in California reduced the likelihood of women leaving the workforce in the year of a childbirth by 20% relative to women without children. Closer to the heart of the UCLA institute’s work,  the lack of PFL at all – or wage replacement that was unacceptably low – helps to explain why so many Latinas dropped out of the workforce altogether, he said.

In the pandemic era, that’s no small concern. The National Women’s Law Center reports that in the first full year of COVID in the U.S., more than 2.3 million women left the workforce completely, meaning they were no longer working or looking for work. While that figure is the product of several factors, the inability to access a PFL program — only 13 states, plus the District of Columbia, have one — looms large in the conversation.

It’s remarkable how out of step the U.S. is with the rest of the world when it comes to paid sick leave or family leave. According to the World Policy Center, the U.S. is counted among a tiny handful of countries without a national policy on leave, joining Korea, India, Somalia and Sri Lanka.

In many parts of the world, including almost all of Europe, workers are guaranteed six months or more of paid sick leave. That’s also true of the Russian Federation and China, as well as most of South America and many parts of Africa.

Absent a national plan, most workers in the U.S. are unprotected or subject to their employers’ whims. At that point, the issue becomes one of economic inequality. A study by the Pew Research Center found that while 92% of workers in the top quarter of earnings had access to sick leave, the figure fell to 31% for those in the bottom tenth of wages.

The stakes are high. The pandemic exposed once again the fragile financial lives of California’s working class, especially those at the lower reaches of the wage scale. Latino and Black residents, many of them living in crowded urban communities, suffered higher initial rates of COVID infection — yet many continued showing up for work at “essential” jobs that not only paid too little and didn’t provide adequate protection, but also offered nothing in the way of paid leave.

Last year, the shortcomings of the state’s PFL program also were laid bare. The wage reimbursement rate — 70% for the very lowest earners, 60% for everyone else — meant that most minimum-wage workers would receive only $360 per week rather than their usual $600 if they took family leave, and usage of the program was slipping. “They simply cannot afford a (deep) pay cut,” State Sen. Maria Elena Durazo (D-Los Angeles) told Capital & Main three months ago, just before her bill raising the wage replacement to 90% by 2025 was signed into law.

Though similar in spirit, sick leave and paid family leave are not interchangeable terms. Federal law requires employers to provide unpaid sick leave, but beyond that, states or cities generally decide the rules, often with minimal results. In California, employers are generally required to offer up to 24 hours or three days of paid sick leave per year.

Paid family leave is designed to take in more ground. It’s driven by the 1.1% of their earnings that most California workers pay into the State Disability Insurance fund, and it allows for up to eight weeks of paid time off to care for ill family members, have a child, bond with a newborn, or attend to issues arising from a family member’s recent military deployment.

It’s also available in a distinct minority of states. As for a national plan, that could be a while.

The pandemic prompted a number of short-term federal relief efforts, and in 2021 the Biden administration attempted to put in place a national paid family and medical leave plan. Polling shows that 73% of Americans support such a national program, and 17 Nobel Prize-winning economists weighed in, writing that the plan was actually a “supply side measure, increasing the ability of more Americans to participate productively in the economy.” It got squashed in Washington.

Politics is politics, and for the time being, no such national program is in the offing. For Californians, that means continuing to reshape and improve the PFL system already in place.

As wage replacement levels rise over the next two years, more of the lowest income earners may be encouraged to take PFL. That is direct help for women, people of color and immigrants, who collectively make up the vast majority of the lower wage workforce in the state — and it’s one reason why California’s PFL system, though not without its flaws, remains so critical and must be constantly examined and improved.