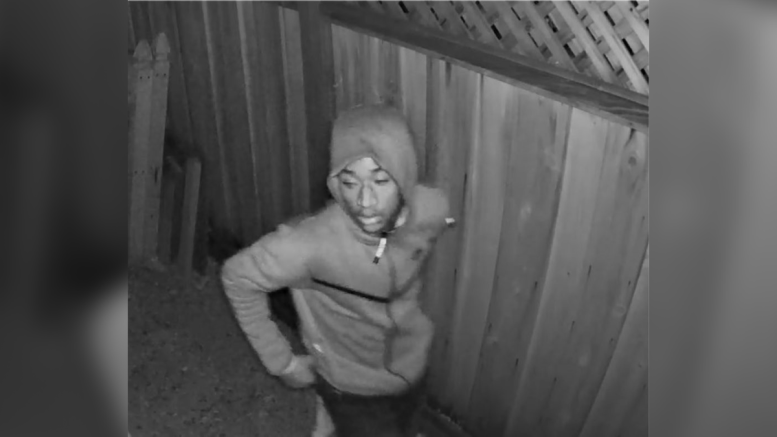 Sacramento Sheriff's detectives need the public's help in identifying this person, who is wanted for questioning in connection to a senseless murder.

It’s been over four months since the Shearer family found themselves rushing between one Sacramento-area hospital and another in the middle of the night, hoping with every fiber of their beings that they wouldn’t learn the worst once they located their son.

Yet, when the family did finally enter the last emergency room, that hope was vanquished forever.

Corey Shearer was a popular athlete from the ranching community of Ione, which is about an hour east of Sacramento. The 20-year-old had been attending a late-night party in Rancho Cordova with his girlfriend when he was suddenly shot multiple times. Corey’s aunt, Jolene Pimentel, later told reporters that when his girlfriend eventually made it to the hospital, she entered covered in his blood. His girlfriend was the one who called 911 when Corey first went down.

At that point, what was mainly known about the shooter was that he was wearing all black clothes and a black face mask.

Once Corey was pronounced dead, a house in the neighborhood of Cordova Towne – just across the freeway from Mather – officially became a murder scene. The Friday night get-together that preceded the chaos was reportedly a birthday party for the owner’s daughter.

Last week, Sacramento Sheriff’s Sgt. Amar Gandi said that the gunfire broke out after “what we think was a dispute” at the party. Gandi was speaking with journalists because his agency’s detectives had located video footage of a person of interest in the slaying, whom the sergeant noted witnesses have identified as “fleeing just afterwards.”

While investigators have managed to find other still pictures and “small video” from the night of the killing, the surveillance footage is what they are focusing the public’s attention on: It shows a young man in a hoodie at a nearby residence, running between one of the house’s walls and its high wood fence. The footage captures him stop at a dead end before darting back in the other direction. He then starts climbing over the fence.

Gandi said this person of interest is a Black male between the ages of 17 and 20-years-old. His height is likely between 5’10 and 6’1, while it’s believed that he weighs between 130 and 150 pounds.

“What we need from the public is anything you have,” Gandi emphasized, “even if you don’t know who this person is. If you have pictures, video – anything from that party that night that might help identify this individual – we’ll take it from you. And you can remain completely anonymous.”

After Gandi updated the probe, reporters heard from Corey Shearer’s mother, Crystal Shearer, who was flanked by the victim’s three sisters and other family members.

“There are a million things that I want to say to try to describe the person that he was – and how special and how loved he was,” Crystal began. “Corey is my first-born child … He was the one who made me a mother and gave my life meaning. He changed my world in the best way possible the second I met him, and the love that I have for him cannot be measured.”

Crystal went on to recall how her son, who’d been a well-known football player in Amador, loved to share stunning sunrises with her and friends. She said he was also extremely supportive of his trio of sisters.

“He had such an appreciation for the everyday little things that so many take for granted,” she reflected.

In summarizing why she hopes someone will come forward about the video, Crystal explained it is not just about justice for her son, stressing, “Every day this monster is out free in our community, there’s a chance that this nightmare could be some other family’s reality.”

Be the first to comment on "In Rancho Cordova, search intensifies for ‘person of interest’ in murder of former high school football star"