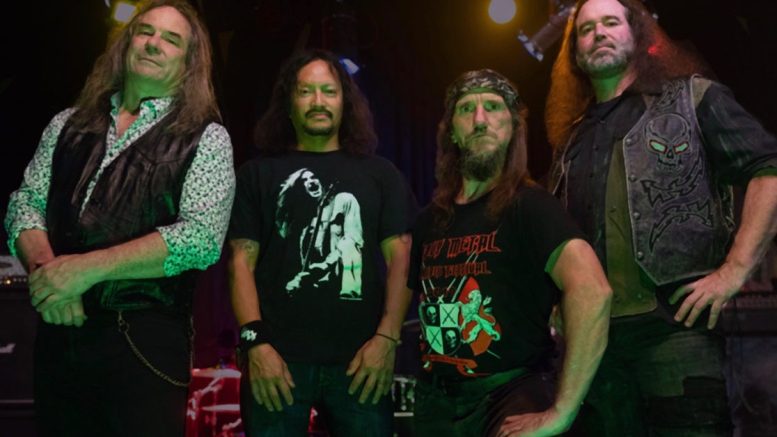 TMI Collaborations, a.k.a., Tina Mattis, delivers yet another solid sender that is sure to please on all fronts: Besides hosting an upcoming 2023 Wacken Battle of the Bands series (four shows in total) at various venues around Sacramento and in the Bay, Mattis is bringing progressive and extreme metal back to The Boardwalk in Orangevale on Jan. 20. She’ll do that by having Blind Illusion headline the festivities.

When singer/guitarist/bandleader Marc Biedermann released his national debut on Combat Records, The Sane Asylum, metalheads at home and abroad were equally in love with, and confused by, the band’s sound. Blind Illusion offers anything but typical heavy metal fare. Their songs change time-signatures while employing a groove that is unique all to itself.

The quartet on that album also featured bassist Les Claypool of Primus, guitarist Larry LaLonde of Primus and Possessed, and famed drummer Mike Miner. And while the line-up has changed significantly since 1988, that is not necessarily a bad thing. Joining Biedermann on the new Hammerheart Records release Wrath of The God – and also serving as the live band – are drummer Andy Galeon, formerly of Death Angel, guitarist Doug Piercy, who played with Heathen, and bassist extraordinaire Tom Gears.

Also on this heavy-handed bill at The Boardwalk are Cemetery Legacy and 24 Gore.

Tickets to the show can be purchased in advance at www.rocktheboardwalk.com for $15 and at door for $20. The Boardwalk is located at 9426 Greenback Lane in Orangevale. 21 and over patrons only. Doors open at 8pm and doors are at 9 p.m.

TOPICS:Blind Illusion plays the Boardwalk 2023The Boardwalk in SacramentoWacken Battle of the Bands series

Be the first to comment on "Technical metal wizards, Blind Illusion, play the Sacramento area’s newly re-opened Boardwalk on Jan. 20"