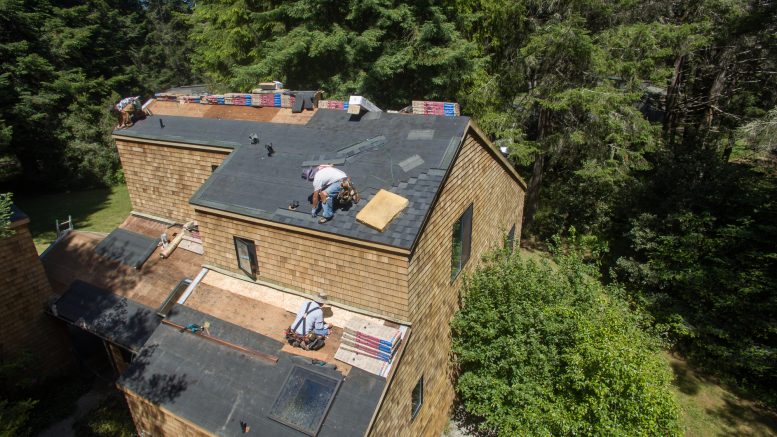 The agency overseeing workplace health and safety in California is missing more than a quarter of the inspectors needed to ensure employees are protected from injury, illness and death. This staffing shortage has led to problems like a drop in on-site inspections, and a backlog of cases left unresolved for excessively long periods, according to three current and recent senior department employees and a review of available data.

The Division of Occupational Safety and Health (DOSH), better known as Cal/OSHA, has been battling staffing shortages for many years. Agency insiders and labor advocates say the workload stemming from additional COVID-related safety requirements, coupled with a pandemic-driven uptick in worker complaints, have brought the problem to a head.

They describe a pattern of stretched-thin inspectors often juggling too many cases and missing or improperly classifying violations as a result, such as commonly overlooked fall risks like missing guardrails on construction-site roofs. Serious violations appear to be undercounted, according to federal data.

Stephen Knight, executive director of Worksafe, a workplace safety advocacy organization, says,  “Workers out in the field are asking, ‘Where is Cal/OSHA? Where is this agency that is supposed to be protecting us?’ They don’t see them. They don’t hear from them.”

In a written response to questions, Peter Melton, public information officer with the Department of Industrial Relations (DIR), which administers the state’s health and safety rules through Cal/OSHA, said that while employers “bear the ultimate responsibility” over employee health and safety, Cal/OSHA’s activities — like prioritizing inspections based on workers at greatest risk — ensure employers “meet those responsibilities.” He added that hiring is a “top priority” for the agency, which includes outreach and advertising in professional journals, on social media platforms and via job boards, as part of a recent aggressive recruitment drive.

In a legislative brief from 2020, agency heads set a goal to fill 65 enforcement positions by the end of that December, and to fill the remaining 70 agency vacancies by the spring of the following year. “DOSH is on target to meet its end of year goal and is also making progress on key hires outside of the enforcement program,” the brief adds.

But a review of organization charts over the last 18 months show that such optimism was misplaced. By the beginning of August — the most recent available organization chart — there were still about 70 vacant field enforcement inspector positions, roughly 27% of the full inspector team. It appears that number would be even higher if unfilled new hires for the 2022-23 fiscal year were factored in.

Some locations and positions have been hit harder than others. The agency’s office in Fremont, which oversees Silicon Valley, had seven of 11 field enforcement inspector positions vacant in August. The whole of California has only one inspector fluent in Mandarin and one fluent in Cantonese, though DIR spokesperson Paola Laverde said the agency also “utilizes on-demand interpretation services through a vendor.”

According to Cal/OSHA’s own calculations, there were 100 open posts across its entire enforcement division at the end of November — including managerial and administration positions — for a nearly 30% vacancy rate overall. Staffing retention appears to be another sore-point. Though Cal/OSHA officials touted 41 new enforcement division hires last year, that number was offset by 25 separations and retirements.

One major reason for  the agency’s inability to plug its staffing holes has been a cumbersome recruitment process put in place after a nepotism scandal in 2019 embroiled the former DIR director, Christine Baker. “It’s now incredibly difficult to hire someone,” said another former Cal/OSHA manager. “And incredibly slow.”

But the three current and former Cal/OSHA employees, along with other agency experts, point to various metrics as proof that the agency’s staffing shortage is impacting worker safety.

Once Cal/OSHA has deemed a workplace complaint valid, it has two responses. One is through a letter sent to employers, which gives them a specific amount of time to respond in writing to accusations. The second is through what is supposed to be a comprehensive on-site inspection.

Since the pandemic, letter investigations have far outnumbered on-site inspections. In the fiscal year 2020-2021, the former  eclipsed the latter 75% to 10%. In the last fiscal year, the ratio was 70% to 14%.

“That means frankly that workers in California have less protection during this period of time when they needed it the most,” said Brown, who pointed out that the number of targeted inspections of high hazard industries appears to have dropped during the pandemic, too, according to the latest data.

In response, Melton wrote that the pandemic put an “unprecedented strain” on the agency’s resources, and the use of letter investigations “allowed our enforcement teams to seek correction of hazards in far more workplaces than if we had relied exclusively on on-site inspections.”

Federal audits, however, have found other deficiencies in Cal/OSHA’s enforcement approach.

In 2021, the U.S. Department of Labor criticized Cal/OSHA for an average rate of “serious, willful, repeat, or unclassified” violations per inspection below the national average, telling the agency to “implement corrective actions.” It also found fault with Cal/OSHA’s citation lapse times — the time it takes between opening a case and issuing a citation — for both safety and health inspections, finding them well above national averages.

One recently retired senior manager explained that citation lapse times are important because employers are required to fix hazards, like a missing or broken guardrail on a saw to protect fingers and limbs, only when a citation is issued. Long lapse times might suggest to employers that a potentially dangerous problem “must not be that important,” said the former manager.

“Cal/OSHA enforcement staff prioritize working with employers to correct hazards during the inspection period so that dangerous conditions can be corrected as quickly as possible, even if citations are not issued until later,” Melton wrote, adding that Cal/OSHA issues higher penalties for serious citations than the national average, “and also issues far more non-serious citations per inspection than inspections in other states.”

If Cal/OSHA staffing shortages remain stubbornly high, worker safety could be ensured through the use of Artificial Intelligence (AI) technologies to best target inspections at the highest risk job sites, said Orly Lobel, a professor and director of the Center for Employment and Labor Policy at the University of San Diego law school.

“The technology is already here, and governments around the world are using it,” Lobel said, about AI tools proven to avert injuries and save money in the process. “It’s a way to be much more accurate, much more efficient, much more consistent and rigorous about making decisions under limited resources.”