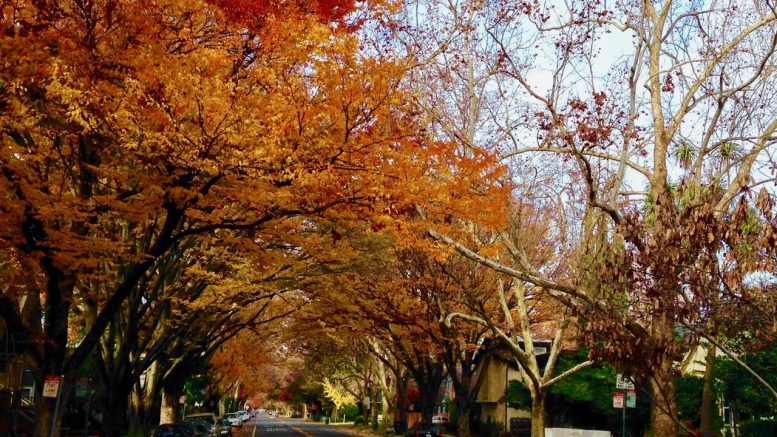 By Maggie Coulter and Zoe Harrison

Sacramento city officials continue to press for the densification of established single-family neighborhoods, ignoring the need for trees and other impacts of cramming in more housing units in areas planned for moderate rather than high density.

The city wants to force accessory dwelling units, or ADUs, and so-called missing middle housing on existing single family lots without concern for increased traffic, parking, and the multiple trash, recycling and green waste cans already clogging streets on garbage day. Densifying existing neighborhoods also eliminates yards which decreases open space, room for trees, and permeable soil that is needed for rain water to be able to recharge the ground water that keeps our trees alive.

In direct contradiction to the goal of increasing the supply of housing, Sacramento allows existing housing, as well as ADUs, to be used as short-term vacation rentals, such as AirBnB, which means that they are de facto hotel rooms – not additional permanent housing. Sacramento has ample hotel space; what it needs is more housing that is affordable.

The State Legislature is also passing densification legislation, like last year’s SB 9 and SB 10, that decreases both public input and the ability of local governments to make land use decisions. State law mandates that cities and counties must allow ADUS and through SB 9 permits any single-family lot to be split with two units allowed on each of the new lots. The YIMBYs (yes in my backyard) stance actually means ‘No to Any Backyards.’

Shoe-horning in more housing does not mean those units will be affordable. Affordability requires subsidies and requirements like inclusionary zoning and price controls – provisions lacking in both the state and city densification mandates. Instead, these mandates just hand more opportunities for wealth building to investors who will only add more market rate housing.

Several neighborhood associations, including  Save Sacramento Neighborhoods, have challenged city planners’ vision. Single-family neighborhoods offer community and stability, anchored by owners and longer-term renters as echoed from a diversity of Sacramento’s neighborhoods: Here are some voices on the topic from those neighborhoods.

From the Deerfield/Mesa Grande community

“In the discussion on developing more multi-family dwellings in underserved neighborhoods like Deerfield Mesa Grande (Franklin/Mack/Valley Hi.), a lens of equity must be taken into consideration when seeking to increase available affordable housing. Systemically underserved, underdeveloped neighborhoods are the first place to be impacted by the repercussions of such initiatives, which is generally followed by gentrification and displacement for long time low-income residents.

If not properly planned, infrastructure and public safety are already areas of concern that would be exacerbated by the initiative.

Climate and the environment must be taken into consideration ensuring green space and renewable energy sources were at the forefront of any development.”

Barbara and Richard Falcon, Board members of the Deerfield/Mesa Grande Neighborhood Association

From the East Sacramento community

“Instead of fundamentally changing old established neighborhoods in Sacramento, the City needs to focus on providing/upgrading resources in neighborhoods that are still ‘food and services deserts.’

Sacramento’s older neighborhoods already have plenty of duplexes and other multi-unit housing – most of which are rentals. The City is pushing for more of them without considering carrying capacity in the equation.

We moved to the neighborhood because it is primarily single-family. We had an expectation that because it was an older, established area that it wouldn’t change drastically. Many homeowners in Sacramento feel betrayed by the City’s plans to densify their neighborhoods.”

From the Elmhurst community

“Elmhurst is a historic neighborhood that is heavily impacted by the exponential growth of the UC Davis Medical Center. That growth is also putting pressure on Oak Park and Tahoe Park. These neighborhoods with less-expensive housing are seeing it disappear as investors come in and are able to evict current tenants and throw up multifamily units. Sacramento’s single-family neighborhoods are diverse and should be preserved as people from all races, ethnicities and economic circumstances want the ability to live and raise their children in predominantly single family neighborhoods.”

From the Meadowview community

“We already have many of the types of housing the city is asking for, including many apartments and duplexes. Small and larger units already exist right next to single-family housing. Density will be a tipping point in the quality of life and health for our neighborhoods. There must be a balance to maintain the tranquility that we all deserve.
The urban forest master plan must be updated to protect and expand the tree canopy. We already suffer from fewer trees and poor air quality.”

From the Natomas community

“Eliminating single-family zoning greatly impacts South Natomas as we would lose a lot of our single-family homes in an already overcrowded and condensed area. We need more homeownership opportunities for the diversity of people who want to live in single family neighborhoods – as so many do. Jamming in more units does not provide either the stability of homeownership or the affordable housing Sacramento needs.”

The reality is that stopping urban sprawl requires specific action to preserve open space including open space easements and outright purchase. Within existing urban areas, well-planned infill development such as the conversion of retail space like malls, can accommodate higher density that can and should include vital trees without eliminating existing single-family neighborhoods.

The city continues to delay the Urban Forest Master Plan, a document that could address needed protection for the tree canopy which keeps Sacramento livable during the increasingly hot summers.

The city’s recent draft Climate Change Plan ignored the impacts of densification on climate, including through tree loss. Sacramento already has large areas without trees, creating urban heat islands. To address the impacts of climate change, the city should be eliminating these heat islands, not increasing them by failing to protect and expand the tree canopy. Fewer trees mean poorer air quality and higher temperatures.

Densification also ignores the climate impact of the continuing drought. More people means more demand for water. Without any limits on lot coverage, as noted above, densification increases hardscape with less area for whatever rain we do have to be able to soak into the ground and recharge the water table.

These concerns raised in Sacramento are echoed statewide including by Livable California and United Neighbors.

Maggie Coulter and Zoe Harrison are part of the group Save Sacramento Neighborhoods. For more information, visit SaveSacramentoNeighborhoods.org.