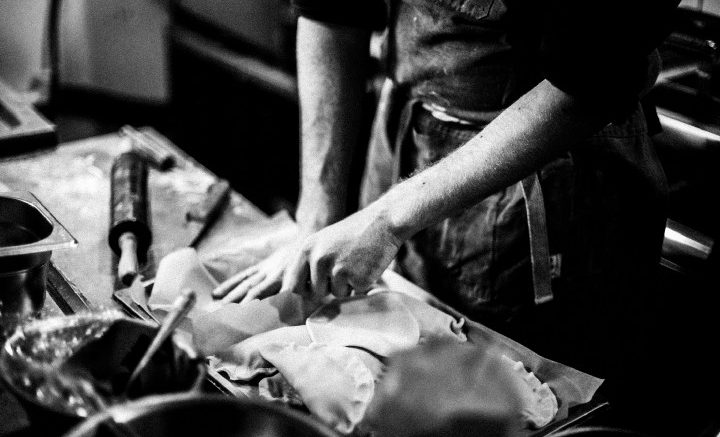 A journalist was able to buy a dead man’s spine for $300, so where are your remains really going when you die?

In the mostly unregulated industry of body brokering, thousands of bodies are being donated to companies under the deception that they’re going to be used to further science. However, many loved one’s remains are being used for something far more sinister.

When Megan Hess and Shirley Koch were arrested for mail fraud and transporting hazardous material, the residents of Montrose, Colorado were surprised. However, when they found out they’d been selling the bodies of their loved ones, that initial reaction turned to rage and shock.

Between 2010 and 2018, the mother and daughter team sold remains and body parts from their Sunset Mesa Funeral Home, to sell on the Black Market for money. Because of the income from their side business, they were able to keep their prices low, so they won most business in the area. According to Reuters, fees for ‘fresh’ bodies can range from $300 to $1,430 per body.

Instead of loved one’s ashes, mourners were given an urn full of cement, that wasn’t even filtered. According to Nastassja Olson, whose mother was cremated at Sunset Mesa, she discovered a concoction of strange objects in her mother’s urn, “I found a bunch of stuff in the ashes that just seemed like it shouldn’t really be there. A bunch of weird metal pieces — almost looked like metal tacks and screws.”

Olson isn’t the only one. Bobby Espinoza’s father, Jerry, was cremated at the funeral home, but his ashes didn’t go to his son. When the FBI raided the business in 2018, details came to light about his father. According to the class-action suit that was filed against Hess, 43 and Koch, 66, “Jerry Sr.’s body had been dismembered and sold for parts.” Hess and Koch “carved off his head and his legs from his body and severed his torso and pelvis. These parts were then sold piecemeal to three different body-buyer defendants.”

The mother and daughter were charged with six counts of mail fraud and three counts of illegal transportation of hazardous materials and could face up to 135 years in prison for their crimes. They are still awaiting trial.

Unfortunately, the problem is much larger than the horror show unfolding in the small town of Montrose.

Towards the end of 2015, neighbours of Southern Nevada Donor Services began to complain about the smell coming from the warehouse, outside of Las Vegas. The company, known as a ‘body broker’, offered families the chance of free cremation if their loved one’s bodies were donated to them for ‘advanced medical studies’. The company’s literature, that was distributed around the funeral parlours of Las Vegas, promised to provide options for their ‘time of need’, but the reality was far more macabre.

When inspectors were called out after complaints from residents, they found boxes of blood in the rubbish bins, discarded innards blocking the gutters and frozen bodies propped up outside, defrosting in the sun.

In a mainly unregulated industry, the company was dissecting bodies to sell for training, research and ‘other activities’. Profiting from the sale of humans isn’t new. In the case of Burke and Hare in the 1820s, they took to the streets of Edinburgh, Scotland and stole bodies for a year, before they were caught. Their crimes led to the Anatomy Act of 1832, which prohibited the illegal trade of corpses in the United Kingdom.

According to Reuters, in 2017, there were 34 body brokers across the United States and only nine of these were non-profit companies. The industry is huge and there’s a need for cadavers across the country and worldwide.

The industry relies on low-income families, who can’t afford burial fees, to provide fresh bodies to these companies. In return for their contribution to science, they receive a small portion of the ashes for free. Companies such as Southern Nevada Donor Services deal directly with the families and often make unsolicited visits to the beds of dying patients. For some, not having to pay for an expensive funeral is a relief, but for those who are carolled during their relative’s last breath is tactless.

But what happens to these bodies?

Some do go to support the training of the next generation of doctors, nurses and other medical practitioners. Many are used to train for real-world circumstances, like learning to insert apparatus or learning surgical techniques, but many bodies go elsewhere.

In 2016, Cody Saunders was on his way home from a dialysis session when he died from a heart attack. He was only 24 years old but had already undergone 66 surgeries and over a thousand dialysis treatments. His parents couldn’t afford to cremate or bury their son, so they turned to Restore Life USA to donate his body to science.

A month later, Cody’s cervical spine was sold for $300 plus postage, to a reporter. Reuters wanted to see how simple it was to buy human body parts without a medical license, and after a few emails between the reporter and a representative from Restore Life USA, it appeared as easy as buying a used vinyl from an eBay seller.

In November 2019, Biological Research Centre Inc was taken to civil court by 21 families whose relatives’ remains had been donated to the body broker under the ruse that the remains would be used for science.

During the trial, the company’s price list was revealed. The fees vary, but the price of a torso without a head was $4,000, and the purchase of an arm and shoulder would cost $600. According to abc15.com, one woman was awarded $6.5 million in compensation because her son’s remains were sold to the military for testing against crashes and explosions.

According to a retired FBI agent who was part of the initial raid, there were bodies piled on top of each other, and one torso even had a smaller head sewn back on to the shoulders. He testified that some of the agents involved had to attend therapy after the raid, due to what they’d witnessed.

In total, the jury awarded $58 million to the ten plaintiffs who appeared in court to testify. The body broker was shut down in 2015 after the raid, and owner, Stephen Gore, was convicted of mishandling body parts.

Attorney Michael Burg, who was representing the families said, “If someone, unfortunately, dies, if they have a heart or liver or eyes that can then be transplanted into someone who needs them, it can save their lives. But even though body brokers compare themselves to organ donation companies, they’re really body snatchers — and they don’t even have to dig up the bodies.”

In 2018, the Colorado General Assembly agreed that more needed to be done about the body broker industry. They created the law, Offenses Committed Against A Deceased Human Body, which prohibits anyone who owns more than a 10% share in a funeral home or crematorium from also owning a body broker business. It was the first legislation to be determined in the United States.

According to organdonor.gov, 109,000 are currently on the transplant waiting list. Leaving your body to a legitimate organ donation company is a wonderful thing, but please, make sure you know where your body’s going before you sign.