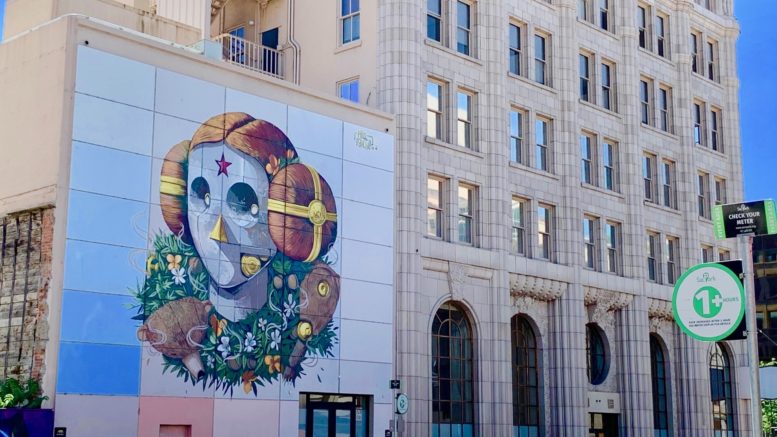 Valenzuela’s plan for stabilized workforce housing in Downtown gets support from Mayor, Vang, Guerra – and opposition, foot-dragging from the Council’s old guard

Despite one independent report after another indicating that Sacramento’s affordable housing problem is among the worst in the nation – a crisis-creep that has affected peoples’ lives for over five years while growing even more dire during the pandemic – the need for concrete, immediate action is still not a mantra that’s embraced by the entire city council.

Perhaps, not even half.

That’s the message some advocates took from May 11, when councilwoman Katie Valenzuela and Sacramento’s housing authority unveiled a proposal to give middle-income tenants within the city’s workforce stabilized rents in Downtown for years to come, only for the plan to be opposed by some of the same elected officials who’d eliminated vital affordable housing strategies on the eve of the crisis.

One of the few things housing advocates and developers agree on is that Sacramento needs tens of thousands of additional living units for lower and middle-income earners if it’s ever to pull out of the mire. The latest chance to work on that equation came when California Municipal Finance offered a partnership with the City to build 180 multi-family, middle-income living units that would be rent-protected for 15 years. The plan involves the City joining as a non-voting member of a Joint Powers Authority with CMF, a structure which in turn allows for the issuance of tax-exempt public purpose bonds to finance the housing project on publicly owned land. According to officials, the only direct cost to the City would be an annual $162,000 loss to the tax roll. The City’s yearly budget is more than $1 billion.

For Valenzuela and Mayor Darrell Steinberg, that’s a deal, considering the housing would be well-suited for teachers, state workers, emergency responders and other essential professionals.

Ben Barker, an advisor for CMF, assured councilmembers that the arrangement didn’t leave the City on the hook for unexpected expenses.

“This kind of financing has been around for quite a while, and it has a proven record on the East Coast,” Barker explained. “Sacramento obviously has an affordable housing shortage, and what this middle-income opportunity does is create an opportunity for people who are transitioning out of affordable housing into the next step … This will not cause any risks or responsibilities for the City.”

Valenzuela, who’s been leading the charge for City Hall to explore this option, discussed why it was important.

“I always glance, because I’m curious, when I see a fancy new project go up in the district, and I ask, ‘how much would it cost for me to move into that?’ – and it’s pretty incredible what rents are going for in our region right now,” she noted. “So, for this opportunity to come along … This is going to cost us nothing, and we’re basically going to restrict these rents so it’s obtainable for folks who work in our city, people that we need.”

She added, “This is really exciting for me.”

But District 1 councilwoman Angelique Ashby, who just announced she’s running for the State Senate, made it clear she wouldn’t support the project because it involved creating another “highly complex” JPA.

“I’m also concerned that we would be a non-voting member of a JPA, that sounds complicated to me,” Ashby said, “and I don’t like the idea of losing control of the land.”

Recently elected District 2 councilman Sean Loloee expressed his own doubts, complaining the plan’s agreement read “like another language,” and that he wasn’t sure about “subsidizing” middle-income housing.

“Where do we draw the line?” Loloee asked aloud.

Vice Mayor Jay Schenirer and District 3 Councilman Jeff Harris also expressed hesitancy about supporting the proposal, both asserting that it would probably take a lot of time, staff reports and follow-up meetings before they could come to a conclusion. Based on recent history, that means that the process Valenzuela that is trying to swiftly move along could end up taking multiple months, if not years.

“It is a rather adventurous approach, but I would like to see a more-full analysis,” Harris said. “I find myself wanting just a little bit more information.”

Ashby, Schenirer and Harris’s noncommittal stance – or refusal to move quickly – was bound to upset tenant groups and housing advocates, as that same trio voted in 2015 to let developers out of their obligation to physically build affordable housing in the city, and then the following year voted to allow the Railyards – the largest urban in-fill project the city’s likely to see in a generation – out of its own affordability mandates.

But Valenzuela did get backup from other corners of the dais, including from District 6 councilman Eric Guerra, who’s also running for State Senate.

“What we’re seeing is our basic working, middleclass families can’t even afford to live in the area that they’re supporting, where they’re trying to maintain the economy,” Guerra said. “We need to act if this is an opportunity for Downtown, so it doesn’t turn into San Francisco.”

A recent study by U.C. Berkeley Lab found that San Francisco is suffering a mass exodus of residents, with unaffordable housing being a major reason given by those heading out of the city in their U-hauls. Some yet-to-be-determined percentage of these moving trucks have been arriving in Sacramento, further driving up rents in a city already suffering some of the highest year-to-year rent hikes in the nation since 2015.

Alluding to that, District 8 councilwoman Mai Vang pressed the need for action.

“I do appreciate the creativity,” Vang said of the CMF plan, “because I think it’s also another strategy to respond to changing demographics and provide solutions to a really diverse range of incomes and generational housing needs.”

Perhaps Valenzuela’s most vocal supporter was Steinberg, who appeared visibly troubled by the micro-managing logic and clear lack of urgency from his colleagues. Though the proposal won’t come up for a final vote for some weeks, the mayor decided to weigh in without ambiguity.

“I believe we should move forward with this, and I want to put the issue into context for just a moment: We get to rent-protect 180 units for 15 years,” Steinberg stressed, “in the Downtown-Midtown area where young people, and people of all ages, are having a hard time being able to even think about affording to live there … To have quality housing in the middle of our central city, I think we’d be missing out on a tremendous opportunity if we just said ‘no’ to this.”