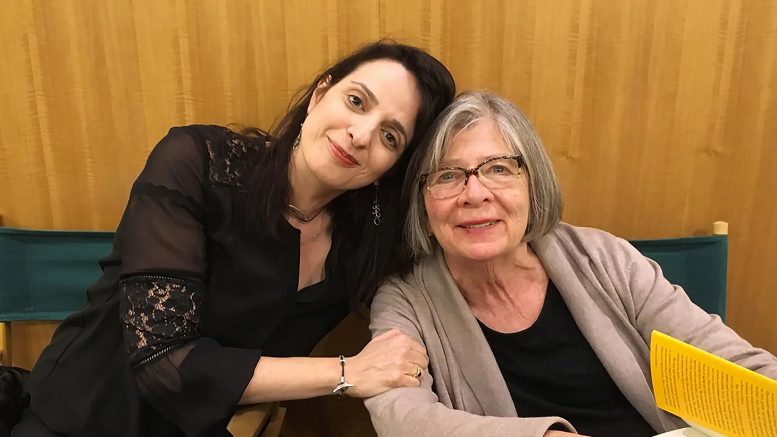 The author leveraged her success to fight for both struggling writers and struggling workers. Alissa Quart reflects on her late mentor’s mind, heart and soul.

When Barbara Ehrenreich’s book “Nickel and Dimed” came out in 2001, it created the kind of sensation usually reserved for Hollywood tell-alls. Not only did Ehrenreich’s muckraking chronicle of low-wage work in America become an instant bestseller, but it sparked a national conversation about one of the country’s most glaring contradictions: grinding poverty in the richest nation on earth. The volume also turned Ehrenreich, who wrote 21 books on a dizzying array of topics, into a celebrity among labor and anti-poverty activists as the living wage movement spread across the U.S.

Ehrenreich, who died last week at 81 (and was a member of Capital & Main’s advisory board), wrote a bestselling sequel to “Nickel and Dimed,” the 2006 exposé on unemployed white collar workers “Bait and Switch.” Six years later, following the Great Recession and the contraction of traditional news outlets, she started a fledgling effort to employ struggling journalists, the nonprofit Economic Hardship Reporting Project(EHRP).

Ehrenreich chose the author, poet and journalist Alissa Quart to run EHRP, which has become one of the leading American sources of narrative storytelling on inequality. We spoke to Quart about Ehrenreich’s work and legacy.

This interview has been edited for length and clarity.

Question: You and Barbara developed a singular approach to writing about inequality in America by hiring writers who were themselves economically challenged. What were the two of you trying to accomplish?

Was it her experience in writing that book and seeing the reaction that led to the creation of EHRP and continuing to tell the story of the other America?

She saw contingency and suffering amongst journalists that she had only seen elsewhere. And she’s like, “Oh, now they’re coming for my kind.” And she was someone who was ready for battle.

So EHRP was as much an effort to keep economically endangered writers and journalists employed as it was to tell the story of inequality in America?

Yeah, absolutely. And our motto, which I came up with a few years ago, was “saving an endangered species — journalists.” And that is sort of the ethos of the Works Progress Administration, the Farm Security Administration, but only someone with her kind of vision would see that history was repeating itself and then would act on it.

“Nickel and Dimed” made her a household name. What do you think explains the huge success of that book?

I think it’s partially the undercover thing. And I think that device cut through people’s distrust of the topic or their disinterest or their fear. It was one of those books that captured something that was unsayable at the time. In a way, poverty was the P-word in the Clinton period. And I think we were all supposed to be doing great. We were supposed to be yuppies. It was recession-proof. Whatever. So I think part of it was saying these truths that people were experiencing but really were not part of the political conversation.

Did Barbara ever talk about the irony of her making real money for the first time in her life from a book about the struggles of low-income workers?

Yeah, this is the kind of stuff she would cackle about. I don’t think she was guilty, but I think it made her willing to share her time with younger writers, which she might not have been able to do if she hadn’t had this bestseller. This is a person who really always walked the walk.

Barbara spent most of her adult life as a progressive writer and activist. And then in the last years of her life, she’s watching the country descend into this anti-democratic extremism and sees a new war on women’s rights. Was she profoundly discouraged by the state of the country?

Yeah. She said that amazing thing to “The New Yorker,” that it’s not completing a struggle while you’re alive, but it’s struggling till you die. And I think she just thought that you have to fight. She knew how to fight. And so it was depressing, but in some ways I think she got energy from fighting villains and the Trump administration was an incredibly clear villain.

What do you think Barbara’s contribution has been to our understanding of America’s incredibly complicated relationship to wealth and capitalism and class and inequality?

I think she’s up there with Upton Sinclair and George Orwell. I think she is on that shelf, I really do. She had a political mind and was a brilliant person, but a lot of it was about people who felt seen. I think those were many of the people buying that book. That’s almost unheard of, that you’d give working people who’ve been obliterated from media and politics an opportunity to feel seen.

How did you meet Barbara and what was your first impression of her?

I met her when I was working on a film called “The Last Clinic,” about the last abortion clinic in Mississippi, in Jackson. I had a conversation with her about the story of Jane and networks of abortion rights folks. She had encyclopedic information about women’s health. I think that’s one of the things that’s left out of these stories about her is just how multitudinous and somewhat eccentric her interests were. She would know immense amounts about strange things. She did a book on self-help, on blood rites, on men in warfare. She was seen as this kind of labor godmother, but the range of her work is really fascinating.

On a more personal level, what was it like working with Barbara?

She was amazing. She didn’t suffer fools. Running a nonprofit was interesting with her because she did not love meeting with philanthropists. The people she loved were the writers. We’re getting responses from dozens of writers saying she changed their life and gave them money and ballast, but also just took them seriously, listened to them, got them to tell their story and report in new ways. And she was really amazing to young women, which is not always common.  That interest in women, younger women, who she saw herself in was really unusual and truly feminist.