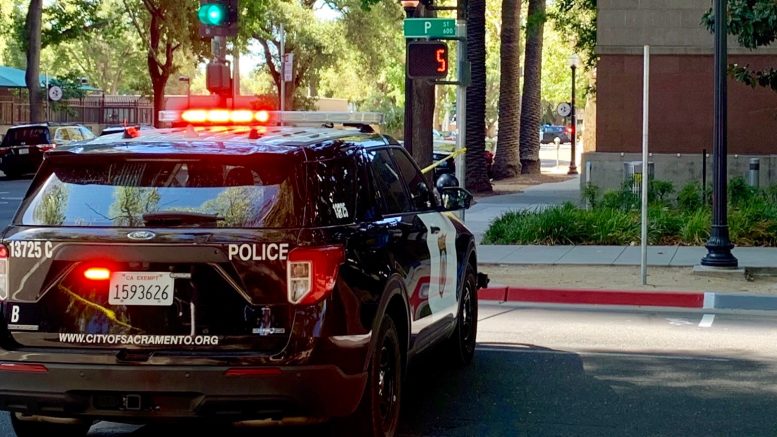 From city streets to the avenues of the county, Sacramento’s early fall weather ushered in some startling challenges for law enforcement after 8 people were murdered in just 12 days.

The string of killings started on the third week of September, when Sheriff’s deputies arrived near the corner of Stockton Boulevard and 65th Street for reports of a man being shot on the side of the road. They didn’t see anyone, though a 911 caller also said the victim had jumped into a car that sped off. Deputies then headed over to a nearby hospital. That’s where they noticed “a bleeding adult male walking towards them in the parking lot.” The gunshot victim was taken inside, where he later succumbed. Sheriff’s homicide detectives are assigned to the case. So far, no arrest have been made.

Four days later, on Sept. 25, gunfire suddenly erupted around 1 a.m. near J and 28th streets. Arriving Sacramento police officers discovered a man near the Midtown intersection who was losing blood. An attempt to revive him didn’t work and firefighters pronounced him dead on-scene. Early reports suggested that there could have been two shooters involved in the murder. Sacramento police detectives eventually identified 23-year-old Michael Escobar as their suspect. He was later captured by a regional SWAT team in West Sacramento. Police say that the investigation is still ongoing as to whether there were additional shooters.

The city’s homicide unit didn’t get much time to breathe before it was working another scene – this time a double-murder.

The very next day after Escobar allegedly committed his killing on J Street, officers were racing to South Natomas where two men were found shot inside a car. Their vehicle was parked off San Juan Road near the Woodbridge Apartments. It was an hour before midnight when the shots rang out. Both men in the car died. Police said the victims were an adult and a teenager.

Only 20 minutes after the pair was killed, bullets started flying on Arcade Boulevard in Old North Sacramento. The early 911 reports were that a house was ablaze. Pulling up, Sacramento officers caught signs that a fire had been lit at the unit, but they initially didn’t spot anyone who was hurt. Later, police came in contact with two gunshot victims who were on a lane just north of Del Paso Regional Park. One was rushed to the hospital. The other died.

Two days passed before city detectives had another case in front of them. It started just after 9 a.m. when shots were fired on 6th Avenue in North Oak Park. Responding officers determined whoever was hit had attempted to drive themselves to an emergency room. Investigators were eventually able to confirm that – and confirm that the man had died before doctors could save him.

At that point, Sacramento police had five murder victims logged within a 72-hour window, not accounting for the Sheriff’s probe of the slaying on Stockton Boulevard.

It wasn’t about to stop. Not for them. Nor for Sheriff’s investigators, either.

The next night, around 8:44 p.m., a 54-year-old man named Darin Chastain was wandering around on Kenneth Avenue in Carmichael not far from the California Avenue intersection. Authorities say that Chastain was someone who’d been living on the streets. He reportedly began loudly screaming and throwing rocks at the garage door of a nearby house. A Sheriff’s official noted Chastain appears to have be been under the influence as his erratic behavior intensified. Someone on the street called 911, but before deputies pulled up, a neighbor of the house being pelted came outside. He was trying see what was happening. That was 74-year-old James C. Raleigh; and according to the Sheriff’s Office, he was worried about the welfare of an elderly neighbor when he ventured out. Chastain allegedly rushed at Raleigh and attacked him. The deputies driving into the neighborhood were able to quickly apprehend Chastain. They were beginning to speak to Raleigh about the assault he’d just endured when he collapsed, unable to breathe. The deputies launched CPR as firefighters raced to the house. It was too late.

Chastain is currently being held without bail on a murder charge.

Sacramento Sheriff’s Lieutenant Rod Grassmann referred to the incident as “an unprovoked and senseless homicide.”

Around 3 a.m. on Oct. 3, Sacramento police got a shooting call on Elder Creek Road close to the Morrison Creek waterway. Officers arrived to find a man gunned-down roughly a block from the city’s Asian Resources Inc. He died where he fell.

Of the eight murders within a 12-day window, six happened inside the incorporated city. Sacramento Police Sergeant Zach Eaton told SN&R that, for the moment, none of those killings have been identified as part of chain of retaliation.

“So far, we don’t have any direct evidence linking any of these murders together, as far as the ones that started on J Street and ended this week with the Elder Creek incident,” Eaton said. “Of course, that could change as we get further into the different investigations, but right now it’s not apparent there are any connections.”

Yet if the spate of killings were essentially random, that presents detectives with plenty of challenges.

“With some of these homicides, we really don’t have a lot of leads,” Eaton stressed. “We do need the community’s help. If anyone saw something, if anyone has information, they can call Crime Stoppers (916-443-4357). We are looking for witnesses.”

Be the first to comment on "Sacramento neighborhoods experience 8 murders in 12 days, no connections identified yet"