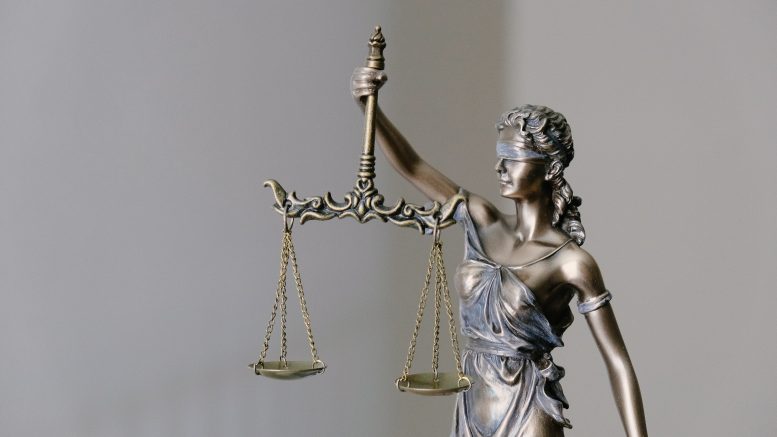 Most frontrunning incumbents avoid debate stages. Especially in crowded primary fields, debates pose too much risk of wall-to-wall attacks and unforced errors. Consequently, incumbents spend much of their campaigns either deflecting debate challenges or trying to limit their number and format as much as possible.

This is partly why California voters haven’t seen a statewide televised debate for any office in nearly six years. The last came in 2016 when Democrats Kamala Harris and Loretta Sanchez faced off for Barbara Boxer’s open U.S. Senate seat. Since then, citizens have voted for governor, seven other statewide Constitutional offices, another U.S. Senate seat, and the 2021 Newsom recall, and none featured a single statewide televised debate.

But this year’s primary for California attorney general is unique because not only has the appointed incumbent Rob Bonta yet to express interest in debating, but two of his four primary opponents have also been largely silent on this and most else related to their campaigns. But as is often the case, a no-comment can be as illuminating as an evasive on-the-record answer.

Over the last two weeks, SactoPolitico.com reached out multiple times to all five attorney general candidates. They are Democrat Bonta, Republicans Eric Early and Nathan Hochman, Green Party progressive Daniel Kapelovitz and center-right independent Anne Marie Shubert. But only Early and Kapelovitz agreed to interviews, and both reported having heard nothing yet about debates in the race – be they a statewide event or regional/online format.

Bonta’s silence is not surprising, even though he is not a typical incumbent. That’s because he has yet to face a statewide electorate for his current position. Gov. Newsom elevated him from the State Assembly a year ago after Xavier Becerra stepped down to join the Biden cabinet as U.S. Secretary of Health & Human Services.

But more curious is the relative silence of Hochman and Shubert. At least based on fundraising, they would appear the top contenders for the second Top 2 primary spot. Both have raised more than $1 million, and normally, one would expect them to be leading the charge for debates, if only to paint Bonta as running scared. But given the far-right fervency of the remaining GOP base, both Hochman and Shubert may fear exposing too much, too soon of their more moderate candidacies when they need as much of this base vote as possible to finish Top 2.

After all, current Sacramento County District Attorney Shubert is a former Republican who switched to Independent after Trump’s 2016 election. Hochman is a classic Main Street conservative who served as an assistant attorney general in the George W. Bush Administration, and he avoids saying whether he voted for Trump in 2016 or 2020.

This contrasts with the other declared Republican in the race. Early is a proud Trump supporter and is working to call both Hochman and Shubert out as fake conservatives. Early feels if he can widely expose that, he has a good chance of making Top 2.

“They are both left-leaning. To me, they are very much the same but for their alleged party designations,” said Early, who is managing partner of a nationally recognized Los Angeles law firm. “We need an attorney general who isn’t politically correct and someone who hasn’t worked in government before. That is me.”

Like both Hochman and Shubert, he is running on a get-tough-on-crime platform. In his interview, he called California a “criminal’s paradise” and said he opposes early release programs and no cash bail. He also touts his work as having helped launch the conservative focus on critical race theory as a force indoctrinating students “in every single public school in California right now – starting in kindergarten going through to college.”

“Four years ago as lead lawyer, I represented parents in Santa Barbara when their school district refused to share teaching materials,” Early said. “We were able to force release of the materials. At the time, nobody had heard of the term critical race theory. It was called ‘unconscious bias training’ then, but that case was the spark the led to so much of what is now called the movement against CRT.”

Early has been endorsed by the Californian Republican Assembly and is optimistic he can win the official California GOP endorsement at their convention in Anaheim later this month.

At the other end of the political spectrum, Kapelovitz has been endorsed on a unity ticket formed by the Green Party and the Peace & Freedom Party. Because of the three-way fight for center-right votes by Shubert, Early and Hochman, Kapelovitz believes this could split that vote enough to give him a chance to finish second.

“Most of California is pretty progressive. If I am in the Top 2, a lot changes [in the general election] because a lot of people are normally afraid of voting Green Party. But if I make Top 2 against Bonta, then no one is afraid of wasting a vote,” he said.

In terms of his key issues, Kapelovitz said, “I am a criminal defense attorney, so I am really into criminal justice reform. I think the Attorney General can have a big impact on the environment as well. There is also a big case going to the Supreme Court on a California law I am following that treats animals better than elsewhere. I can’t see how that will be overturned.”

He added that he isn’t anti-police, but he is disappointed by how resistant many police forces have been to change after the George Floyd murder.

“I understand police are upset a little bit, but it is not hard to not murder someone when doing your job. They can do it. They need to be trained better with de-escalation rather than escalating. It is not hard to not kill someone with choke holds and other tactics,” he said.

Kapelovitz said he hopes to debate issues like this with the other candidates, but so far hasn’t heard anything official about debates.

Shubert did appear last weekend on Inside California Politics, which is broadcast on local Fox affiliates across the state, but none of the questions delved deeply into the primary race. She was invited on in light of the recent Sacramento mass shooting blocks from the capital building, but Shubert couldn’t discuss any details since her office’s involvement in the investigation. She did, though, give a somewhat rambling answer to the question of whether the shooting happened because we need stricter gun laws or need stricter consequences.

“We can debate all day long gun control versus gun laws and accountability, but we have to always be willing to hold people accountable. When we have individuals – again not talking about this case – but in general, when you have individuals that are committing crimes using guns, particularly ones that are felons or those that should be prohibited from having weapons, we have to not only be willing to hold them accountable and use the full weight of our laws and not weaken accountability, but we also have to not let them out of jail early,” Shubert said.

This would have been an ideal moment for the host to burrow in on specific changes Shubert might recommend for the early-parole program for non-violent offenders. Nearly two-thirds of California voters approved it by 2016 state proposition. One of the individuals charged for a crime associated with the Sacramento shootings had served a shortened sentence for domestic violence, a felony eligible under the program for early parole. So should some or all “non-violent” felonies like domestic violence be exempted from early parole?

And what are her views about a current state legislative bill that would make it easier for private citizens to sue gun companies on product liability grounds?

And what about asking Shubert whether if it is fair to blame the current attorney general for crime in California after just one year in office, then shouldn’t she shoulder some blame for Sacramento crime during her three terms in office? But none of these questions were asked.

Hochman also recently appeared on Inside California Politics, but received no questions on this topic. (But host Nikki Laurenzo did press him on his refusal to reveal whether he voted for Trump).

Also yet to be probed is Hochman’s listing the opioid epidemic as his second priority. This is laudable, but he doesn’t just pledge to fight the more than two-decades-old crisis but to ambitiously “end” it. This begs details for how given interstate nature of the deadly problem. Plus, his web site focuses only on the synthetic black market version of opioids, fentanyl. It makes no mention of U.S. corporate makers and distributors of opioids who were mostly responsible for establishing the epidemic, which claimed more than 5,000 Californian lives in 2020 alone.

Also worth asking Hochman and all attorney general candidate is whether they might seek state legislation or a federal exemption to change FDA mislabeling of opioids like Oxycontin in 1996 as safe for treating moderate pain with low chance of addiction. Last year’s HBO documentary “The Crime of the Century” proved the actual criminal fraud behind that mislabeling. So given the federal government granted California an exemption to enforce stricter national fuel-efficiency standards on vehicles sold here, why not pursue a stricter labeling standard for opioids sold in California?

Asking such questions and probing such issues is how the public interest is served. This can be done in media interviews, but are most effectively done during election debates that allow voters to evaluate all candidates at the same time on the same issues. But three of the five attorney general candidates are avoiding such questions – “taking the fifth” in the public square, so to speak. So count California voters among the forgotten victims this primary season.

Be the first to comment on "In a closely watched race in Sacramento, most Attorney General candidates are taking the fifth"