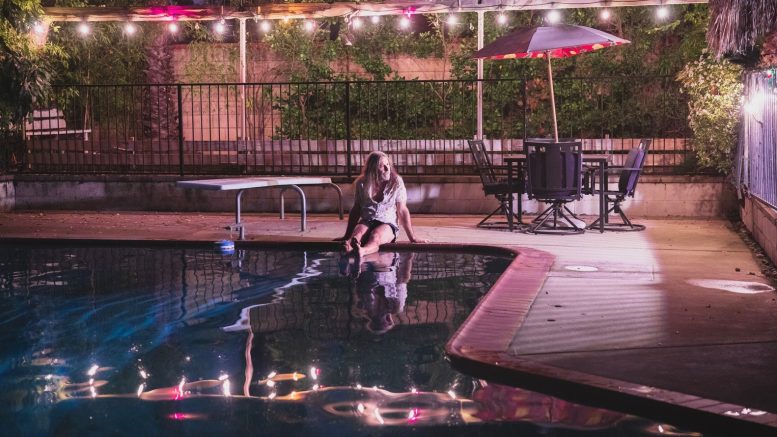 Stephen McBean will bring the sounds of Pink Mountaintops to Sacramento on Saturday, April 30. Courtesy photo

After a raucous show opening for Dinosaur Jr. at Ace of Spades in February, L.A.’s Pink Mountaintops are returning to the Capital City. This time, they’ll be taking the stage at Goldfield Trading Post in Midtown for a performance on April 30.

Joined by supporting act Ashley Shadow, Pink Mountaintops are working their way through a 23-stop nationwide tour to support their newest album, “Peacock Pools” — due to hit stands and streamers on May 5.

Pink Mountaintops frontman Stephen McBean said that the album was conceived shortly after a move to Arcadia. He received his new keys in early March 2020 — just a few days before COVID-19 shelter-in-place orders went into effect.

“I saw on Instagram that a couple of my friends were also shacked up and locked down with their recording gear,” McBean said.

While settling into his new home, McBean began testing his gear and instruments and discovered sounds that inspired a campaign to rally the troops. That included drummer Ryan Jewell, who played with Riley Walker when that band opened for McBean’s other band, Black Mountain.

“Honestly, the album took me a little bit by surprise when it started going from a couple songs into the focus of the album and the people that played on it,” McBean said.

At the front of vibratious and folksy Ashley Shadow — who’s latest album “Only the End” is available on Bandcamp — is singer Ashlew Webber. Fun fact: Webber’s twin sister Amber is also in McBean’s other band, Black Mountain.

Ashley Webber and McBean’s years of shared history has found them collaborating on Pink Mountaintops songs as early as that band’s 2006 album, “Axis of Evol.” Webber also said she’s toured quite a bit with the Pink Mountaintops, though she hasn’t been able to join them on the road since 2016.

McBean lamented that, during the recording sessions, JagJaguar Records ended their contract with Pink Mountaintops. The loss of support from JagJaguar left McBean with four unfinished tracks and momentum to keep going.

“I have to admit, it was a huge bummer at the time,” McBean acknowledged. “We’ve worked together for like 18 years. I sent [the remaining mixes] to a guy I know from ATO Records. He heard it was like, ‘Oh, yeah, I can do this.’”

With a new address and a new label, McBean said it felt like a clean slate. The transition found him making a record “for just the hell of it,” a feeling he says he’s used to.

“It was almost like going back to the beginning,” he said. “Your mind can get swayed by reasons and I think that’s why it’s a little … all over the place. Some songs were old songs; some songs were new songs that came out of just me literally testing gear. The song “Muscles” was just me with a moog stand and my Lindrum making something just to test the sound.”

While McBean was unable to bring Jewell, McDonald or Crover on the road to join Pink Mountaintops, he’s confident the updated “killer” lineup won’t disappoint. Singer and guitarist Emily Rose — a featured vocalist on “Peacock Pools” has joined the band for the tour in addition to former Flaming Lips drummer Kliph Spurlock.

“Everyone’s busy again,” McBean said. “This seems like a really good ragtag bunch of freaks to put together a really fun rock and roll live version of Pink Mountain. I have to say I kind of lucked out again.”

Midtown’s Goldfield Trading Post is an oasis for thirsty Sacramentans just as it was in 1910 when, in a former life, the sign on the door read “Sunrise Saloon.” Today, patrons enjoy the advantage of live music most nights and a drink list with a variety of brews and signature cocktails.

Goldfield’s production manager, Simon Pesely said he’s glad to welcome Pink Mountaintops to Goldfield Midtown. The venue has recently expanded to a location in downtown Roseville, scheduling the first set of bands there in Nov. 2021.

“It’s a much larger club,” Paisley says, comparing the size of the Roseville location to Ace of Spades. “We went full state of the art on it and built it out. We began doing shows out there amidst construction and we’re now open seven days a week as a restaurant and bar there.”

A faded shot of McBean sitting poolside in his backyard graces the cover of Pink Mountaintops’ latest album. Seated on a wicker throne and surrounded by the same recording equipment he tested while creating the album, McBean channels a laid-back rock yogi in his element.

“That was one of the things about Arcadia,” McBean said. “It’s got the wild peacocks and I manage to luck out and find a pool. Never had a house with a pool before so I’ve been spoiled. It’s a pretty big pool.”

Webber said she finds herself falling into certain routines while on tour. One being a habit of stowing away hotel pillows so she can sneak in a nap when rest is short-at-hand. She also said that hours of monotony on the road need to be broken up with the occasional fitness regimen.

“We’re touring in an RV this time, but we need to prep for this,” she said. “It makes you feel a little bit more normal; I don’t know. My bandmate and I joke around. ‘Do we need to go to boot camp?’”

Though Pink Mountaintops’ newest release was hashed out during a time of masks, a pivot in record companies and a deflated live performance schedule, McBean said being on the road gives him immediate relief from the stresses of home.

“To be honest, as soon as I get in the van and we leave on tour 85 to 95% of my life anxiety vanishes,” he said. “There’s so much planning and stuff. People get really hung up on, ‘You got to have all these followers to get people to latch onto your music.’ I feel like it’s still basically like, go out on the road. Put in 110% and … everything else does kind of fall into place.”