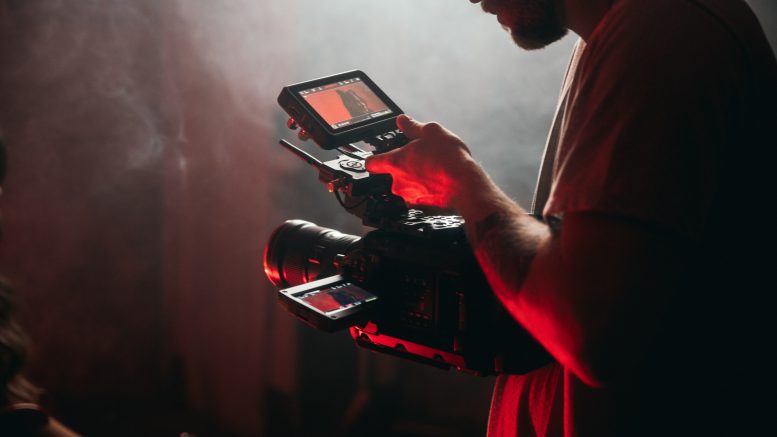 Many items in this midterm election roundup remind me of a 1990s quote from former Chicago Mayor Richard M. Daley. When asked about recent poor voter turnout in a local election, Daley shrugged, “Ehh, there’s nothing you can do about voter apathy.”

Ah, to opine apathetically on apathy. Fortunately today, California does not suffer from voter apathy. Thanks to the 2015 motor voter law, the state now has more than 22 million registered voters, and statewide mail-in voting in 2020 contributed to the highest voter turnout in nearly 50 years, with 71% of eligible voters and 81% of registered voters casting a vote.

But California does suffer a different kind of apathy: media apathy. At one time, media outlets would hotly ramp up each primary season like a political March Madness and prepare for general election contests as if it were the Super Bowl. But with mail-in ballots for the June 7 primary to be sent out in a little more than a month, voters can find little of any depth on the candidates and issues.

That’s not the case at SactoPolitico.com. We launched 41 issues ago specifically to fill some of the widening gap created by political media apathy. This includes this issue’s in-depth Q&As with the two principle opponents to 77-year-old Rep. Doris Matsui: Progressive Democrat Jimmy Fremgen and Republican Max Semenenko. (Matsui’s campaign did not respond to multiple Q&A offers.)

And here are other election roundup items and a variety of story updates surprisingly not covered by any other media outlet in the state.

Earlier this month, the California Republican Party released its list of endorsed Congressional and State Legislative primary candidates. But no media outlet noted that the CAGOP’s number of endorsed candidates is down almost half as compared to 2020. This has dropped from 115 endorsed Republicans last cycle out of 153 total seats to just 60. Some more endorsements are expected after a few contested primaries work their way out, but its a remarkable decline with the Republicans effectively not contesting a huge amount of the state.

Further, only 14 of 60 endorsed candidates are female, or 23%. This is down from 30% in 2020. This despite CAGOP Chair Jessica Patterson celebrating opposite day in a March 13 tweet: “The future is bright for women in the @GOP.”

But is the overall drop-off in endorsements just a reflection of the overall drop in the number of registered Republicans statewide – now 23% versus 47% for Democrats? Also is the party being more cautious this cycle after endorsing so many uncontested Republican candidates in 2020 who were later discovered to have QAnon associations and hate speech on their social media walls?

The CAGOP did not respond to a couple requests for comment. However, they did receive these as the first request noted U.S. Rep. Darrell Issa was left off their original endorsement list, and this was soon corrected.

In the age of shrunken newsrooms, many political media outlets try making up for their drop in original reporting by featuring links to other political coverage. Though it is a journalistic “lazyman” tactic, it does provide reader value; however, consumers of political media today are even underserved by this simple aggregation service. Consider the following SactoPolitico.com stories shared with most major media that none deemed newsworthy to link to:

One other S/P exclusive did briefly attract some attention from the Sacramento Bee. This was my Jan. 7 scoop titled “Did U.S. Rep. Ami Bera cook his constituent service numbers?” It documented many major inconsistencies in Bera’s claimed number of constituents assisted and the money recovered from the federal government for them. This included late last year a sudden, unexplained $1.2 million leap in claimed recovered money right before Bera launched his campaign in a redesigned House district that features 44% of voters new to him.

No one from Bera’s office or campaign responded to more than a dozen outreaches for comment or backup data. But a few days after publication, a Bee reporter emailed me to say Bera’s office did provide “quite a bit of documentation” on their constituent service data. The Bee reporter said he ran Bera’s documents “by an independent analyst who said [Bera’s] figures appear accurate” and the Bee reporter wanted my comment on this.

It was a strange request to make. First, I am a competing journalist. Second, I told the Bee reporter I couldn’t comment on documentation I haven’t reviewed or on conclusions from an anonymous expert without more information. However, I did offer to review the information, but the reporter would not forward it.

Based on the timeline of my story and this exchange, I had my doubts the independent analyst had made anything other than a cursory review of entries and a quick double-checking of the math. After all if Bera’s books were cooked, a responsible reporter should at least do a spot check of some of the larger recently claimed amounts “recovered” to verify these amounts and that Bera’s office could fairly take credit for the outcome. I doubted this was done in the limited time the Bee had the documents or on a pro bono basis by the unnamed “independent analyst.”

The reporter did share Bera’s office said its recent $1.2 million leap during a six-week period had “spiked notably as small business loans, which could be as much as $300,000, were resolved.” These most likely were Covid-related relief loans and begged further review as to whether Bera’s office could fairly take credit for getting the loans approved. For instance if Bera’s office had merely passed the loan applications along after collecting them through their website, those loan amounts would seem dubious to count as money “recovered for local taxpayers” as his web site touts.

Not seeing any Bee story run over the next couple weeks, I followed up with the reporter to see if it had been spiked. The reporter assured me it hadn’t been, but now nearly two months since my original reporting, it appears the Bee has decided to either sit on prized documentation that either raises further questions about Bera’s longtime claims or could provide a wonderful window into how truly excellent constituent service is performed by Bera’s office. But either way this would require more journalistic probing than common today.

What the Bee does report on is also interesting to study. Late last year, I coined the phrase “alligator-arming the news” to describe the Bee’s penchant for incomplete probing and reporting a wide range of local political news. Such happened yet again recently when the Bee reported on an attempted recall effort against a Sacramento City Council member that was soon debunked, but caused great confusion in the process.

As background, the Bee had previously treated unfairly that Council member – first-term Progressive Katie Valenzuela – during her 2020 campaign when she successfully ousted the establishment incumbent endorsed by the Bee. This included the Bee needing to correct clearly false information about her from their official endorsement of the incumbent. A separate column by the paper’s current opinion page chief also effectively called Valenzuela a liar with little more than slanted circumstantial proof.

So in could appear an attempted stroke of journalistic schadenfreude, the paper was quick – too quick as it turned out – to publish a March 18 news report and editorial about an apparent recall signature effort against Valenzuela over homeless encampments. The voters involved reside in an affluent neighborhood that will become part of Valenzuela’s district next year, but unknown to the Bee’s reporter and its editorial board, the recall group has no legal standing to recall an official they never elected.

Some other complexities clouded the issue, but the mission of journalism is to dig and research so your work accurately informs and clarifies, not create greater confusion. In this case, the Bee’s due diligence clearly fell short, and it remains surprising no editors on either the news or opinion side saw need to hold the stories to dive deeper. Instead in true alligator-arm fashion, the Bee ran not just one, but two, stories that election experts soon took to Twitter to castigate.

One week later, the Bee belatedly ran a form of a correction. But while admitting it got the whole basis of the recall story wrong, the Bee also seemed to partly blame attorneys with the City of Sacramento for not getting promptly back to the paper. If the attorneys had, the Bee’s reasoning seemed, this could have prevented the Bee from running two pieces that suffered from insufficient reporting and poor editorial oversight.

But let’s close by returning to the theme of this roundup: media apathy. It is interesting how many real political stories the Bee has either incompletely or not covered at all. Then when they assign multiple staffers and editors to a cause célèbre of their own choosing, they still lack the basic journalistic attentiveness to get it right. Given how repeatedly this happens at the Bee, the real culprit is not any city attorney. It may simply a wider culture of professional apathy.

Be the first to comment on "Essay: Midterm roundup – why the media apathy?"