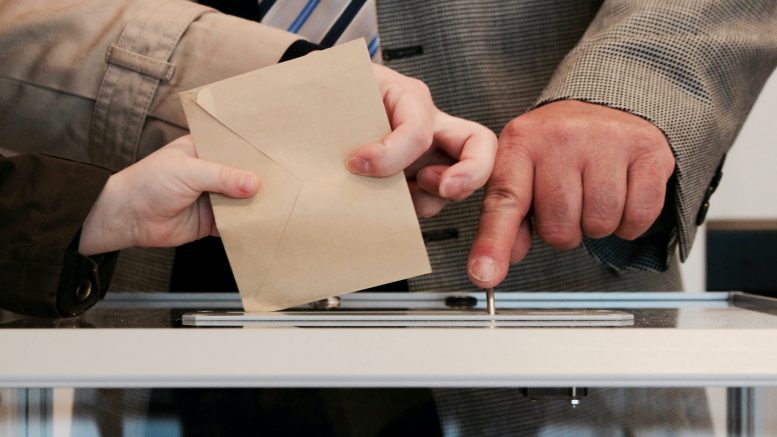 The 2020 Census confirms California’s status as one of the nation’s most diverse states — second behind only Hawaii, despite a likely undercount of Latino and Black voters. About 40 percent of Californians speak a language other than English at home — more than 200 languages and dialects — and one in five have limited English knowledge.

Combined with California’s tradition of expanding voting rights, that’s why some advocates are sounding the alarm over Secretary of State Shirley Weber’s decision to reduce the number of languages required in at least some voting precincts from 25 to 7 for the 2022 election.

As a result, some local election officials may find it more difficult to get funding to translate ballots and other voting materials for languages beyond what’s required by the federal Voting Rights Act. In a Feb. 11 letter to Weber, four voting advocacy groups expressed concern at what they called “the massive rollback of language assistance” and urged her to use her authority to uphold the expanded options.

The letter — sent by ACLU California Action, Common Cause California, Asian Americans Advancing Justice California and the Partnership for the Advancement of New Americans — cited a Brennan Center report that in 2021, at least 19 states enacted laws that made it more difficult for Americans to vote, and that bills have been introduced in four more states this year.

“The reduction of covered languages similarly creates new obstacles for limited-English proficient voters,” the letter states. “With so much at stake, California cannot backslide. We must continue to lead and take bold steps to protect voting rights and remove barriers to the ballot box for all eligible voters, including voters who are members of language minority groups.”

The advocates are calling on Weber to act urgently, since California’s 58 counties need time to prepare for the June primary. Otherwise, there could be significant reductions in assistance for non-English speakers, they said.

Weber’s office blames limited information from the Census Bureau for the move, but did not say if it will act on the advocacy groups’ demands.

“We were disappointed that the data we received from the Census Bureau did not include the level of detail we previously received in 2017,” Joe Kocurek, Weber’s press secretary, said in a statement. “We are currently exploring options to ensure that voters have the tools they need to effectively vote.”

The Secretary of State’s Dec. 31 guidance to county clerks and registrars of voters was perplexing for advocates, partly because voter protections have been a cornerstone not just for the state, but for Weber.

Appointed by Gov. Gavin Newsom, she is making history as California’s first Black Secretary of State, and only the fifth African American to serve as a state constitutional officer.

“The fact that each citizen is a primary officeholder in a democracy is the lodestone tenet of our system of government,” Weber said at her swearing-in ceremony in January 2021. “It is my responsibility as Secretary of State to ensure that more Californians are able to exercise that power through the electoral process, and that our elections remain secure, accessible and fair even under the most adverse conditions.”

Over the last year, her office has regularly hosted events and campaigns to promote voter participation. And in a joint commentary with Michigan’s secretary of state published Friday by CNN, Weber stressed her commitment to equal access for all voters — and warned that supporters of the “Big Lie” that former President Donald Trump won in 2020 are running to be the chief election officers in their states this year. A “choice between truth and lies, autocracy and democracy” will be on the ballot, wrote Weber, who is seeking reelection.

Over the years, California dropped its ID requirement and allowed same-day voter registration and preregistration as early as age 16. The state also expanded early voting and vote-by-mail. For the 2020 election and 2021 recall election, California joined three other states that responded to the pandemic by mailing a ballot to every voter. Despite COVID, the November 2020 election set records for voters registered and total votes cast.

Last year, the Legislature passed and Gov. Gavin Newsom signed a bill to permanently require mail ballots be sent to every voter.

How are language requirements decided?

In 28 California counties, the federal Voting Rights Act requires translations for the most common languages for non-English speakers, including Spanish, Filipino, Mandarin, Cantonese, Korean and Vietnamese.

The state determines whether to add more languages — including Khmer, Russian and Farsi — and whether to require language assistance in more voting precincts.

On Jan. 1 of each year with an election for governor, the Secretary of State determines which voting precincts have enough “single language minority” voters who need assistance to vote. In precincts where 3% or more of the voting-age population falls into that category, counties must provide translations for ballots and voting materials in those languages and make a good-faith effort to recruit poll workers who speak those languages.

But this year, new Census Bureau privacy rules to protect its data from being used by private companies means the state is getting less information to use for its language determinations. And that means there will be far fewer precincts that meet that 3% threshold, Weber’s office says.

The difference is stark between the state tabulation based on Census data and the federal Voting Rights Act data. For instance, while the latest Voting Rights Act data shows 9,228 Tagalog-speaking adults in Orange County, the Census shows none. In Sacramento County, voting rights data shows 6,574 Hmong voting-age residents, while the Census data lists none.

But without the state determinations, the advocacy groups say that languages will be cut.

For example, counties including Santa Clara and San Mateo confirmed to the groups that they would continue offering the languages they did in the 2021 recall election. Other counties, however, said that they could not secure funding from their board of supervisors without a mandate from the secretary of state.

Since 2018, the number of potential languages for voter information translations has grown in California. Six were added that year: Arabic, Armenian, Hmong, Persian, Punjabi, and Syriac.

The translations are meant to ensure that residents with limited English skills — 6.8 million, making up about 20% of the state’s population — can vote without any barriers. In some places, voter participation is lower among non-whites.

“California has often led on language assistance for voters, and we don’t want to see a problem coming out of a data issue getting in the way of voters getting the language assistance they’re accustomed to and that they need to be able to vote,” said Julia Marks, staff attorney and program manager with the voting rights project at Asian Americans Advancing Justice.

Jonathan Mehta Stein, executive director of Common Cause California, said his group believes that Weber’s office understands “the enormity of the problem” created by the new language determinations.

“Everything their office stands for suggests that they’ll work towards solutions immediately,” he said. “We hope that they’ll do that in collaboration with voting rights advocates and leaders in limited-English speaking communities.”

Jeanine Erikat, a policy associate with Partnership for the Advancement of New Americans, a research and advocacy group for refugees in San Diego County, said the Secretary of State’s language decisions are especially important to guarantee language assistance to the people her organization serves — such as Middle Eastern and North African voters, who are designated as White in the census, or East African residents.

“It’s really an exciting moment for communities who’ve been here for five-plus years and are acclimating and engaging civically in different ways,” she said. “And now they’re having to rely on someone who can translate for them, and we know often that means relying on a child or a neighbor or a community member. And it’s just not the same as being able to vote for yourself and really ensure you’re getting all the correct information.”

Be the first to comment on "Lost in translation? California election ballots may be in fewer languages"