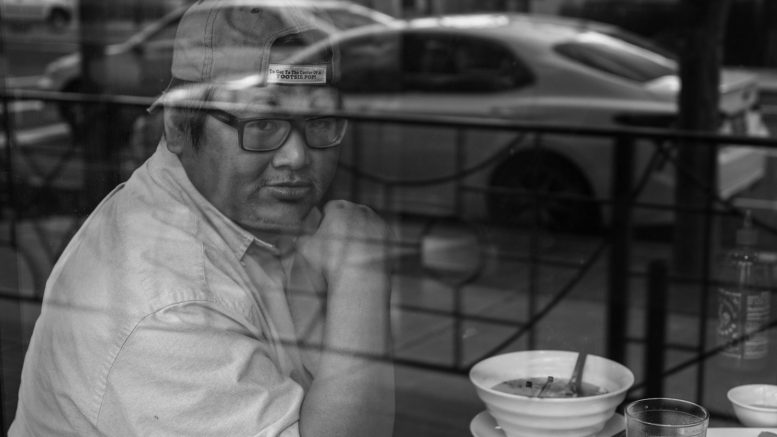 Creatives of all sorts originated from nearly 8,000 miles away, but are thriving in California’s capital

Citrus zest carries on wisps of steam permeating the air as Cassandra Nguyen Musto steeps a pot of green tea at ARTHOUSE. This is where the watercolor artist rents a space, and as she sketches outlines of butterflies landing on a vine of aristolochia californica, she sips her version of a concoction made from fresh kumquats and honey — a treat her mother once made for her but never shared the recipe for.

“The City of Trees” is not only home to Vietnamese painters like Musto, but also photographers, caterers, musicians, authors and tattooists with a similar family history. These creatives have been using art as a means to tell the story of the Vietnamese immigration journey, as well as celebrate the vital culture this exodus ultimately brought to Sacramento.

“This is Dutchman’s vine…with the butterflies whose caterpillar only eats this plant,” Musto says, surrounded by the images she’s created – the watercolor cattails, flowers, birds and rabbits. “I’m this weird plant nerd. I want to make beautiful things, advocate for the native plants, and then tell you all about it, whether you want to or not.”

In the wake of the fall of Saigon in 1975, over 100,000 Vietnamese immigrants fled the war-torn country and landed in the United States. When a large number of those families integrated into Musto’s Westminster neighborhood — her mother had already been in California for nearly a decade — the budding artist watched her surroundings transform into what is now Westminster’s Little Saigon.

“It went from this white and Latino working-class community to what it is today,” she remembers.

Though Musto always had dreams of being an artist, her mother discouraged her from pursuing such passions, demanding that she choose “something practical.” The painter admitted that the structure and discipline instilled in her by her mother inspired her to explore watercolor painting as she began to take her artistry more seriously in 2017.

“Being the firstborn daughter of an immigrant means being very structured and tight,” she recalls. “She’d say, ‘You’re not going to make any money.’ It’s a struggle to loosen up, and that was kind of the thing with watercolors. You can’t control it. You gotta let that shit go. I think it’s a very Buddhist [ideal]. You just gotta be with it; be the watercolor.”

Musto often felt conflicted about her cultural identity because, though her mother is a Vietnamese immigrant, her father is white. She also admitted that there was a sense that her mother was both ashamed of coming from what’s been called a third-world country, and had a notion that poor people in America have no control or agency.

“Being mixed race feels like, ‘Am I a white girl? Am I an Asian girl? What am I?’” Musto explains. “I always felt more like a white girl than Asian because I never learned the language. I told my mom once that I wanted to learn to speak Vietnamese. [She said] ‘Why? Only poor people speak Vietnamese!’ I kind of sought it out for myself. I took her maiden name just to feel some sort of connection to the culture.”

When tattoo artist Bao Nguyen was a child, his family escaped the fighting in Vietnam. After a year in a refugee camp in Thailand and six months in Detroit, 1981 was the year that they finally settled in the Arden area of Sacramento.

After Nguyen got his first tattoo, he knew it was what he wanted to do with his creative energy. He opened Hard Luck Tattoo in Lodi in 1999. In 2020, a fire destroyed much of the business, though Nguyen was able to quickly move to a space adjacent to the original address.

“I felt like [tattooing] was like a calling for me, because I’d been an artist and didn’t know what to do with my art,” says Nguyen. “When I got that tattoo, a light bulb flashed in my head and that’s what I’ve wanted to do since I was 19.”

As a child in Vietnam, Nguyen would visit his grandfather, a monk in a Buddhist temple. He said that, at a very young age, he was exposed to paintings in the temple depicting demonic entities torturing souls in the afterlife. Nguyen’s mother informed him that these paintings foretold the consequences of wasting food, stealing and lying. Nguyen also recalled regularly observing tanks and military equipment in his South Vietnam neighborhood before his family fled.

“That imagery drew me to tattooing,” says Nguyen. “One of the first things I drew while I was still in Vietnam was a tank. I think just growing up in a war area adds a darker side to the art. I felt like I had to express it somehow with my interpretation of it.”

Being raised in that environment, along with his youthful naivety, also left Nguygen confused about being tortured in the afterlife as a consequence of wasting food. The way he sees it now, the unknowns and potential consequences – in addition to the visions of hellscapes he saw at a young age – have heavily influenced his art. To him, the lingering question of morality is a constant, and there’s no way to confirm if it is truth or a fable.

“That’s the one thing that is always present when I try to put myself into my art, trying to make it almost spiritual or otherworldly,” he acknowledges. “It always goes back to that, and seeing those things used to scare me as a little kid. With my kids, too, I tell them all the time, ‘Hey, you still got like five grains of rice in that bowl. You don’t want to eat any maggots in the afterlife.’ I just keep carrying that on.”

After experiencing the trauma of fleeing Vietnam with her family as a child, Sacramento psychologist Dr. Carolee Tran also had to face coping with life as a refugee in a strange place. As a means of giving voice to others who have experienced similar displacement, Tran recounts the story of her journey to the U.S. in her memoir, “The Gifts of Adversity,” which was published two years ago. Renowned Bay Area editor Allen Rinzler, who worked on the book, told SN&R he discovered that Tran was a natural writer at heart. That was welcome news to the veteran clinician because of the message she was trying to get out.

“There’s a deep sense of responsibility to share the plight of refugees,” Tran says. “Not only Vietnamese refugees, but Afghan refugees and the migrants who are at the borders. I wrote this book to make sure that we understand the cost of war and not glamorize it”

Tran adds that during her career as a psychologist, often working with trauma victims from many cultures, she’s observed that artistic pursuits can be a way to express experienced trauma.

“Rather than use what we call talk therapy, we use embroidery,” Tran observes. “That is something that they are very familiar with in their culture, and it’s done in a group, so that the women can be together and actually tell their story in a way that resonates with them, rather than feel like they have to fit into a Western way of telling their plot.”

Tran has also taken notice of the fact that Western influence on an immigrant’s culture can seem like one is taking over the other, instead of the two coexisting symbiotically.

“The way [the idea of] the melting pot was discussed when it originated was that everybody needs to become American; you needed to acculturate and assimilate,” Tran reflects. “I guess I prefer a mosaic; mosaic allows the artist to still be seen. I think that America is better when we can recognize all the different ethnicities rather than melting them.”

Photographer Tom Huynh and his family came to California in 1983. Like many, they were fleeing Vietnam to escape the dangers of war.

Huynh’s work usually features black and white portraits of individuals, vividly exposing every detail of their expressions. He honed his craft as photography editor of Sacramento City College’s student-run newspaper, The Express, in the 90s and then went on to earn a degree in photography from Brooks Institute in Ventura. When he was younger, Huynh remembers his father once returned from Goodwill with an old camera. After making his way around the house, snapping shots of his siblings, the young Huynh had discovered a new passion.

“I knew that I loved photography, and that deep down I [was] going to pick it up as a hobby or a career, so I went to school,” says Huynh. “Then it became like a fuckin’ drug. You keep on going, and you keep shooting, until you find something that you love.”

Though his educational pursuits drew him away from his hometown, and his immersion in 40 years of American life diluted his accent, Huynh still feels a strong appreciation for Vietnamese culture.

“I forgot a lot of the language, but I love Asian food,” Huynh admits. “I’ve grown to be way more Americanized because I’ve lived here for a long time”

The photographer adds that his heart has always been with his family in Sacramento, the place that’s allowed him to build a following and develop a reputation as a unique photographer.

“My mom lived here, and she passed away June 4, 2018 with Alzheimers, so I wanted to be closer to the family,” Huynh says of coming back. “I spent some time in SoCal, but my heart is always home.”