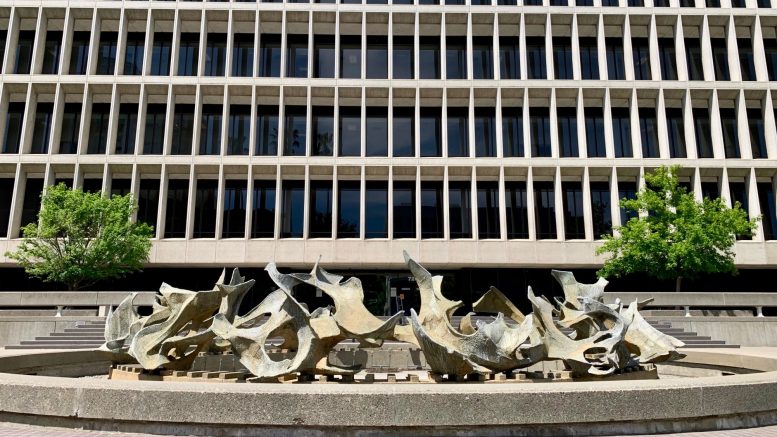 It’s been more than three years now since my wife Amber was senselessly murdered. Three years since she was shot 11 times at point blank range as she finished her day working as a librarian at the Sacramento Public Library. It’s been three years of an empty seat at our table, of heartbreaking absence, of a life stolen from us.

Amber loved reading, writing and where language could take people, and she fought to make sure that everyone could access it – as a librarian, as an English teacher, and as a family member. Amber’s younger sister, Heather, was born with Down syndrome, and from a young age Amber fought for her sister to be accepted and welcomed wherever she went. At the library, Amber led the “AccessAbility” committee which helped train staff on how to best meet the information needs of library customers with disabilities – and in 2019, after she was murdered, she was named one of Library Journal’s ‘Movers and Shakers’ for her efforts.

These past three years without her have also been three years of questions that will never be answered. After Amber was murdered, we started to learn about the shooter who took her from us. We heard about his long history of mental health issues, threatening behavior at public libraries, and encounters with law enforcement in both California and Missouri. But because of an obscure, gun lobby-drafted federal law, we’ve never been able to find out the answer to the most important question: how did this man get a gun in the first place?

That obscure federal law is known as the Tiahrt Amendment, and it prohibits law enforcement agencies from publicly releasing information about where crime guns come from – basically, who bought and sold them. This law shields bad actors in the gun industry from accountability to victims’ families and the public when they sell guns to people who shouldn’t have them. It prevents families like mine from getting the closure we deserve.

Our family, represented by Everytown Law and Kramer Levin, tried to fight back against this amendment – and for the rights that every family who’s been through such tragedy should have. We sued the Sacramento Police Department and District Attorney, seeking basic records about Amber’s murder, so we could learn how her killer got his guns. California law guarantees us – and other victims of crime – those answers, and for good reason.

But, ultimately, our appeals went unheard because the courts (and Sacramento authorities) seemingly ignored those provisions in California law. One attorney even suggested that because my family and I might not qualify as “victims” in their narrow-minded world, we might not be entitled to the answers we were so desperate for, and we wouldn’t be able to use those answers to prevent similar tragedies in the future. While a jury may hold the shooter himself accountable at trial, no one is seeking to hold accountable the system that allowed him to get his hands on a gun, bring it from Missouri to California, and use it to murder my wife. That’s not true justice. True justice would mean changing this broken system. That’s the justice we sought in our lawsuit, and that’s the justice I continue to seek by advocating for common-sense gun safety laws.

Since Amber’s murder in December 2018, more than 50,000 people in the U.S. have been murdered by firearms. While states such as my own have made real progress, passing gun safety measures that have undoubtedly saved lives, other states – such as Missouri, where the man who murdered my wife bought his gun – have gone in the wrong direction. And the fact remains that we’re only as safe as the nearest state with weak gun laws. This is a fact my family learned the hardest way possible, and our story isn’t the only one like it.

This week is National Gun Violence Survivor Week, because by this point in the year more people are killed with guns in this country than in an entire year in other high-income nations. Our gun death rate is 13 times that of our peer nations, and all told, 58 percent of adults in the U.S., including 68 percent of Black and Latinx Americans, are survivors of gun violence. While these statistics are devastating, the stories behind them are even more so.

So, this week, listen to our stories. Hear our pain, our love for those stolen from us, and our demands for a justice that extends far beyond a courtroom. I turned my heartbreak into advocacy, fighting for stronger gun safety laws from City Hall in Sacramento to our nation’s capital. Listen – and then take action. Every single person can make a difference, when we come together and demand the systemic changes that will make our communities safer.

Kelly Clark is a volunteer with the California chapter of Moms Demand Action and a member of the Everytown Survivor Network.

2 Comments on "Essay: Three years ago, one of Sacramento’s working-class heroes was murdered at a library – don’t let it be in vain"