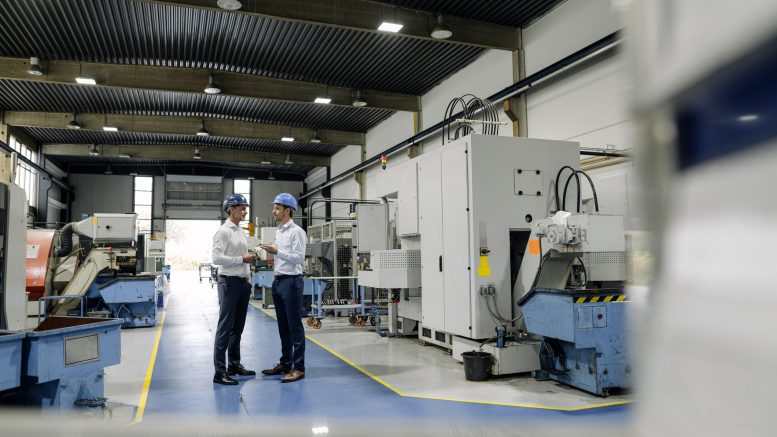 A new state bill seeks to find out what we don’t know about the jobs we want to have.

The question was deceptively simple, California State Controller Betty Yee remembers, yet it arose again and again as she and other leaders pondered the future of the state’s workforce. Why does the conversation constantly center on the number of jobs created, not the quality of those jobs?

“And it became clear: We have never really defined what a quality job is,” Yee said in a recent interview. “One of the reasons for that is that we don’t have the data to do it. We can’t manage what we don’t measure.”

A bill in the state Legislature addresses that issue in a powerful way. If successful, it could change the way companies perceive their own job offerings. It would also allow prospective workers to know what they’re signing up for — and provide California leaders with information that helps them decide where state money should be spent.

The measure is part of a larger movement, one aimed at placing workers once again among the primary stakeholders in a company’s success or failure. For decades, that role has been occupied almost exclusively by shareholders.

“This is a way to incentivize good employers,” said Assemblymember Ash Kalra (D-San Jose), author of the bill. “It’s a way to show the public what those employers are doing, and maybe along the way suggest to other companies what to do and what not to do if they also want to be thought of as good employers.”

The measure, AB 1192, would mandate the collection of 18 job metrics in various categories from the state’s largest private sector companies, those that employ 1,000 or more people in California. (Such companies account for about a third of all workers in the state.) The metrics are broad and deep, including pay, hours, scheduling, benefits, advancement, safety, turnover, equity and the number of full-time versus temp or independent contract workers.

The bill requires companies to show what percentage of their full-time workers earn above the U.S. living wage, which the MIT Living Wage Calculator puts at a little more than $36,000 per year for a single adult with no children. It requires them to break down median pay by gender and ethnicity, and to show what percentage of workers below the median are offered a minimum of 12 weeks of paid medical, parental or caregiving leave. Employers would have to report how many of their salaried managerial positions get filled internally, and how far in advance work schedules are published.

Taken together, the data would broadly measure how good the jobs are at those companies. The results would be made public, so that apples-to-apples comparisons about firms in similar sectors would be possible in ways they currently aren’t.

“We wanted it to be useful information to the public, almost like a nutrition label is on food,” said Rick Wartzman of the Drucker Institute at Claremont Graduate University, who helped Yee and her staff develop the categories to be used in the survey. “It’s a way for people, politicians, investors and others to know pretty quickly about a company and its employees.” (Disclosure: Wartzman is on the board of directors of Capital & Main.)

In 2019, Wartzman, director of Drucker’s KH Moon Center for a Functioning Society, appeared as an expert before Gov. Gavin Newsom’s Future of Work Commission, on which Yee and Kalra both served. That commission ultimately produced a series of moonshot goalsfor the state, including one to “raise the standard and share of quality jobs.”

Yee subsequently partnered with Wartzman and the Moon Center to develop the High-Road Employer Certification Initiative, a system that would reward employers who are creating quality jobs by giving them certain preferences in obtaining state contracts. The initiative’s metrics, created in consultation with businesses, academics, government and labor leaders, form the basis of Kalra’s bill, which he first introduced last year.

Its implications are significant. Not only might the public sharing of large employer information help people decide where they want to work, but Yee believes the state could exercise its power to award contracts to companies that are doing right by their workers, one of the goals of the High-Road Initiative. Given recent budget surpluses and vast federal monies flowing into the state for clean energy and infrastructure projects, that idea has strong allure.

“What we are able to do is incentivize and further encourage (the creation of quality jobs) through our procurement and contracting processes, through the establishment of tax incentives to expand our economic sectors,” Yee said. “This is a good time to be thinking about how we direct our public dollars in the best way possible, that speaks to employment that will be delivering value to workers.”

That approach is already being put to effective use around the country, including by Jobs to Move America, which works with several advocacy groups in California. The organization seeks to have public money invested in companies and projects that lift labor and equity standards, align with climate values and are transparent in their processes, among other things.

Both Yee and Wartzman acknowledge that absent a mandate, obtaining meaningful employer information from private sector companies is almost impossible. But the idea of the state government ordering companies to turn over such data, some of which is already collected by federal agencies, is one of several things that rankles opponents of AB 1192.

Upon its introduction in 2021, the bill was added to the California Chamber of Commerce’s Job Killer List, an annual compilation of legislation that businesses try to dilute or eliminate. (In most cases, the bills on the list are designed to benefit workers.) The Chamber decried AB 1192 as advocating “public shaming of employers” and suggested that the resulting database would “enable fishing expeditions in support of litigation or public relations campaigns.”

In a Floor Alert opposing AB 1192 that was provided to members of the legislature, Chamber of Commerce policy advocate Ashley Hoffman contended that the bill’s attempt to place companies into one of 24 different industry categories is overly broad and could lead to inaccurate comparisons. (Example: A movie production firm and a marketing company would both fall under the heading of Media & Entertainment, though the types of jobs, hours and working conditions they offer are dissimilar.) Hoffman also noted that the bill gathers information on provisions that are not required under California labor law, such as the 12 weeks of short-term disability or paid caregiving leaves. The four-page memo invoked “shame” or “shaming” 10 times in suggesting what the bill was designed to do to companies.

“The point is not to shame,” Yee responded. “And the threat of litigation that the Chamber has identified, we believe, is a nonissue, because the information we’re talking about does not get down to that kind of granular level. But really from a policy perspective and from the role of investors, as consumers we want to have a better sense of how companies are doing, and we want to see uniform and mandated disclosure.”

The larger movement toward recognizing workers as important stakeholders in their companies’ successes has been halting but ongoing. In 2020, the federal Securities and Exchange Commission issued a rule for companies to disclose more about their “human capital,” with SEC Chairman Jay Clayton saying the information “will allow today’s investors to make more informed investment decisions.” But the commission did not specify how that information should be procured or shared.

Meanwhile, the International Business Council, a collection of global business leaders that is part of the World Economic Forum, announced that 60 of its members had committed to the IBC’s core Stakeholder Capitalism Metrics. The IBC said the metrics offered “a set of universal, comparable disclosures focused on people, planet, prosperity and governance that companies can report on, regardless of industry or region.” The U.S.-based Business Roundtable made a public commitment in 2019 to stakeholder capitalism, a strong break from its shareholder primacy stance of the past, but subsequent missteps have caused some to question the sincerity of the effort.

Back in California, Yee and Kalra said they’ve yet to have a company publicly declare support for AB 1192, though some are privately intrigued. Wartzman said the worker data requests were “road tested” with four large firms in different fields — a retailer, a telecommunications provider, a medical device maker and a professional services company — and all agreed that gathering the required information was not burdensome. (The bill is limited to companies of 1,000 or more California employees in part because those larger firms have the staff and bandwidth to collect such data.)

With a Jan. 31 deadline bearing down for the bill to advance out of the Assembly and with votes uncertain, Kalra is already prepared to rewrite the legislation and reintroduce it. “This is a long-term proposition,” he said. “This is new, and when something is new like this, it’s going to take time to get people on board.”

In the meantime, the conversation moves forward.

“This is already happening,” Yee said. “With food, with investments, there are already so many developments, apps and informational sources that are really guiding consumers’ decisions about what to purchase. It’s the direction where we are headed; it’s the direction where consumers are headed. This is an opportunity for California to be a leader.”

Be the first to comment on "Will California take the high road to good jobs?"