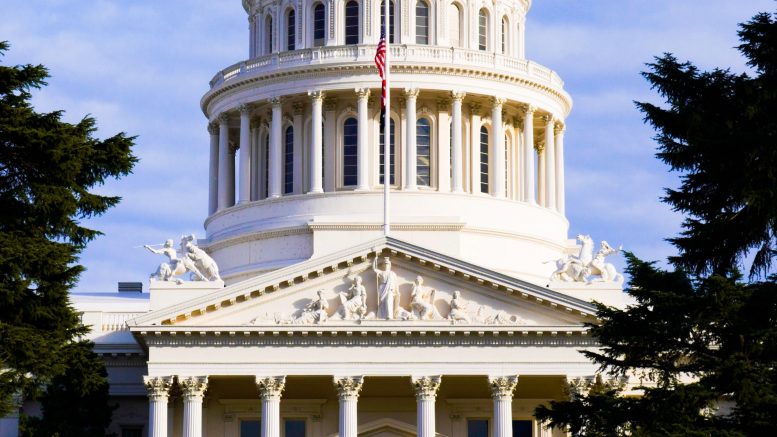 The Western States Petroleum Association, or WSPA – the most powerful corporate lobbying group in Sacramento – claims that there are 368,000 jobs in the oil industry in California.

“The oil and gas industry is a vital part of California’s energy mix,” WSPA stated on their website. “As a leading economic force and major employer, we proudly contribute to communities across the state, providing more than 368,000 jobs in CA.”

But a just-released Food & Water Watch analysis counts just 22,000 jobs in the industry in California, based on Department of Labor statistics — and says this total has dropped 40% over the past decade.

“Overall, oil and gas production account for barely one-tenth of 1% of all employment in California,” the analysis revealed.

WSPA spent a total of $4,267,181 on lobbying California legislators and officials in 2020 and $8.8 million in 2019 as thousands of oil and gas drilling permits were approved by CalGEM, the state’s oil and gas regulatory agency.

The  research from the environmental organization Food & Water Watch reports to debunk fossil fuel industry claims about job creation throughout the U.S. showing that “overall employment has suffered even as production has increased.”

“When Gov. Gavin Newsom announced modest plans to phase out permitting for new oil production in California, industry advocates freaked out,” according to the analysis. “The Western States Petroleum Association claimed that the oil industry supports close to 368,000 jobs in the state. That is surprising since, according to the Bureau of Labor Statistics, only 22,000 Californians were involved in oil production in 2020, down 40 percent from the industry’s peak in 2012. In the Golden State, oil and gas production accounts for barely one-tenth of 1% of all employment.”

The analysis notes that one of the most misleading aspects of industry jobs analysis is the conflation of direct jobs with indirect and induced jobs.

“Direct jobs are positions directly within a given industry,” the review noted. “Indirect jobs are those within the supply chain that supports that industry, while induced jobs are positions supported by wages from both direct and indirect jobs. Indirect and induced jobs account for nearly 75 percent of the top-line numbers that some oil and gas companies are referencing. Misattributing these jobs to the oil and gas industry itself distorts the size and scope of the industry’s payroll.”

As the state continues to suffer from devastating fires and drought, and salmon, Delta smelt and other fish species continue on the path to extinction, both the state and federal governments continue to approve oil and gas well permits in California.

Today, Consumer Watchdog and FracTracker Alliance reported that Governor Newsom has approved 10,212 oil drilling permits since he assumed office in 2019. The total is nearly identical to the number of permits Governor Jerry Brown approved in his first three years.

According to the latest analysis by FracTracker Alliance of permits approved through December 31, 2021, and posted by Consumer Watchdog at www.Newsomwellwatch.org, the number of permit approvals fell from 2020.

“Nevertheless, Newsom’s number is nipping on the heels of Brown’s 10,268 permits dispensed in his first three years in office.  Brown ultimately approved 31,545 wells during his eight years in office,” the groups reported.

Federal data analyzed by the Center for Biological Diversity shows the Biden administration approved 3,557 permits for oil and gas drilling on public lands in its first year, far outpacing the Trump administration’s first-year total of 2,658.

In California, the Biden administration approved 187 permits — more than twice the 71 drilling permits Trump approved in that state in his first year.

The inflated estimates by WSPA appear to be part of a nation-wide campaign by the oil and gas industry to overestimate the number of jobs created by the industry.

For many years, the oil and gas trade association American Petroleum Institute, API, has released “wildly inflated estimates of direct and indirect jobs created by the fracking industry,” ranging from 2.5 million to 11 million, according to the Food and Water Watch analysis.

“But the new analysis – which is based on data from the Bureau of Labor Statistics – shows that the industry employs far fewer workers than it claims: About 541,000 nationwide, or less than 0.4 percent of all jobs,” the group added, documenting that fossil fuel jobs losses were “particularly striking” in 2020, when oil and gas employment fell by 22%

“Oil and gas production, however, fell by just 3%,” the analysis continued. “While the jobs decline is attributed to the COVID-19 pandemic, this is part of a larger trend: Total oil and gas employment has fallen 33% since 2014. Over the same period, production has risen 32%.”

Food & Water Watch Senior Researcher Oakley Shelton-Thomas said, “The oil and gas industry uses promises of employment to gain political leverage, which has impeded the necessary transition to clean, renewable energy. This research shows that the industry’s jobs claims are not only wildly inaccurate, but that they are able to bring more oil and gas out of the ground with fewer workers. When the jobs disappear – especially in bust years like 2020 – workers and frontline communities bear the pain.”

FWW also asserts the gap between industry jobs misinformation and reality was “particularly wide” in two other oil and gas producing states, Pennsylvania and New Mexico.

• In Pennsylvania, API claimed that a fracking ban would cost over 500,000 jobs. In reality, according to FWW, just under 25,000 workers are employed in the oil and gas industries. Last year, employment in those fields shrank by 20%, even though record amounts of gas were produced.

• The New Mexico Oil and Gas Association claimed that stopping fracking on public lands would cost 60,000 jobs. But total oil and gas employment in the state is only about 20,000 (about 2.6% of the workforce), and jobs in the industry declined by about 25% in 2020.

Liza Tucker, Consumer Advocate for Consumer Watchdog, noted that the reason for total oil and gas industry jobs decreasing even as oil and gas production rises is because oil production has become far more efficient due to new technology, resulting in fewer workers being needed.

“This is good time to nip production in the bud with a comprehensive transition plan for workers,” Tucker noted.

For more information, go to https://peri.umass.edu/component/k2/item/1537-if-our-oil-jobs-are-ending-we-need-safety-nets-and-good-replacement-work and click on California Climate Jobs Plan.

The FWW analysis came at a time when oil and gas production is expected to increase across the nation. The federal Energy Information Administration, or EIA, forecasts that U.S. oil production will average 12.4 million barrels per day during 2023, surpassing the record high for domestic crude oil production set in 2019 under the Trump administration.

In its January Short-Term Energy Outlook, EIA forecasts U.S. crude oil production will increase for nine consecutive quarters, from the fourth quarter of 2021 through 2023. EIA also expects OPEC to increase its crude oil production to 28.9 million barrels per day in 2023, up from an average of 26.3 million barrels per day in 2021.

“We expect global demand for petroleum products to return to and surpass pre-pandemic levels this year, but crude oil production grows at a faster rate in our forecasts,” said EIA Acting Administrator Steve Nalley. “We expect that as crude oil production increases, inventories will begin to replenish and help push prices lower for gasoline, jet fuel, and other products in the short term.”

The entire Short-Term Energy Outlook is available  on the EIA website.