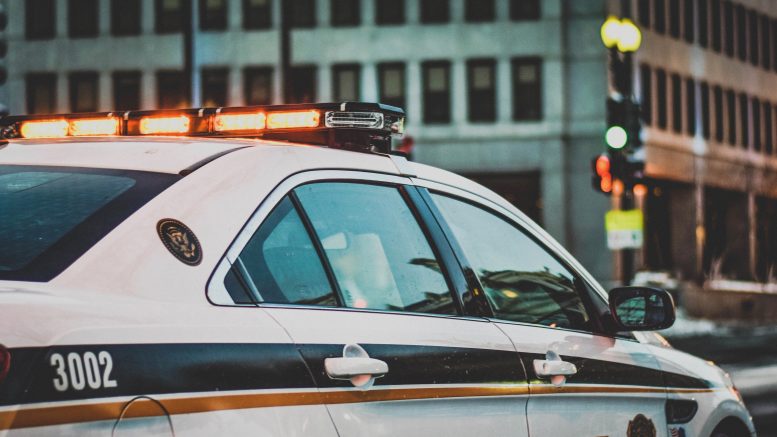 Last Friday, Emmy award-winning ABC 10 anchor Madison Wade tweeted, “It’s sad when you don’t feel safe going on a run in the middle of the day in Sacramento.” In the bold, often-scolding hot take haven of California’s Twitter-verse, a public figure like Wade sharing such an honest thought about community safety comes with the possibility of catching flack; but for the most part, that’s not what happened. That vast majority of Wade’s responses came from locals sharing similar feelings and backing-up her concerns.

Unfortunately, the numbers for the last 20 months in Sacramento County – and especially the crime logs for its first three weeks of 2022 – also appear to back-up those who are nervous about Sacramento’s crime rates.

According to police and sheriff reports, between January 1 and January 18, Sacramento County experienced 6 murders; at least 25 non-fatal shooting incidents, 7 of which hospitalized victims; 20 robberies involving guns, knives, assaults or threats of violence, 9 of which left people injured; 13 assaults; 4 stabbings; 2 vehicular homicides; 2 car-jackings; and numerous illegal weapons arrests. The majority of those incidents were logged within the Sacramento city limits, and when the yet-to-be released logs from the unincorporated county are factored into that timeframe, the overall picture will look even grimmer.

Meanwhile, independent researchers who have been tracking crime rates in California for nearly a decade acknowledge that overall violence in the state is on the rise.

A bleak kind of January

While murders always grab headlines for a day or two, January’s crime logs were just as noticeable for their many non-fatal acts of violence aimed at random people. On January 3, a woman was walking down Northgate Boulevard near the West El Camino intersection at 11:16 a.m. when a man assaulted her, taking her property before fleeing the area. Just two hours later, a group of assailants attacked a victim near Charles Robert Park, stealing that person’s money and then driving off in a car. Police arrived in time to spot the suspects’ vehicle. A brief pursuit ensued before the get-away car smashed into a fence and the attackers dashed out to run away into the neighborhood.

Later that evening, a person walked into a business that’s part of a high-traffic cluster of stores, restaurants and gyms on Stockton Boulevard and began stealing items. Police say that when employees tried to intervene, the suspect whipped out a box-cutter and started threatening to slash them. By the time officers arrived, the razor-wielder had vanished.

The following afternoon, a man was jogging through Midtown near 22nd and P streets when he was chased by an individual calling him names. The encounter escalated into a scuffle, and responding officers say they were compelled to physically subdue the suspect.

On January 5, an impromptu robber walked into a business near the intersection of Franklin Boulevard and Sutterville Road and set to stealing its merchandise. According to police, when employees took notice, the suspect pulled a knife on them. The menacing aggressor had disappeared into Curtis Park when officers pulled up.

That first week of January ended with police arresting a person at Cosumnes River Boulevard and Center Parkway for throwing rocks at passing cars and trucks, forcing them to dodge projectiles in the middle of rush hour. Early the following morning, officers patrolling Downtown responded to 15th Street near Capital Park, where a resident had their scooter taken by a suspect carrying two illegally possessed guns.

Other notable incidents in mid-January were two people being robbed at gun-point on Stonecreek Drive, additional armed robberies with guns on K Street, Phillips Street, Liestal Alley and in Freeport, a pistol-whipping in Midtown near the 15th Street offramp, an assault and carjacking on Folsom Boulevard, a car-jacking at gunpoint on Cleveland Avenue, a strong-arm robbery and assault in Downtown, a crook roughing up employees at a business on Arden Way, a thief attacking a store worker on West El Camino during a morning crime, and a resident noticing a car-boost in progress on that same street – getting clobbered with a tool when he tried to stop it.

All of these incidents were in addition to the numerous shooting and stabbing investigations that police and sheriffs launched during the same window.

Sacramento’s most recent murder happened January 17 in the unincorporated county on Greenlawn Way. It started at 5:29 a.m. when the Sacramento’s Sheriff’s ShotSpotter technology in North Highlands detected an eruption of gunfire. Moments later, a person from a nearby street called 911 to say that a family member had been gunned down. According to Sheriff’s officials, a burglar had been prowling around cars in that area when he decided to sneak into a shed on the victims’ property. The suspect then managed to find a pistol stored in a gun safe. When the homeowner appeared, the suspect shot him multiple times in the chest. Deputies arrived to find him bleeding as paramedics rushed to the scene. The victim later died at the hospital. Sheriff’s homicide detectives are currently working the case.

All the wrong trends

According to the FBI’s statistics, California’s first pandemic year saw a 30% percent hike in the murder rate.

The city of Sacramento saw a similar jump in 2020, with its homicide rate up 26% from the previous year, and the unincorporated county following not far behind.

Possibly concerned that backlash to this violence might affect California law and policy, criminal justice reformers were quick to point out that property crime and overall crime was actually down in 2020. But in December, the Public Policy Institute of California, a nonpartisan think tank that has developed a specialty in nuanced crime analysis, reported that the numbers for 2021 are looking different – and worse.

“Preliminary data from four of California’s major cities—Los Angeles, Oakland, San Diego, and San Francisco—show increases in property and violent crime numbers this past year,” wrote Dr. Magnus Lofstrom, a senior fellow at CPPI who’s been studying crime rates and jail and prison populations in the state since its first justice policy shifts in 2011. “In particular, the troubling increase in homicides that we saw in 2020 appears to continue—homicides in these cities are up by about 17% in 2021.”

Working with researcher Brandon Martin, Lofstrom determined that the increase in property crime was primarily driven by auto theft and vehicle break-ins, the latter crime having recently fueled national news stories about San Francisco and sparked endless debate on social media about whether it’s even realistic to park a car in that city.

The broader violent crime trends, according to Lofstrom and Martin, started rising in the middle of 2021 and haven’t let up since.

2 Comments on "A winter of worry: Sacramento’s violent crime rate in January puts a chill on the community"