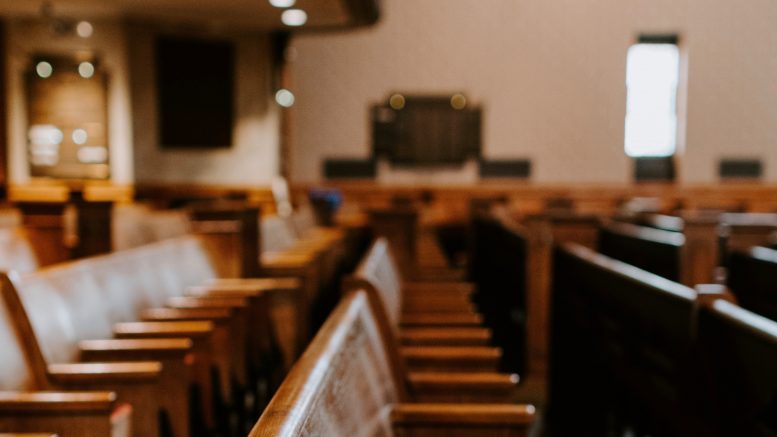 The strict sentencing for drug possession in California conceived during the “War on Drugs” could end soon due to a new law that will discard mandatory minimums for non-violent drug offenses.

SB73 will allow judges to recommend probation and treatment programs for low-level drug crimes in place of mandatory prison sentences that range from two years to more than seven years. The bill will cover drug crimes like possessing or agreeing to sell/transport opiates or opium derivatives, possessing or transporting cannabis, and planting or cultivating peyote. The law will take effect on January 1.

Proponents of the bill say that granting courts the flexibility to impose probation will reduce recidivism rates and better serve Californians dealing with addiction.

“We know that incarcerating our way out of the drug war is not successful,” said Jeanette Zanipatin, California State Director for Drug Policy Alliance. “We know that individuals given the opportunity to have access to treatment and other social support tend to do a lot better overall. So, we really wanted to ensure that we take this issue out of the criminal justice system and at least try to center it within the public health arena.”

Opponents say the new law is too kind to criminals. It is one of several recent measures taken by the state to reduce penalties for non-violent crimes.  “Californians are now living the reality of what happens after decades of a ‘criminal first’ agenda,” said Senate Republican Leader Scott Wilk (R-Santa Clarita).

“No matter how hard the governor tries to spin it, approving policies that coddle criminals and don’t hold them responsible for their crimes has threatened all of our safety,” Wilk added. “It is time for the pendulum to swing back to more common-sense public safety policies.”

“For certain offenses, judges were required to sentence someone to jail or prison and judges were prohibited from considering alternative sentences like probation or a drug treatment program, or other kind of rehabilitation focused alternative to incarceration,” said Natasha Minsker, Policy Strategist for Smart Justice California.

Sen. Scott Wiener, who authored the bill, described mandatory minimums as a “vestige of failed racist war on drugs” in an interview with the Courthouse News Service.

Daniel Landsman, deputy director of state policy for Families Against Mandatory Minimums, said mandatory sentencing for non-violent drug offenses does not deter criminal behavior because drug users are more afraid of getting caught and swiftly punished than of receiving a particular criminal sentence.

In addition, sending a person to prison or jail for substance abuse-use disorder does not help with their addiction, Landsman said.

“Treatment is more easily available in the community and not an incarcerated setting,” he argued.  “[There’s] no statistically significant relationship between drug sentencing and key indicators of drug problems, including drug arrests, drug use, and drug overdose.”

This is the fourth legislative attempt geared towards nixing California’s strict drug sentencing laws. Previous versions of the bill failed to garner enough support in 2018 and 2019, and another was set aside last year due to the pandemic.

The legislature however rushed to consider SB73 as pressure to decrease the number of prison inmates rose in the face COVID-19.

“During Covid we’ve seen several decarceration efforts occur throughout the state,” Zanipatin said. “And this is one way to curb the prison population so [that] there’s going to be natural cost savings.”

Probation orders, she said, in place of costly mandatory minimums will save the state money, which may be put toward other projects.

An inmate in state prison costs around $87,000 per year to house. Probation will save $1.7 million in jail costs for 10 people convicted of low-level drug charges, who would have been sentenced to an average of two years in state prison, according to a nonpartisan bill analysis by legislative staff.

David Muhammad, Executive Director of the National Institute for Criminal Justice Reform, said the revenue saved following SB-73 can use to reinvest in mental health services and drug treatment services.

Senator Richard Pan (D-Sacramento) said he supported the bill so courts can decide if addiction programs and probation make more sense for a convicted drug offender than prison time.

“SB 73 repealed mandatory minimum sentences established during the height of the War on Drugs which have exacerbated recidivism, proven ineffective and disproportionately criminalized and harmed communities of color,” Pan said via email.

The new law could have a large impact in Sacramento County.

Stephen Myers, Post-Conviction Relief Attorney at Sacramento Justice League, said that the bill moves California closer to treating drug use as a medical condition rather than a criminal justice issue.

“Anything that seeks to dismantle the war on drugs… [by] being able to be assigned to drug treatment and other supportive services on the outside is much more beneficial to our community members than trying to get a little bit of programming on the inside in jail or prison,” he said.