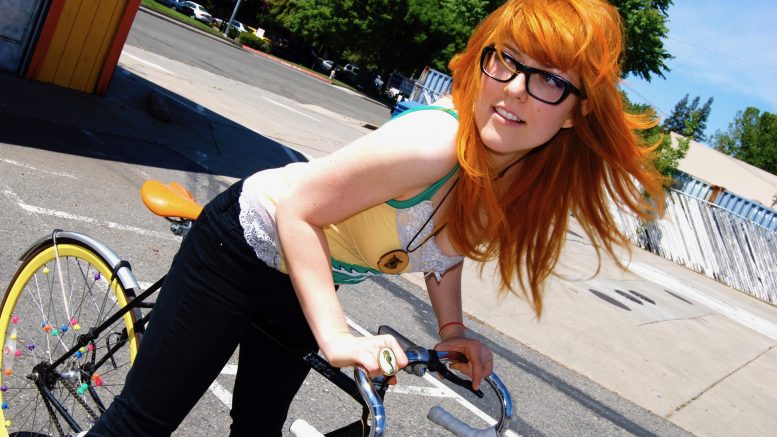 For an instant, a disturbing situation near Auburn gave people close to Crystal McCarthy reason to hope she was still alive: The beloved musician, artist and staple in Napa’s culinary scene – who’d lived for years in Sacramento – disappeared without a trace in early December.

Then, a good Samaritan driving through the cattle lands of Placer County tried to intervene when he spotted a frightened woman getting forced into a car against her will. The witness was able to jot down a partial license plate and call authorities before the car sped off; and his description of the distressed woman he’d glimpsed seemed to match McCarthy. Despite McCarthy having vanished some hundred miles to the south, when friends discovered a social media post about the alarming incident near Auburn, they attempted to get the word out from New Castle to Nevada City that McCarthy might be in trouble in the area.

However, before anything could appear on the potential Auburn-connection, a body believed to be McCarthy was found floating in the Napa River. The discovery was made the day before Christmas Eve. It’s left those who admired the vivacious 37-year-old experiencing shock and sadness through the holidays. Now, those who knew McCarthy are trying to focus on what made her so memorable, this spirited woman who played the drums and keyboards, dived into different art projects, engaged in street photography, and “danced with all her soul when the music played.”

Kerry Dolan, who became a friend while working in Midtown, said McCarthy’s impulsive generosity made her one-of-a-kind.

“She’s a very heart-forward person, very selfless and giving to her community and her friends,” Dolan stressed.

“Her energy was like an explosion coming into a room, in a good way, like fireworks,” Kangas recalled. “She’d light up the room and make everyone smile.”

Midtowner and graphic artist Meg Larkin had known McCarthy since the 2000s and considered her a close friend. Larkin remembers their initial encounter.

“I instantly took to her, since she was deadly funny and strikingly beautiful,” Larkin said.

Brian Breneman, who’d been tight with McCarthy for a long time, can still picture her boundless creativity.

“She left an indelible impression on me and everyone she met,” Breneman acknowledged. “And this world is surely a dimmer place for having lost her.”

A gofundme page that’s been set up to assist with McCarthy’s funeral expenses has its own set of testaments about her loving nature and steadfast selflessness.

McCarthy had told friends she’d been regularly walking from her house down to a nearby spot along the Napa River to bring food and supplies to an unsheltered woman living under a bridge. Those close to McCarthy say that she’d befriended the stranger, learning in the process that the woman was attempting to escape a violent relationship.

McCarthy was last seen Dec. 13 around 9 p.m. in a Napa 7-Eleven; and then called her boyfriend, Andrew Wright, at 10:15 p.m. Wright later told reporters that he went to the bridge the next morning and discovered McCarthy’s umbrella and a pair of her boots – but no sign of her.

Napa Police have since confirmed McCarthy’s cell phone was found in her room and that her bank accounts were not accessed.

Numerous search parties combed the river, including law enforcement boat patrols. So far, Napa police officials have stressed that, while they can’t rule out foul play, they believe it’s possible that the magnitude of the storm and flooding that night caused McCarthy to be swept away.

“We suspect she went in the rushing river based on the proximity of her personal belongings,” Napa Police Sgt. Peter Piersig informed the press.

But McCarthy’s friends do not believe she would have waded into cold, dangerous waters in the middle of a winter maelstrom.

That’s one reason why the bizarre incident in Auburn a week after McCarthy went missing caught their attention. A local man posted on a Nevada County social media message board: “I saw a man in a white jacket grab a visibly agitated shorter woman with bright orange, dyed hair by the waist with both arms and throw her into a dark blue car.” He went on to explain he’d followed the car and called 911 before it evaded him. The detail of the woman having hair that uniquely matched McCarthy’s caught the attention of people within her circle, some of whom were planning on spending Christmas Eve putting flyers up near Highway 49 and Lonestar Road where the incident happened. Those plans were called off when a Sheriff’s deputy in a boat located the body in the Napa River. It was floating by the Third Street bridge near that city’s downtown.

While the bleak news ended one set of questions for those who love McCarthy, many other questions remain. Her boyfriend, Andrew Wright, told NBC’s Bay Area affiliate that video from the 7-Eleven showed McCarthy was accompanied by a man who lived in a nearby encampment before she went missing. Wright added that police had contacted that individual and his story, in Wright’s view, was “very strange.”

McCarthy’s Sacramento friends remain extremely suspicious about what happened to her. Several told SN&R that it doesn’t make sense that McCarthy went into the river on her own, stressing no one believed her to be depressed or suicidal (she’d just been asking her boyfriend if he wanted her to bring him food). At least some close to McCarthy fear that someone hurt her before she went into the water, or that she was pushed in.

Focusing on her face

Kangas has struggled with her own anguished moments thinking about what happened to McCarthy. She and her daughter spent Sunday afternoon making a painting of their lost friend; and Kangas has tried to cope by focusing on how lucky she was to have moved in with the artistic spirit during a rough patch that she was going through.

“After I’d lost my business and my partner, to see her smiling face, and dance with her, or talk each others’ ears off, got me through one of the hardest times in my life.” Kangas shared. “It was such a joy to live with her.”

She added, “The way she left this world is so tragic and so sad, like Shakespeare’s Ophelia. So abrupt and it just doesn’t make any sense.”

Brenaman was also looking back at the moment he first met McCarthy.

“I was DJing between sets at the Sacramento Electronic Music Festival and Crystal’s band FAVORS was performing,” he explained. “She played electronic drums to a pre-recorded backing track along with the rest of the band. I was sitting by the mixing desk and the sound engineer handed me a pair of headphones with a huge grin on his face. I put them on, and I could hear only Crystal’s drums, which were, to put it mildly, not quite in sync with the backing track. I looked up at the stage and I couldn’t help but grin too as I saw her; jumping up and down and dancing, her orange hair bouncing, pounding away on those drums as if she was the only person in the room. That’s the Crystal I knew and loved – quite literally playing to the beat of her own drum with total commitment and maximum joy.”

For Larkin’s part, she wants people to known that McCarthy’s luminous personality was a ray of perseverance breaking through the clouds of reality.

“The world was not always kind to Crystal when she was growing up, and she had to make her own way,” Larkin shared. “She could have had so much darkness in her after that, but instead she compressed that coal into sparking rhinestones and glitter eyeshadow. I never understood how she did it. When I think of her in the river, I think her beautiful hair flowing around her head like a mermaid.”