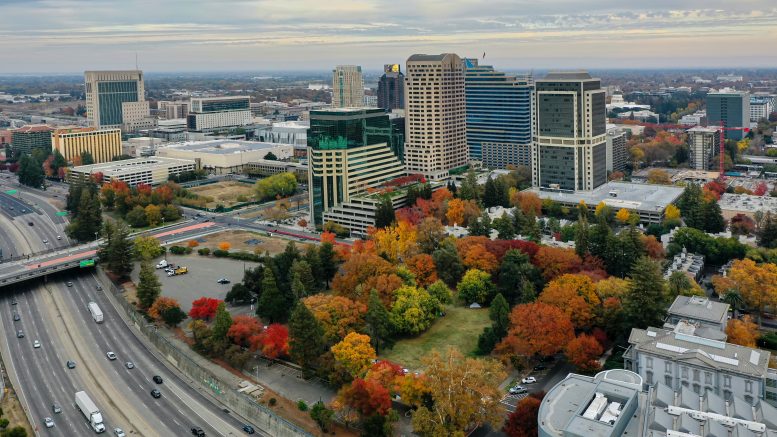 California’s independent redistricting commission is taking a lot of heat for the congressional and legislative maps it’s drawing to beat a Dec. 27 deadline.

But it’s not just the at-times confusing product that’s under the microscope. It’s also the commission’s messy process — with accusations of secrecy, complaints about public input and now questions about whether taxpayers are getting their money’s worth.

The state is funding the commission with $20.3 million — about twice as much as the previous independent commission received.

Steven Maviglio — a Sacramento-based Democratic consultant who has been one of the commission’s most outspoken critics and opposed its creation to begin with — said it has been plagued with “cost overrun after overrun.”

“Everyone understands that redistricting is an ugly process no matter who does it, but what I’m seeing here is amateur sausage-making,” he told CalMatters.

Jane Andersen, chairperson of the commission this week, said that the panel has demonstrated a commitment to an open process with extensive public outreach – one that took place under “extraordinary circumstances,” including the pandemic and an unprecedented delay in the 2020 Census data.

One reason for the current commission’s bigger budget is because it started four months earlier than the previous one, and its work has been extended by the Census delay. Having to conduct public outreach virtually over the summer due to COVID-19 also drove up costs – audio and video, translation, captions and interpretation, said Fredy Ceja, director of communications for the commission.

“The people of California entrusted the redistricting process to a group of their peers without a blueprint for how to do so,” Andersen, a Republican from Berkeley who is a civil engineer, said in a statement issued Tuesday night. “The Commission created and executed a robust community input process, which may not be perfect, but was led with integrity and transparency in hopes that it will result in fairer maps for the people of California.”

When voters approved the 2008 ballot measure that created the commission and took once-a-decade redistricting away from the Legislature, the initiative stated that the cost would be set at the amount of the prior redistricting, plus inflation. After the 2000 Census, that was about $3 million.

In reality, the first independent commission that drew districts after the 2010 Census spent $10.4 million in state money, plus $3.3 million donated by a private foundation for public outreach.

Of the $20 million state appropriation for the current commission, it had received $8.4 million as of July 1, according to budget documents provided to CalMatters. The commission wasn’t able to give an overall updated spending total, but did say it had paid its legal counsel and mapping consultants more than $1.2 million by mid-November.

The money also goes to pay staff, rent venues, produce audio and video and provide translations. There are also costs for public outreach: printing marketing materials, purchasing ads online and other costs to educate the public about redistricting and seek its involvement.

The budget also includes $1.2 million for its legal counsel, $149,000 of which had been spent through Nov. 10, according to Ceja. Under the contract with Strumwasser and Woocher LLC, the senior counsel and partners are paid $575 an hour and associates $375 an hour.

And the commission has budgeted $1.6 million for its mapping consultants: HaystaqDNA and Q2 Data & Research, and paid them $1.1 million through Nov. 10. The previous commission paid $592,000 to Q2 for line drawing.

The Legislature allocated money separately to the Statewide Database to create a mapping tool. And the state auditor’s office received a separate $5.2 million appropriation to select and empanel the commission.

Commissioners, themselves, get a stipend — $378 per day when attending meetings or doing commission work. Though some commissioners have been noticeably absent from meetings, there are no attendance requirements. The commission voted to allow those commissioners who wanted to meet in person to do so, and their travel is reimbursed. The others participate via Zoom.

The commission has been meeting six days a week most weeks since mid-November and plans to continue on that schedule until adopting final maps late this month.

It approved preliminary maps Nov. 10, but it’s already blowing some of them up. It wrapped up new versions of state Assembly maps, but not until about 12:40 a.m. Tuesday.

To balance the various criteria the commission has to weigh, some of the districts ended up oddly-shaped. There were long “necks” within districts, for example, in San Pedro to separate the ports, as requested by community input.

Commissioners, who started reviewing congressional districts Tuesday, asserted that there isn’t a great way to evaluate one community of interest’s input over another.

“Why? The lack of foresight to start with previous maps also drawn by an independent commission,” she tweeted Tuesday. She also said that legislators, who know their districts, should have a bigger say in the process.

She’s so fed up that she says that the initiative that gave redistricting power to the commission should be revisited: “There should be a better way to avoid political gerrymandering, while giving a true voice to the community and its representatives.”

Jonathan Mehta Stein, executive director of California Common Cause, a government reform group that pushed for independent redistricting, said the messiness is better than the alternative.

“Democracy done in public is going to be messy. These are 14 folks with the best interests of California in mind, trying to draw a huge number of districts on a public livestream,” he told CalMatters via email. “They can’t take things into a back room for a couple weeks to work on it, make some mistakes, and then bring back a more polished product. We’re seeing everything — and that includes the good and the bad.”

Commissioner Sara Sadhwani defended the new Assembly map, which she said was “based on compromise and consensus.” But in a Tuesday tweet, she acknowledged that “not everybody will be happy.”

For some, it’s more than unhappiness with the maps themselves.

On Nov. 30, five Republican voters filed an emergency petition with California’s Supreme Court to order the commission to disclose its analysis on past racially polarized voting, which it uses to draw districts to comply with the Voting Rights Act.

Republican political strategist Matt Rexroad said that while he understands that the citizens commission members might be juggling multiple jobs, they need to hear the public input to make decisions.

“If you value the public input, you show up to listen to it,” he said via email.

The petition, filed by Harmeet Dhillon, a Republican National Committee member, also says that any private conversations between commissioners and interest groups should be made public. Finally, the complaint urges that the commission’s legal counsel be fired because it has also worked for legislative leaders and the campaigns of former President Barack Obama.

In its response, filed with the court Tuesday, the commission categorically denied the allegations and gave no indication it will comply with any of the demands in the petition. The commission’s lawyers said it had posted maps showing the results of the racial voting analysis, and said commissioners have not been holding any secret or illegal meetings.

The petition is lacking in merit and, at worst, “represents a politically motivated attempt to obstruct the Commission’s efforts by denying it the advice of its chosen counsel in these final crucial days of the redistricting process,” added the response filed by the commission’s counsel.

The commission is already expecting to be dragged into court again, even after it submits its final maps to the Secretary of State. Its budget includes $4.3 million for litigation following redistricting.

The previous commission spent about $2 million on legal costs after the 2011 redistricting.The congressional and state Senate plans were challenged in state and federal court, and the composition of the commission, itself, was challenged in state court, according to research from Loyola Law School. None of the challenges were successful.

Aside from the GOP voter petition, redistricting experts and close observers have complained about the public comment process, including a lack of clarity on specific timing, files not posted early enough for the public to review and comment, or file formats that were hard to read.

While the process hasn’t been perfect, James Woodson, policy director for the California Black Census and Redistricting Hub, said the independent commission does more to serve voters rather than self-interested politicians.

“This process has given Californians like the ones our coalition engages — Black immigrants, refugees, formerly incarcerated people, houseless folks who are traditionally left out of processes like this — the opportunity to engage the commission and have their voices heard,” he said. “We would not trade this process for another.”

Still, Woodson noted some ways the process could be improved, including more time for commissioners to be trained on California’s laws and diverse makeup. That could also include engaging more with the prior commission.

Some voters alsocommended the commissioners for their labors on a compressed timeline.

“This is not easy work and very time-consuming,” said one caller from Bakersfield. “Thank you for what you have done.”

California redistricting: Which incumbents are in tough spots?

Be the first to comment on "Why is California’s redistricting commission under increasing scrutiny?"