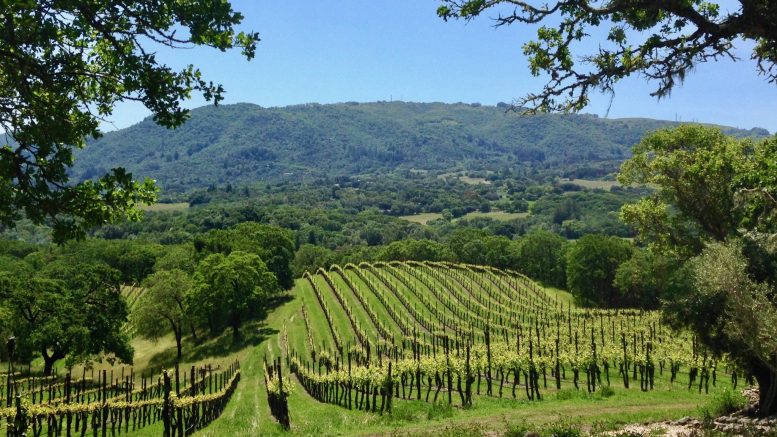 For more than a century, Glen Ellen was a refuge for outcasts: From Jack London to Hunter S. Thompson, lost loners flocked to this hideaway tucked under Sonoma’s craterscape of green hills and endless oak trees. Known as the Valley of the Moon, it remains an escape hatch to this day, one that gives vino lovers a blood-warming oasis that’s far removed from the plaster, Disney-esque winery mansions that dominate nearby Napa.

One highlight in the town is Laurel Glen Vineyard. Its wine bar is saddled in a post office from 1872 and breathes a rough, Western charm that makes the tasting experience feel genuine. For several years, the first winery in this landmark was Kivelstadlt Cellars, which built its name on rare blends like the Father’s Watch: That’s a smooth union of syrah, grenache and carignane with hints of spicy grapefruit swirled on black liquorish topped by a subtle, cinnamon finish.  This valley invention also has some clove-touched moonglow to it.

Kivelstadlt Cellars now hosts its tastings in a winegarten 11 miles south of the hamlet, but Laurel Glen Vineyard is keeping the 149-year-old building open around vine virtuosity. Travelers can make appointments to come inside and experience wines from Laurel Glen’s organically farmed grapes that grow a thousand-feet up on the slopes of Sonoma Mountain. It’s the same mountain where Jack London taught himself to be a farmer in 1905 along a rustic piece of paradise called “Beauty Ranch.” London, a big-time wine lover, was interested in the concept of sustainable farming long before a term even existed for it. The eco-friendly ethos behind his experiments growing hay and handling livestock is a mantle that’s carried on by the farming team at Laurel Glen, resulting in the winery’s array of high-level sauvignon blancs and cabernet sauvignons.

Across the street is the Jack London Saloon, a brick holdover from the days of its namesake filled with old photographs and Gilded Age chandeliers. Local wines are stacked across the dusty Victorian shelves, including St. Francis Vineyards’ old vine zinfandel, which is a pathfinder for what Sonoma soil can do. The St. Francis zin glows with bright boysenberry dimensions, its base conjuring faint, crackling hues of vanilla and nutmeg. Another bottle behind the bar from Glen Ellen is Benzinger’s cabernet, which is a bit lighter and a little crisper than the zin, but still a red that’s purebred by northern California sunshine.

The saloon’s dark oak and crimson stone are littered with hints of the past, much of it centered around a painting of London himself. He was already a literary force when he settled just up the road at Beauty Ranch. The world knew him through novels like “Call of the Wild” and “The Sea Wolf,” but during his time in Glen Ellen he solidified that reputation by penning his famed wilderness adventure, “White Fang.” London had grown up in dire poverty, which, as a teenager, drove him to work as an oyster pirate in the waters between Oakland and San Francisco. By the time he lived in Glen Ellen, he was successful enough to enjoy large steaks and red wine for dinner almost every night. London’s admiration for this place that produced his favorite drink was captured in his novel, “The Valley of the Moon.”

Down the road from Glen Ellen’s main street, a Prohibition-era truck keeps watch over the arresting hillsides that surround Mayo Family Winery. While this valley staple is known for brut sparkling and steel-barrel Chardonnay, winemaker Michel Berthoud has also mastered a Port made from Zinfandel grapes, which tastes like Cayenne, honey and sugarcane, all melting into a seamless cardinal bliss. Wine fanatics won’t want to miss this stop.

Perhaps Glen Ellen’s most indelible tasting experience lies on its outskirts. Owned by 50-year friends, it’s aptly named Two Amigos Wines. One half of the duo is Bob Briner, a retired engineer; the other is Squire Fridell, who was the face of Toyota commercials in the 1980s and the actor who played Ronald McDonald for Generation X. Two Amigos is a laid-back operation making some of Sonoma’s most richly balanced, fruit-forward syrah. The vineyard is also just a mile away from where Hunter S. Thompson lived when he was reporting for The National Observer. Thompson was 26-years-old when he wrote in Glen Ellen – creatively frustrated, perpetually broke and carrying a newborn son around with him. He was only months away from getting so drunk while covering Barry Goldwater’s speech at the 1964 Republican National Convention in San Francisco that The Observer hit him with a letter of reprimand for being out of control. In Glen Ellen, surrounded by some of the best vineyard soil in California, Thompson was already on his way to embracing a life-long love of alcohol, which included wine – among many other drinks.

When talking local literature, Briner and Fridell are more likely to bring up Jack London than Hunter Thompson. They share an admiration for the life that London made for himself in Glen Ellen, as well as the monumental contributions the author’s spirited, globe-trotting wife Charmian brought to that legacy. Charmian also has a picture hanging on the faded walls of the Jack London Saloon. The Two Amigos’ own wives, Suzy and Kari, have played a huge role in giving the winery its highly welcoming touch. Tastings here are personal by design, as guests can only visit the estate through one-on-one tours with the owners. And making those arrangements leads to sipping wine with Briner and Fridell on a hilltop overlooking one of the Valley of the Moon’s most breathtaking vistas.

“It’s hard to have a very personal experience when you go wine tasting in Napa,” Briner told SN&R. “You walk into a tasting room, and there are 50 people, and you have to fight just to get a glass. Very special things can happen at small, boutique wineries, especially where everything is literally made by hand.”

Fridell agrees, noting that his 30-year journey as a winemaker has been more invigorating than moments on the Shakespearean stage or his gigs on Hollywood back lots.

“There’s been no greater pleasure in my life than opening a bottle of wine that I’ve made, from grapes I’ve grown, and having someone say, ’This shit is pretty good,’” Fridell notes with a smile. “I think people who leave here come away with a little capsule of who Bob and I are.”