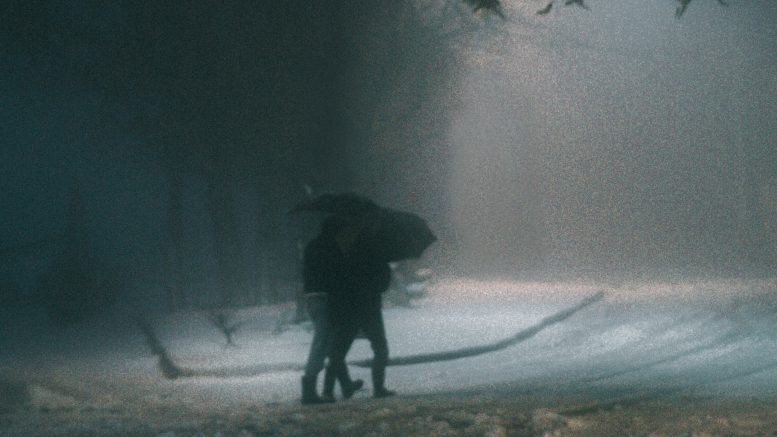 While many Californians were celebrating October’s powerful storm, fish biologists on the Mokelumne River were not

The Mokelumne River was seeing an outstanding run of fall chinook salmon at the fish hatchery when the atmospheric river hit between Oct. 24 and 25.

“We lost a lot of our fish,” said William Smith, manager of the Mokelumne River Fish Hatchery. “The Cosumnes River went up to 14,000 cfs (cubic feet per second) and every creek in the region came up with the storm. As a result, the salmon scattered throughout the Valley. Meanwhile, the releases from Camanche Dam were still 250 cfs.”

He added, “The rain was a blessing for some, but not for us.”

“The majority of fish in the river are jacks, not adults,” he noted. “There are not even 1,000 adult females in the river now.”

The latest fish count over the Woodbridge Diversion Dam was 4,050 salmon, but only 320 came up over the past week.

Smith said his team is considering options to meet the shortfall in eggs if more fish don’t arrive before the end of spawning season. Last year they obtained 1.5 million eggs from the Feather River Hatchery to meet their shortfall. To date, they have taken 3.5 million eggs, most collected before the storm. Their egg-take goal is 7.1 million and the production goal is 6.4 million salmon smolts.

Steelhead are now also showing at the hatchery, with 115 reported so far.

“We should have no problem getting the fish to meet our production goal of 4.5 million smolts this coming year,” Novak explained. “We have taken a total of 2.9 million green eggs to date. Also, around 50 percent of the fish we’re seeing at the hatchery are jacks (two-year-old fish).”

The 4.5 million salmon smolts include 500,000 additional fish to combat effects of the drought.

The steelhead seen to date are Central Valley strain steelhead in the 16- to 18-inch range, probably from the Mokelumne River Fish Hatchery.

“We didn’t spawn these fish – we returned them all to the river,” Novak said.

Fall-run chinook salmon spawning operations have successfully concluded at the Feather River Fish Hatchery. Penny Crawshaw, one of its managers, said the California Department of Fish and Wildlife has taken 15.7 million eggs from the fall chinook that they spawned this year. Their production goal for this coming year is 7,750,000 salmon smolts, including 1.75 million additional smolts.

While the numbers of fall chinooks showing “are a little less than last year,” she said the spring run was “phenomenal,” with 3.1 million eggs taken to reach a production goal of 2 million.

Crawshaw added that hatchery staff released 32 male and 31 female steelhead back into the river on the last day of salmon spawning.