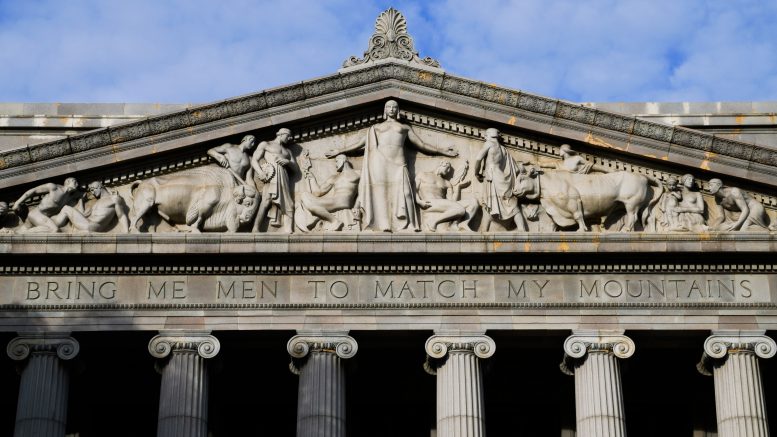 Sacramento prosecutors spent the final weeks of fall seeking closure for a handful of families whose loved ones had been killed in jarring ways. As of Nov. 22, they had won four major jury trials in less in than four weeks – teeing up a quintet of newly convicted murderers to spend a collective 160 behind bars.

The first of legal victories came a few days before Halloween, when a jury found 57-year-old Michael Womack guilty of murdering his foster brother, Greg Prescott, with a decorative samurai sword. The incident started Sept. 20, 2018, when Sacramento Sheriff’s deputies were called to a home on Bainbridge Drive in North Highlands. The initial 911 caller told dispatchers that a fight had erupted between two men and one was bleeding. The caller also said the other man – later identified as Womack – was leaving the scene in his vehicle.

Deputies and paramedics arrived to find Prescott suffering from multiple stabbing and slashing wounds. After further investigation, authorities determined that Womack and Prescott had gotten into an argument in the house they shared, prompting Prescott to start running away from his foster brother. Womack began chasing him with a samurai sword, viciously attacking him when he caught up.

Emergency responders tried to save Prescott at the scene. They could not stabilize him.

The next win for prosecutors came Nov. 8, when they convinced jurors that Jessica Prater was responsible for the numbing murder of her 5-year-old son by torture.

The case had been pending a resolution since 2016.

According to Sheriff’s detectives, that’s when Prater, 37, moved herself and her little son Zachary into the home of her boyfriend Adam Caldwell. The three were living together at an address on Pershing Avenue in Orangevale. Investigators say both adults soon began to “punish and abuse Zachary, both psychologically and physically.”

A pathologist would later determine that Zachary had endured “extensive abuse,” including being beaten and subjected to “water submersion.”

On June 2, 2016, Prater suddenly called 911, claiming her child had accidently gulped down bathtub water and was in trouble. Paramedics rushed Zachary to a hospital, where he later died.

Another case that found its conclusion this fall involved the murder of 15-year-old Macy Murphy in South Sacramento. Similar to the Prater saga, that case had crawled through the county’s legal system for more than four years.

Murphy was found dead inside a car on Inisheer Way in May of 2016. She had been shot in the back of the head.

Authorities say that a young man from within Murphy’s circle of friends, Christopher Simpson, was responsible for her cold-blooded assassination. Simpson was 17 at the time when he committed the murder. His motive, according to detectives, was a suspicion that Murphy had “disrespected” him.

The DA’s final murder case to wrap up in November involved a “ghost gun” sale gone terribly wrong in Natomas.

Almost exactly two years before his trial began, Adrian Castillo and a teenage friend pulled into a shopping center off Truxal Road. They were there to illegally sell an untraceable Glock pistol to a buyer that they’d connected with. Detective say that buyer soon arrived in a car full of people. Another man, 29-year-old Kenyatta Dawson, was driving that group’s vehicle. The would-be buyer then handed Castillo an envelope full of cash in exchange for the ghost gun. As the buyer, along with Dawson, another man and two other women, pulled away, Castillo reportedly discovered that he’d been short-changed in the deal.

Angered, Castillo directed the teen to start chasing the buyer’s car down Truxal Road. This was especially bad for the others in the fleeing vehicle, as D.A. spokeswoman Shelley Orio noted last week, writing that “no one else in the car had any interest in the gun purchase.”

Once Castillo’s car got closer, he opened fire with a .45-caliber Glock that was illegally altered to be a machine gun. A round hit Dawson in the head, killing him instantly. Dawson’s father later told reporters that his son died trying to shield his fiance’s son and two young women.

After Dawson was struck, the group’s vehicle went careening across Truxal as it smashed into another car. At that point, say detectives, Castillo got out of his vehicle and pulled a second pistol. He walked over to the disabled vehicle, opening fire on its helpless occupants.

“The gun buyer was shot through the jaw, breaking both jaw bones, and shot through both legs,” Ore noted. “There was no evidence that anyone from the victim’s car returned fire.”

Castillo was on the run for roughly four days before Sacramento police detectives tracked him down.

On Nov. 22, a jury found him guilty of first-degree murder with special circumstances. He’ll be sentenced at the end of December, facing a potential maximum sentence of life without the possibility of parole.

Be the first to comment on "Local prosecutors get convictions in slaying of toddler, execution of teen girl and death of sword-hacking victim"