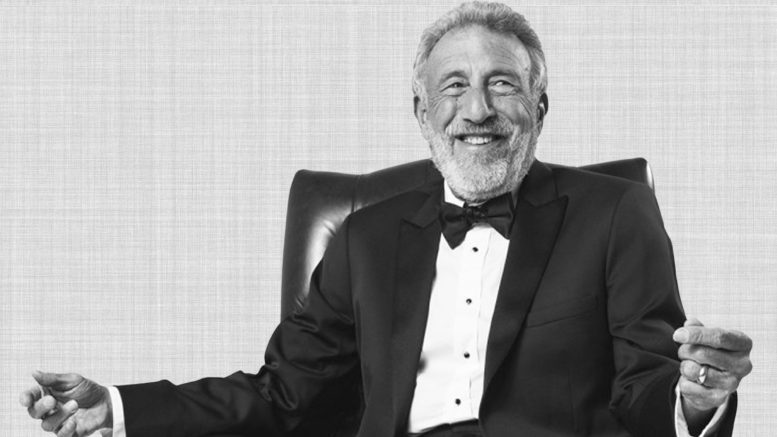 Men’s Wearhouse founder George Zimmer has written a memoir “I Guarantee It,” that not only tells his amazing personal story, but much more importantly provides a blueprint for reforming corporate capitalism.

His personal story of a marijuana-smoking hippie, son of a men’s clothing executive, who by trial and error builds up a highly profitable national chain of over 1,000 men’s clothing stores, employing over 100,000 people, doing $2.5 billion on sales, only to be fired by his own Board of Directors, is a fascinating read. It becomes a morality tale when the greedy new owners significantly increase their pay, make bad business decisions and drive the company into bankruptcy.

It is also a very timely book. After the financial meltdown of 2008, the ongoing destruction of the planet and growing income inequality in America, there is an ever-increasing realization among nearly all Americans, including both Bernie Sanders and Donald Trump voters, that the view that a corporation’s primary concern should be its shareholders needs to be dramatically changed.

The current system not only allows but encourages corporate behavior that is not only immoral but often criminal without penalty. This system, particularly in the financial, pharmaceutical and tech industries is a disaster. The difficult question is: What should replace it?

Zimmer’s book shares the story of how he was able to build a national company with the values of stakeholder capitalism rather than shareholder capitalism. In his view, a corporation should take into the account the needs of its employees and the community. And this system worked. Zimmer’s company found that progressive corporate behavior made it better able to compete.

For the last 30 years since moving to Sacramento, I was a Men’s Wearhouse customer. It was as a customer that I experienced the Zimmer stakeholder capitalist system. I believe that many men share my approach to clothes purchases. It is a chore, like going to the dentist, changing the oil in the car or cleaning out the leaves in the gutters. It certainly needs to be done, but hopefully as infrequently as possible and as fast as possible. If these chores are done efficiently, then I can get back to the more important parts of life … like watching sports.

This is why I developed a great appreciation for Men’s Wearhouse. On average, I would need to purchase business clothing about twice a year. When I went into the Men’s Wearhouse on Arden, I would usually find the same excellent salespeople who had helped me the last time. They somehow would remember me and what I had bought in past years. They would instantly correctly predict my size, but they measured again just to make sure. And then, they would make well-thought-out, useful suggestions about what I should purchase. They were actually helping me, instead of selling me. I certainly made better decisions because of their help.

It was in talking to the Men’s Wearhouse salespeople that I learned about Suit University where they went for extra training and for fun. These salespeople, who took obvious pride in their work, clearly liked and admired George Zimmer.

I should mention that my friend Andy Furillo was a ghostwriter for Zimmer’s book. Zimmer recognizes Andy in his acknowledgments. That said, I first heard Zimmer’s story from his employees. The book and Andy reinforced what I had personally experienced in the store.

Let me contrast my experience of shopping at the Men’s Wearhouse to shopping for clothing at Macy’s. There I received no helpful advice, with the exception of the time that someone at the Arden store told me that the Men’s department was in the basement, when I was wandering around lost in the perfume section. I clearly needed assistance, but I received none. There were new faces each time I visited. While the sales associates did not have the time to make suggestions about purchases, they were always more than willing to help me sign up for a Macy’s credit card.

I recommend Zimmer’s book. It is only 171 pages and it has many cool stories. You can read about his Animal House fraternity days, the massive amounts of marijuana that he smoked and how he helped to legalize marijuana in California, and unbelievable behind-the-scenes tales of corporate combat.

If you were a Men’s Wearhouse customer, then you not only saved money buying a suit from Zimmer, you most likely had the experience of looking good because of the help you received from the good people at the Men’s Wearhouse.

While it is only a piece of cloth, a good well fitting suit can have your back. Zimmer’s book can also have your back. If you are working for a large corporation, then you may face corporate leadership that cuts your benefits, speeds up your work, lowers your pay, moves your job among other tactics to increase shareholder profit. After reading Zimmer’s book, you can say with confidence: Why not increase our training so we can do a better job? Why not increase our pay so we can lower turnover? Why not reduce excess corporate pay and shareholder dividends? Let’s allocate company resources to  make a real difference for our customers and for our community. We have a better plan. We have the George Zimmer plan.

So please read Zimmer’s book. You are going to have some extra time in February. Football is over after the Super Bowl, baseball hasn’t started, and college and pro basketball playoffs have not begun.

You are going to like how you think after reading the book. I guarantee it.

2 Comments on "Greenlight: You’ll like how you think after reading this book … I guarantee it!"