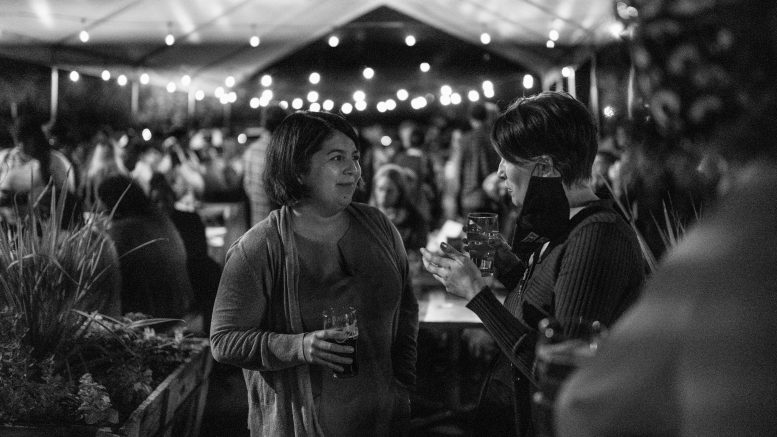 It’s been 17 months since Katie Valenzuela shocked Sacramento’s political establishment by ousting an influential, well-financed incumbent on the City Council.

Evidently, some in Sacramento’s political establishment aren’t over it.

Despite having less than a year on the actual job, Valenzuela could soon be facing a recall effort. For now, the players behind this political phantom menace remain a mystery, though fans of the Central City representative worry that it’s a cynical attempt to ride a broader wave of recalls targeting progressives across California.

“Given what’s happening around the state, we’ve decided we need to take this seriously,” Valenzuela told SN&R. “There’s a lot we still don’t know, but it’s better to be ready.”

News that Valenzuela, who unseated District 4 Councilman Steve Hansen, might already have a shadow recall campaign working against her emerged only recently. It took many supporters off-guard, as Valenzuela has not had the same kind of political dust-ups and embarrassments that have plagued some leaders who have faced – or currently face – recall. There have been no headlines about Valenzuela caught ignoring the very COVID mitigation measures she urged other people to follow, unlike Gov. Gavin Newsom and at least nine other Democratic leaders from San Francisco to Santa Monica. She has also not had any alleged racist tweets resurface after building her platform on social equity, like San Francisco School Board member Alison Collins, who is now facing recall.

So, if the kind of perceptions of hypocrisy fueling some California recalls aren’t inspiring the possible one against Valenzuela, what is? Based on the secretly operated push-poll that was aimed at her, the motivation might be the exact opposite – that she’s too genuine about her beliefs. The poll, which was conducted through phone calls and mailers, brought up local news stories and Sacramento Bee editorials about two staffers who Valenzuela hired for her City Hall team. One, long-time housing advocate Michelle Pariset, was criticized by The Bee’s management in 2019 for what she described as a personal conviction that she couldn’t legally withdraw Sacramento’s proposed charter amendment for strong rent control simply because the Council passed lesser protections.

The other, Skyler Henry, had expressed opinions on a podcast about the fallout that elected officials might face over failing to act on poverty and homelessness, which Sacramento City Manager Howard Chan then claimed equaled an endorsement of violence and harassment against himself. Henry denied that was his intent, but, at Chan’s request, the City filed a restraining order against him. A judge tentatively ruled the City had no right to do so – and Chan and company backed off.

Valenzuela ran a campaign on tackling Sacramento’s affordable housing crisis and worsening homeless epidemic. Pariset and Henry, when hired, had both been deeply invested in those issues within the public sphere.

Valenzuela told SN&R that, based on screenshots and reports from constituents, the push-poll framed Pariset and Henry’s stories in a slanted light and then asked a question to the effect of how Valenzuela could get anything done at City Hall after choosing to hire divisive figures. Push-polls are, by definition, controversial within the policy and good governance world, specifically because they claim to be straight surveys while using questions that have embedded and often misleading narratives impregnating them. These polls are designed to “push” public opinion as much as they gauge it.

Who paid for the push-poll? Valenzuela’s team doesn’t think that will be known unless the parties eventually file papers with the elections office to circulate a recall petition, or establish an official Political Action Campaign against her.

“The threshold for signatures isn’t very high to get that on the ballot,” Valenzuela acknowledged. “It’s not out of the realm of possibility that someone would try it.”

Amar Singh Shergill, a local executive board member of the state Democratic Party, says recalls have recently become the preferred weapon for alliances between California Republicans and the state’s more conservative Democrats.

“Conservative Democrats are upset that they’re finally being challenged on their conservative policies,” Shergill said of the recall trend. “And conservative Democrats are also dividing our party right now. They keep wanting to talk about progressive candidates being too radical, but what’s most radical is destroying the power of the Democratic Party by eliminating its most popular advocates. It’s a recipe for long-term disaster for the party.”

One tactic the Valenzuela-targeted push-poll used involved implying she’d not worked on the homelessness front as promised. The councilwoman’s supporters say that anyone who’s been watching the very public conversations playing out at City Hall – or listening to remarks from Mayor Darrell Steinberg himself – knows this is not true. Valenzuela has been actively engaged in helping implement Sacramento’s new Homeless Master Siting Plan, a $100 million initiative that’s now in the process of establishing more than 20 shelters and supportive living sites across the city.

Aware of this, veteran community organizer Cha Vang recently co-hosted a fundraising event at Bike Dog Broadway Taproom for Valenzuela. The idea was to start mustering resources to fight any recall attempt. Vang says that she’s known Valenzuela for years, having first worked with her on forming a nonprofit leadership program for young women. Vang feels that, since being elected, Valenzuela has rolled up her sleeves and done the hard work.

“I don’t think we’ve learned anything from our governor’s recall, which cost $250 million; and if we’re going to do the same as a city, how much would we spend – how much money would get wasted that could have been used to make sure our families are O.K. coming out of the pandemic?” Vang observed. “When you look at how Katie approaches policy work, she’s always asking the question, ‘Who exactly is the policy for?’ She’s been very committed to working for the most marginalized constituents in her district. She’s really been pushing for their voices to be heard.”

SN&R reached out to Valenzuela’s predecessor, Steve Hansen, to see if he had any thoughts on the recent push-poll, or a potential recall effort in his former district. He had not responded as of press time.

Valenzuela has also recently worked with Assemblyman Kevin McCarty and Senator Richard Pan to secure a $1 million grant to establish a new home for the Latino Center of Arts & Culture inside Midtown’s historic Winn Park building. Valenzuela says people in the surrounding neighborhoods have long hoped the landmark would spring to life again with an important mission behind it. For Valenzuela, it’s just one example of what her supposedly controversial City Hall team can do if not ensnared by recall politics.

“On one hand, I think this is a sign that we’re having an impact,” Valenzuela said of the potential recall. “On the other hand, it does make me nervous, because we’ve only had 11 months to show what’s possible. We’ve really worked hard, and I think we’re moving in the right direction.”

6 Comments on "The phantom recall: Who’s behind the push for removing Sacramento Councilmember Katie Valenzuela from office?"