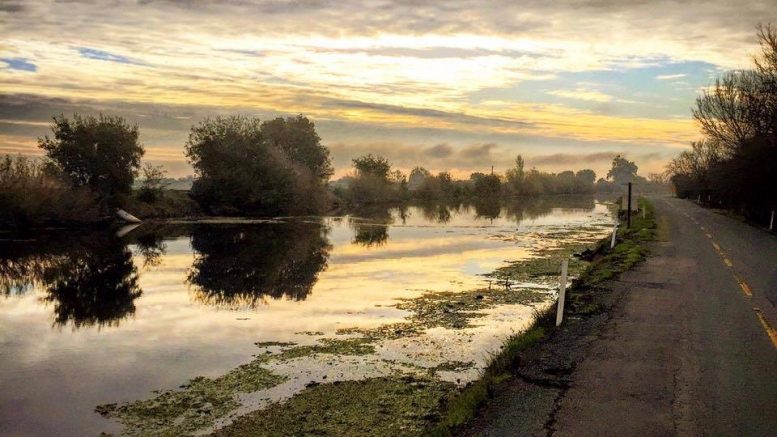 The road to Twitchel Island in the Delta. Photograph by Gregory Mitchell

On October 27, Fresno Superior Court Judge D. Tyler Tharpe tossed out the Westlands Water District’s proposed permanent federal water contract from the Central Valley Project that would have allocated roughly double the amount of water from Northern California that Los Angeles residents use in a year.

Tharpe found Westlands, the largest federal irrigation district in the nation, to have “misled the court and the public,” according to a statement from the Pacific Coast Federation of Fishermen’s Associations (PCFFA), one of the organizations that joined in the lawsuit against Westlands.

The contract would have provided Westlands, located on the west side of the San Joaquin Valley, access to 1.15 million acre-feet of water for irrigation and other purposes, but it wouldn’t have guaranteed that amount of water for the district’s growers in a critically dry year like the 2020-2021 water year that ended on September 30.

In rejecting the contract, Judge Tharpe ruled that the unfinished and incomplete contract lacked key financial terms and proper public notice under the Brown Act.

“This is a victory for the rule of law, fishery protections and the public’s water supplies,” said Mike Conroy, Executive Director of the Pacific Coast Federation of Fishermen’s Associations. “Westlands hid the ball from the public and rushed this contract through to get a sweetheart deal from their former lobbyist David Bernhardt whose Interior Department put in the fix to try to escape more than $400 million in fish and wildlife mitigation costs owed.”

He added, “This is an important victory for efforts by PCFFA and salmon-dependent industries to keep even more water from being withdrawn from the San Francisco Bay Delta to feed insatiable water demands from Westlands and other big, corporate agribusiness interests depending on the already highly subsidized federal irrigation water system that makes up the Central Valley Project.”

Larry Collins, from the San Francisco based Crab Boat Owners Association, agreed, stating, “The Administration needs to rescind these federal contracts, collect the $400 million and ensure compliance with financial obligations under Reclamation law as well as environmental protection laws. Reclamation should stop allowing the abuse of this precious public resource and Westlands along with other CVP contractors to sneak around the rules.”

“The Hoopa Valley Tribe’s Trinity River fishery is one of the CVP’s victims,” Tribal Chairman Joe Davis said in a statement. “But the contractors never wanted to pay the costs of restoration that Congress made a condition of future water delivers in the CVPIA.”

“Westlands led the charge against paying and has opposed Trinity restoration for decades,” he said. “But Westlands wouldn’t exist without Trinity River water being taken from our fishery,” added Vice- Chairman, Everett Colegrove Jr. “And that transfer of wealth has generated billions for Westlands and other CVP contractors, with devastating impacts to Hoopa’s economy, culture, and community.”

For more than ten years, the tribe tried to get Reclamation to charge the contractors for Trinity Restoration costs, according to Orcutt.

“It’s no secret that the Westlands Water Corporation sells the Trinity River water for hefty profits,” he noted. “Yet, we could never get a straight answer on the accounting from Reclamation. But we knew that these CVP contracts were going to be permanent, and it was our last chance to make sure Reclamation collected the money.”

According to Orcutt, as these contracts were being negotiated, “Reclamation made clear to Hoopa that it would ignore the financial accounting Hoopa sought and the law required.”

The Westlands Water District disagreed strongly with the assessment of tribes, fishing groups and environmental organizations that the Judge rejected the district’s contract.

“The Judge did not reject the District’s contract, but rather he ruled that he did not have jurisdiction and was unable to validate the contract,” said Shelley Cartwright, Westlands spokesperson. “He did not make a ruling on the substance or validity of the contract itself. As for a reaction to the court’s order, the District is evaluating the order and considering options.”