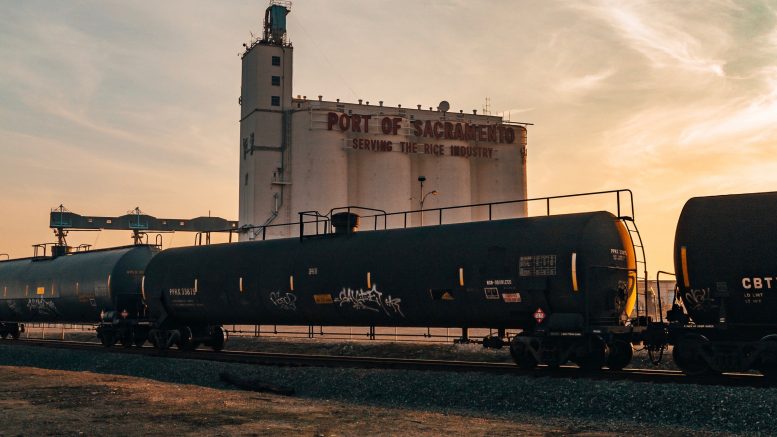 Last year, after people in the region spent weeks breathing some of the worst, smoke-choked air on earth, Sacramento County’s Board of Supervisors declared a climate emergency and set out to get the county’s overall carbon emissions to complete neutrality by 2030. Its staff has been coming up with a game plan to make that a reality ever since. However, when the details of their initiative were reviewed by the county planning commission last week, most environmental groups panned the effort as sheepish, naïve and lacking enforcement muscle.

After three hours of comment and deliberation, planning commissioners decided not to throw their support behind it.

Some elements of the climate action plan have been in development since 2016, though its scope and timeline took on greater urgency after the Board declared its 2030 objective.

“That goal is very ambitious,” Sacramento County Principal Planner Todd Smith told commissioners on Oct. 25. “We’re fortunate to have agency partnerships like SMUD. They are doing an excellent job by promoting and adapting a carbon-zero plan, and that helps the County quite a bit.”

Smith said that public outreach on the plan had included 34 meetings, four workshops and building an email subscription list of 6,700 people and groups.

“The public workshops were really about gathering the community’s ideas and concerns,” he noted.

Some of the action plan revolved around things that county government can do on its own dime with its own property, including green conversions on all county-owned buildings, switching to an electric vehicle fleet and maintaining open space and expanding urban forest on county-controlled land.

However, when it came to changes to public life, the plan got more complicated and controversial. While the County can require that all new homes and commercial buildings be constructed with zero fossil fuel infrastructure, Sacramento is a nearly 170-year-old community: Many of its homes were built in the 1950s, 60s, 70s and 80s – and some are far more mature. Additionally, Sacramento’s street grids and neighborhood layouts were never designed with reduced traffic in mind. One aspect of the plan was to implement a point-of-sale mandate that would require every older home that went on the market to have an electrical upgrade to reduce its natural gas usage. This idea was criticized by real estate agents and home-builders, all of whom said it would channel significant extra costs to either buyers or sellers, thus making Sacramento’s already-acute affordable housing crisis even more dire.

“I know we want to go in the right direction, but it seems like the purpose of the climate action plan is to quantify things, and a lot of the things in here are non-quantifiable in terms of impacts,” Commissioner Justin Raithel pointed out.

A consultant with Ascent Environmental, Inc., which helped develop the plan, said that County staff didn’t want to “make estimates based on uncertainty.”

But the plan had moving parts that conservationists took issue with, too. Specifically, it relied heavily on meeting its emission reduction goals through urban in-fill, carbon credits and a carbon farming program, all of which would be achieved through education, public outreach and voluntary agreements and partnerships. Environmental groups characterized the strategy as not going far enough. Commissioner Genevieve Wong was also skeptical, particularly about the County’s optimism in getting the agriculture sector involved in carbon farming.

“Based on the comments submitted, it doesn’t seem like the affected stakeholder group is even that interested in implementing these measures,” Wong pointed out.

Environmental groups were more pointed. Ralph Propper, a retired U.C. Davis chemistry professor who’s now the president of the Environmental Council of Sacramento, tried to put the stakes into context.

“I just want to take note of the fact that we just had the heaviest day of rainfall in Sacramento history. This is something that we might expect more of in the future,” Propper observed. “This is consistent with the modeling, that we’ll get more intense atmospheric rivers, as well as more droughts … We need a much stronger climate action plan to deal with the problems ahead.”

Barbara Leary from the Sacramento chapter of the Sierra Club took a similar view, noting that the action plan was created using old environmental data.

“We are concerned with the lack of a more thorough environmental impact analysis for the project,” Leary told commissioners. “We’d also like to note that the carbon farming measure lacks enforceability, and the carbon credit plan lacks detail on local possibilities and implementation, which is critical.”

Locals members of The Sunrise Movement, as well as Climate Health Now – California doctors and health care professionals working against climate change – also leveled stern criticism of the action plan. So did numerous members of the public.

“The present document has vague, unsubstantiated measures without specific timelines, program details and realistic goals,” said resident Leslie Cummings. “And I think we need to develop those now to address this terrible ticking timebomb that we have over our heads.”