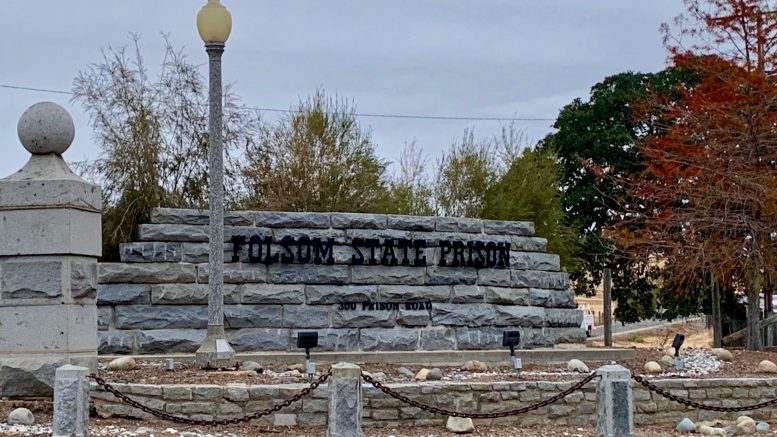 Almost from the outset of the pandemic’s reach into California, Gov. Gavin Newsom has put himself and the state through a contradictory series of orders, declarations and suggestions of seriousness. In that regard, his baffling stance against mandatory vaccinations for the state’s prison workers is only the latest turn.

It speaks to a larger issue, however. For even with a federal judge flatly stating that unvaccinated prison employees are “the primary vector” of infection among inmates, Newsom is again coming down on the side of a political ally — in this case, an ally, the state prison guards’ union, that contributed heavily to defeat the governor’s recall from office.

Taken together with his previous missteps and occasional personal indifference to his own COVID rules, Newsom’s opposition to mandatory vaccines for guards and other correctional officers casts him as serious about controlling the virus only to the extent that it doesn’t cost him political support. And it ignores the reality that those most affected by this situation are among the racial and ethnic groups already disproportionately hit by the disease.

Their exposure to COVID-19 — and, recently, its fast-spreading delta variant — comes primarily through contact with staff. Yet prisoners are vaccinated at much higher rates than their guards and other corrections employees. Overall, 77% of California’s prison inmates are fully vaccinated, versus just 61% of prison staff, according to the San Francisco Chronicle. And prisoners are vaccinated willingly; they are not required to submit to inoculation.

According to California Department of Corrections and Rehabilitation (CDCR) data, the state’s prison system includes roughly 99,000 inmates. Since the advent of the pandemic, the system has confirmed more than 51,000 COVID cases among inmates, with 241 deaths. Twenty-eight of those deaths, along with that of a correctional officer, came in a single outbreak at San Quentin after a botched inmate transfer created mass exposure.

A lawsuit brought by the Prison Law Office, which provides free legal services to inmates, contended that by allowing prison workers to go unvaccinated, the state was knowingly disregarding a substantial risk of serious harm to prisoners, thus violating their Eighth Amendment rights against cruel and unusual punishment. U.S. District Judge Jon S. Tigar in Oakland agreed, ruling in September that Newsom and the state were refusing to do “what the undisputed evidence requires” — mandate vaccines for prison employees. It was during the case that J. Clark Kelso, the federally appointed overseer of California’s prison health system, noted that 20,000 corrections employees had tested positive for COVID, and that 11 unvaccinated employees had died of the disease in the previous month alone.

Newsom, though, was never on board. In fact, the governor joined the CDCR in appealing the ruling. In a statement released by his office, Newsom didn’t explain his reasoning. Instead, the statement noted that California was the first state to mandate vaccines for its employees, failing to add that those employees could choose to be tested rather than get vaxxed. It also said the state “led the nation in providing early access to vaccines for incarcerated people.”

A Kern County judge, meanwhile, blocked the state order requiring prison workers to be vaccinated or tested. Tigar’s federal ruling was more sweeping; it did away with the regular testing option altogether, noting that such a plan was not “an adequate proxy” for vaccination.

How could the governor stand against a strong move toward vaccinating state employees who constantly come into contact with inmates? Follow the money. In this case, the California Correctional Peace Officers Association, the prison guard union that strongly opposes a vaccine mandate for its members, contributed $1.75 million to the anti-recall effort on Newsom’s behalf. “The key word is ‘encourage,’ not ‘mandate,’” said Glen Stailey, president of the union, in explaining the approach the union wanted Newsom to take.

It’s not the first time the governor has lined up squarely behind his own financial backers. During the vaccine rollout in California, Newsom ignored county health officials’ pleas to allow them to handle distribution in their own areas; instead, he signed up Blue Shield, a longtime contributor, to coordinate the plan statewide. The result was such a fiasco that the state granted counties the ability to work their own programs, and Blue Shield quietly withdrew from the process.

Newsom placed the state on a then-unprecedented lockdown in March of 2020, but then, under heavy pressure from business interests and facing public protests, he reopened in May. It was a rushed process, his own top health aides conceded, and led to last summer’s surge in COVID cases. His own maskless appearance last November at a pricey Napa Valley restaurant, seated next to top officials from the California Medical Association, painted a picture of a governor whose health rules were malleable depending upon the quality of the lobbyist.

In enforcing a mandatory vaccine for prison workers, Judge Tigar laid out the facts. “No one challenges the serious risks that COVID-19 poses to incarcerated persons,” he wrote. “No one disputes that it is difficult to control the virus once it has been introduced into a prison setting. No one contests that staff are the primary vector for introduction. And no one argues that testing, even if done on a daily basis, is an adequate proxy for vaccination to reduce the risk of infection.”

The judge also noted that every coordinated attempt to entice prison workers to be vaccinated — giveaways, group informational sessions, one-on-one meetings with health officials — had failed to significantly change the numbers. As of his ruling, Tigar wrote, “the overall (prison) staff vaccination rate is 55% statewide, with rates in the 30% range at several institutions and a correctional staff rate as low as 18% at one institution.”

Newsom is well aware of those figures, just as he knows that Blacks and Latinos comprise 73% of all male state prisoners and 61% of the female prison population. He also understands the point of controlling viral spread generally. In announcing a mandatory COVID vaccination for all public and private school students once it is available — and in allowing no regular-testing option — Newsom said, “These requirements are working across the country. I think the evidence is rather overwhelming in getting people vaccinated.”

Clearly, though, that overwhelming evidence is not applied equally. The next time Newsom either orders or opposes a COVID vaccine mandate, no one could be blamed for wondering what drove his decision.

Why one California school district mandates COVID vaccinations for students

Be the first to comment on "Why no mandated vaccinations for California prison workers?"