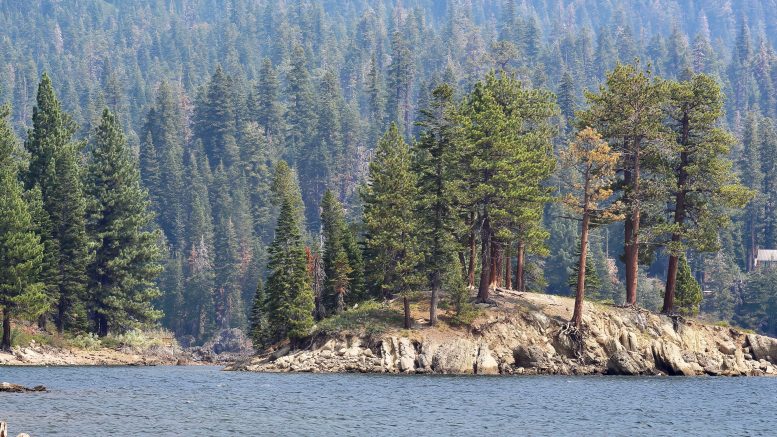 That much was clear as federal investigators ended several major probes over the summer, the incidents involving large-scale plant and wildlife destruction from the central to northern Sierra.

One case centered on 37-year-old Eleno Fernandez-Garcia, a Mexican national who was caught growing almost 10,000 plants on the Basin Creek drainage of the Stanislaus National Forest. According to prosecutors, Fernandez-Garcia had been using toxic chemicals to fertilize the site, which later caused U.S. Forest rangers and state game wardens to discover dead animals in the area. The environmental toxins Fernandez-Garcia employed included two types of rodenticides, 837 pounds of soluble fertilizer and 45.65 gallons of liquid fertilizer.

In 2017, federal and state wildlife officers told SN&R that rodenticides used in black market grows are so lethal that they often cause a chain reaction of death through secondary poisoning, killing everything from foxes, raptors and racoons, to full-grown mountain lions and black bears.

Fernandez-Garcia had also contaminated a natural spring that’s used for bottling water, as well as a drinking source for free-roaming cattle.

“Nearly all of the native vegetation was cut down to make room for the marijuana plants,” prosecutors noted after the conviction. “Besides chemicals and fertilizer, there was over 2,000 pounds of trash and irrigation tubing.”

They added that the spring Fernandez-Garcia was polluting is just upstream of important habitat for “several species of conservation concern,” including the Central Valley steelhead fish and the chinook salmon.

When authorities raided Fernandez-Garcia’s grow, three other suspects associated with it escaped.

Fernandez-Garcia recently pleaded guilty to conspiring to manufacture and distribute illegal drugs. He faces up to 10 years in federal prison.

Another black-market operator who faced his day in court was 37-year-old Luis Madrigal-Reyes. Like Fernandez-Garcia, Madrigal-Reyes is a Mexican national; and like Fernandez-Garcia, he was arrested by forestry rangers and game wardens while destroying public land. In his case, the cultivation crimes were carried out along a slope of Dutch Oven Creek in the Sierra National Forest.

According to prosecutors, Madrigal-Reyes had cleared part of the woods to grow some 2,300 plants. In doing so, he caused habitat damage to two officially endangered species, the Sierra Nevada yellow-legged frog, and the California spotted owl.

In the midst of the state’s worsening drought, Madrigal-Reyes was also illegally diverting water from the Chiquito Creek watershed. When law enforcement raided his camp, the suspect forced officers to chase him down the side of a mountain.

Madrigal-Reyes pleaded guilty to conspiring to manufacture and distribute illegal drugs. He faces up to a decade in federal prison.

The Shasta-Trinity National Forest hasn’t been spared the assaults on its trees, soils and water. The most recent grower to be arrested there is Filemon Padilla Martinez, a 56-year-old Mexican national. He was just sentenced to 10 years in federal prison for the toll that his forest-clearing operation took on Tomhead Mountain.

In addition to Martinez, Madrigal-Reyes and Fernandez-Garcia, authorities arrested at least six other large-scale criminal cultivators for harming public lands in the last 18 months, including inside the Sequoia National Forest. Some were Mexican nationals. Others were California residents. All face lengthy federal prison sentences if convicted. Funding for California law enforcement agencies that worked on these cases came in part from taxes netted from the state’s legal, regulated cannabis market.