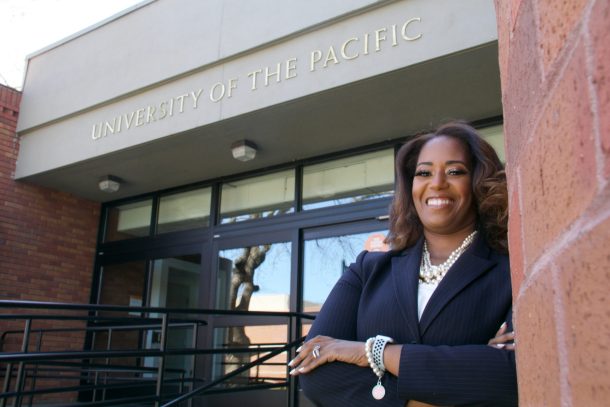 Sacramento County District Attorney candidate Alana Mathews is seeking to be the first African American ever elected to the position. Ray Johnson, OBSERVER

By Antonio Harvey, The Sacramento Observer

Local attorney Alana Mathews — a Black woman, skilled criminal prosecutor and alum from a Historically Black College and University — says she is running for Sacramento County District Attorney for the “sake of fairness.”Ms. Mathews, 47, a former Sacramento County deputy D.A. well-versed in capital city politics, tells the OBSERVER she will fight for equality and make judgments that are free from discrimination.

“Simply put, I really want to see Sacramento safer, fairer, and more just for everybody in the county,” Ms. Mathews said. “I understand how that office works. I just learned first hand that the work we do in the community is just as important as the work we do in the courtroom. Seeing the times that we are in right now I think it’s just time for a new vision — leadership that is responsive to the entire needs of the community.”

Should Ms. Mathews be elected, there’s always a chance such impartiality is put to the test, as it was in the George Floyd case in Minnesota.Local law enforcement agencies, notably the Sacramento Police Department and the Sacramento Sheriff’s Department, have been the focus of a series of officer-involved shootings over the years.

Many Sacramentans have questioned these police shootings in which no officers have been fired or charged. Ms. Mathews, without citing specific cases, questioned whether the system is working for the community.

“When I look at the moment that we are in now, not only in our country but our county, our criminal legal system is not working to serve everybody. And everybody deserves to feel safe, right?” Ms. Mathews said. “Everybody wants to see justice … they want to see fairness and they deserve that.”

Ms. Mathews — currently working for the Prosecutors Alliance of California, a coalition of reform-minded prosecutors working to promote criminal justice reform statewide — is now the only Black person in the 2022 race. Paris Coleman, who also worked in the County D.A.’s office as a prosecutor, dropped out of the race nearly three months after announcing his candidacy. If elected, Ms. Mathews would become the county’s first-ever African American elected to the position. She is running against county Assistant Chief District Attorney Thien Ho, the primary prosecutor in the East Area Rapist/Golden State Killer case where Joseph DeAngelo Jr., 75, was convicted and sentenced to 12 life sentences for murder and kidnapping.

Current District Attorney Anne Marie Schubert, a former member of the Republican party who is running for state Attorney General, had endorsed Coleman.

The Sacramento County’s D.A. Office’s practice is to investigate and independently review all officer-involved shooting incidents resulting in injury or death. The office also examines use of force resulting in the death of individuals while in law enforcement custody.

The D.A.’s website says the office’s role in such cases is to ensure a fair and objective investigation “that will serve the interests of justice, the community, the involved officers, those persons injured, and the families of those affected.”

After the July 11, 2016 fatal police shooting of Joseph Mann, Ms. Mathews issued a statement calling for an independent investigation. Ms. Schubert’s office ultimately filed no charges against the officers involved.

Former Sacramento City Councilman Larry Carr, who pushed an ordinance to have videos released by SPD within 30 days, said that while policing is a difficult job, the public should know the police department is accountable to its citizens.

“They do deserve our support,” Carr said. “But at the same time, the public has the right not to be abused by any agent in this city and (has) the right to full transparency.”

“It is imperative to the integrity of the hard work of good police officers that others who commit misconduct be held accountable,” Ms. Mathews said in a statement issued in July.

Ms. Mathews said her duty as a prosecutor was to protect victims in the courtroom while also focusing on reducing crime in the community. As D.A., she would be the legal representative who officially brings cases against alleged criminals.

Ms. Mathews said working with police is “central” to the D.A. office’s work, adding she worked well and respectfully with officers, “but there has been little to no accountability in that office when it comes to police misconduct,” she said. “If you violate the law you should be held accountable. Without that it undermines trust in the system.”

Ms. Mathews learned first hand about fairness from her parents, who were union representatives. She said while growing up in Gary, Indiana, she often saw crimes and harassment by the Ku Klux Klan. After finishing high school on the campus of Ball State University in Muncie, Indiana, she went on to attend Spelman College in Atlanta.

“(That college) nurtured who I am as an African American woman,” she proudly said.

Ms. Mathews, the first person in her family to graduate college, earned a bachelor’s in philosophy from Spelman. She received her law degree from McGeorge School of Law in Oak Park, where she now teaches, while raising her three children. Ms. Mathews, a 25-year county resident, and her husband, retired Army 1st Sgt. Eugene Arcurio, live in Elk Grove.

After eight years as a deputy D.A., Ms. Mathews was recruited to help start the enforcement unit for the California Energy Commission and later was appointed public adviser for the agency by Gov. Jerry Brown. In this position, Ms. Mathews launched the agency’s equity initiative to ensure California’s most vulnerable communities were protected under the state’s clean energy policies, programs and investments.

Ms. Mathews worked as chief consultant on climate change for the legislature, continuing to address disparities in policy and practice to protect vulnerable populations.

Ms. Mathews said she hopes her career in criminal prosecution, state politics, environmental justice, and as a law professor and community activist are the tools needed to convince voters that she is the right choice.

“This position calls for leadership willing to roll up its sleeves and do the hard work,” Ms. Mathews said. “The best way to reduce crime is to address the root cause of crimes. We need a leader who is not going to be a silo in the criminal legal system, but one who is able to work across sectors to ensure we are addressing those root causes.”