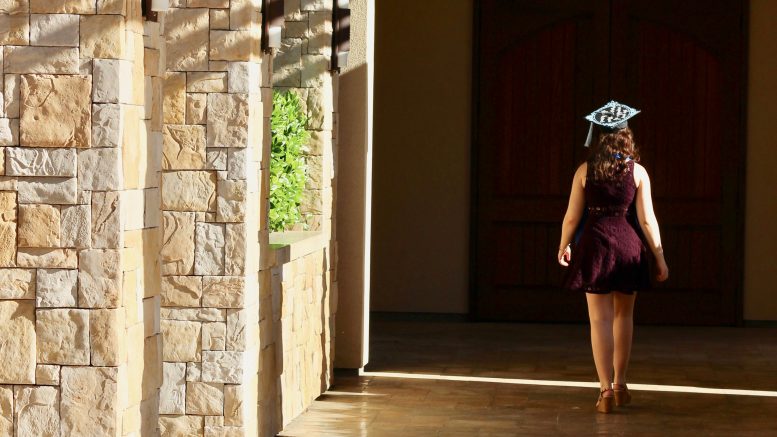 California State University’s recent COVID-19 vaccine mandate leaves a lot of decisions up to each of its 23 campuses  — so much so that at some, students could be unvaccinated and remain on campus a month or more into the fall term.

The language of the interim mandate, made public July 27 and spelled out formally July 29, sounds black-and-white: If students want to attend classes in person or visit campus at all, they’ll have to be vaccinated or face possible academic and disciplinary consequences.

But the deadline — Sept. 30 or sooner — comes long after most campuses start their fall terms, which is around middle or late August.

Cal State East Bay is requiring students to be fully vaccinated on Sept. 15. Meanwhile, fall term begins Aug. 18 — leaving nearly a whole month of unvaccinated students potentially commingling with students and staff. There are other safeguards. Everyone visiting the campus will have to wear masks when indoors following county orders in response to rising COVID-19 caseloads. And students who aren’t vaccinated will undergo weekly testing in that first month.

Cal State East Bay is among more than a dozen campuses with a substantial gap between the start of the fall term and when students must be fully vaccinated. Many of those campuses will require masks and social distancing. Others will provide regular testing until the deadline strikes.

San Diego State isn’t waiting. Its deadline for full vaccination is Aug. 16, a week before classes start. By late July more than 25,000 students had verified they were vaccinated; last fall the university enrolled around 35,000 students. Humboldt State’s deadline is Sept. 10, which is the end of the first week of face-to-face classes. Up until that point all classes will be held virtually — and 40% of classes will remain fully online for the term. Some other campuses say students have to have one shot completed by late August, at least.

The vaccine requirement is a course reversal for the CSU, which previously maintained that it would enforce a mandate only after the federal Centers for Disease Control and Prevention formally approves one of the three vaccines in the U.S. currently authorized under emergency-use orders. But unlike the University of California, which made clear in June it would require inoculation before the CDC formally approves the vaccines and formalized that decision July 15, the CSU waited longer, informing the public of its plans only three weeks before the start of fall semester. Most UCs begin classes in late September because they’re on the quarter system. Cal Poly San Luis Obispo is the only CSU campus that starts classes in September.

“Obviously, if the CSU system had changed policies to require vaccines under (emergency use) at the same time the UC system did, there would have been more time for students, faculty, and staff to get vaccinated by the start of the semester,” said Cal State East Bay public health professor Andrew Kelly.

Another public health professor echoed the concern. “Allowing students to be unvaccinated until Sept. 30 will certainly be a problem,” said Stanley Salinas at Chico State. “Requiring masking on campus is a fine start, but students spend the majority of their time off campus and a mask in a backpack is far less effective than a vaccine administered.”

Chico State is among the campuses requiring students to have their first shot completed by late August.

Blain Roberts, a professor of history at Fresno, is considering recording all her in-person classes and posting them online for at least the first month of school until the vaccine deadline hits. That way students who are afraid of potentially unvaccinated peers in their classes can follow the courses along from home.

She was among the hundreds of faculty urging the CSU chancellor’s office to require vaccines earlier. The open letter noted the system requires a host of other vaccines against communicable diseases.

Getting the word out

On the flip side, Sept. 30 isn’t that far away, and for some students, the timeline to get a vaccine may be tight.

If students procrastinate, “that is an issue,” said Krystal Raynes of CSU Bakersfield, one of the two students on the CSU Board of Trustees that oversees the whole system. “I didn’t realize that it was full vaccination by September 30,” she said, referring to the system rule that students must be fully vaccinated and that at least two weeks passed since their last shot for the vaccine.

Technically there’s time to reach the systemwide deadline. The Johnson & Johnson vaccine is one shot, so students seeking a vaccine now could be fully inoculated 14 days later. The far more popular Pfizer vaccine has a five-week window before full vaccination hits: the first shot, a second one 21 days later, plus the 14-day wait. The Moderna vaccine is a six-week process.

Still, summer “is one of the most inconvenient times of the year to announce something,” said Dillon.

Campuses have been active in getting the word out through emails to students and posts on Twitter and Instagram, as well as messages on student portals. A few campuses shared data on how many recipients of their emails opened them. Fifty-four percent of students at CSU Northridge opened the initial email informing them of the new policy July 27, a campus spokesperson said.

Meanwhile, several campuses are offering vaccines on-site, including Raynes’ own campus of CSU Bakersfield, which also offered vaccines during the spring. “During the summer I think they’re doing a really good job reaching out through all virtual media necessary,” she added.

Students have a strong incentive to abide by the vaccine mandates if they intend to take courses in person. Virtually all CSU campuses say students will be barred from university classrooms and facilities if they don’t comply, unluess they have an approved medical or religious exemption. Students may face disciplinary action, including suspenion, the Chancellor’s Office noted in its July 29 memo on the interim policy. Students with valid exemptions must undergo regular testing.

“Obviously, we hope this doesn’t happen, but failure to comply could result in disenrollment from classes,” said Chi-Chung Keung, campus spokesperson for Cal State Fullerton.

Humboldt State said a student taking in-person classes who refuses to be vaccinated will be blocked from school access and that their missed labs and classes “will not be forgiven.”

Dissident students may struggle to find the courses they need to complete their degrees. Several colleges said not all of their in-person classes will also be available online. Students at San Francisco State not meeting the verification deadline will be dropped from their in-person courses. It’s on them to find the online courses they’ll need, said a campus spokesperson.

At least one campus isn’t quite sure what the consequences are for students who remain on campus but won’t get vaccinated. Cal Poly Pomona told CalMatters that anyone who isn’t vaccinated after Aug. 16 will undergo weekly testing. The university still hasn’t determined whether those students can remain on campus after Sept. 30. As of late last week, about 10,200 students uploaded proof of their vaccination. Last fall the school enrolled nearly 30,000 students.

Other flexibility may give some students and faculty worry. Not all campuses have an ironclad requirement that students upload proof that they’re vaccinated. The Northridge campus is taking a hybrid approach: while students need not upload visual proof of their vaccines, the school will randomly pick students weekly to verify that they’re telling the truth, a spokesperson said. Chico State has a similar policy, a spokesperson for the school said. CSU systemwide policy doesn’t mandate that campuses must require students to upload their vaccination cards.

And though the consequences for ignoring the requirement are mostly clear for students, they’re not for unionized faculty. That’s because collective bargaining rules require that the CSU and labor unions confer on employee disciplinary action. Those negotiations are still ongoing, said a CSU spokesperson.