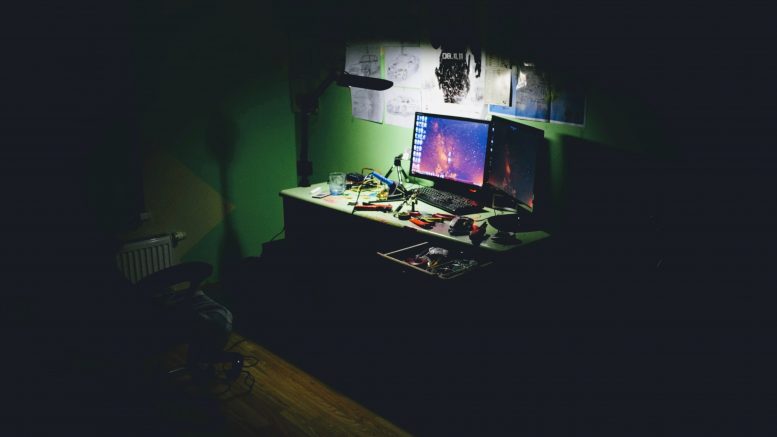 Some Sacramento-watching conspiracy theorists appear undeterred by a judge’s ruling last week that Dominion Voting Systems has plenty of evidence to move forward with a $1.3 billion defamation lawsuit against Donald Trump’s chieftains of disinformation.

On Friday, Registrar of Voters Courtney Bailey-Kanelos’ team was forced to put out a statement, after a Dominion technician was spotted at the county office at the beginning of the week.

“There are rumors circulating nationally and even internationally, that there are two employees of the Dominion technology company that are employed in our Registrar’s office,” the message read. “No Dominion employees have ever been or ever will be employed by the Sacramento County Voter Registration & Elections Department​.”

If that sounds like an indirect repudiation of Dominion, it’s not. Dominion Voting Systems is an independent contractor, a point that Bailey-Kanelos’s office detailed in the rest of its response, which explains that – contrary to the enflamed allegations spreading across the internet – Dominion had a support technician working at the county offices on Aug. 9 to offer advice on its voting machines, but that contractor has nothing to do with any direct vote-counting for local government.

“The purpose of the limited on-site technician support is to provide subject matter expertise in the maintenance and/or repair of the voting equipment, should any equipment fail during the Logic & Accuracy testing,” the statement went on. “On-site presence can expedite the (Return Material Authorization) process to replace equipment in the event of failure … Maintenance and/or repair processes are performed by Sacramento County Voter Registration & Elections staff. The vendor may only provide expertise and advice on how to best achieve the maintenance.”

Prior to the fall of 2020, Dominion Voting Systems was a non-controversial tech company tapped to install advance voting machines in 28 different states. After it became clear that Trump lost the election to Joe Biden, he and a handful of loyalists began spreading baseless claims about Dominion. These included that the American-based company was a foreign entity; that its machines produced zero paper records and couldn’t be audited; that its machines had incorrectly read 68% of ballots in one Michigan county; that it had ownership ties with the Pelosi family, Feinstein family, Clinton family and George Soros, as well as the governments of China, Venezuela and Cuba; and that it’s leadership or employees managed to delete 2.7 million pro-Trump votes on election night.

Throughout late November and December, Giuliani and Powell attempted to bring legal challenges to the election results in numerous states. Every judge, including Republican and Republican-appointed judges, rejected their claims, while emphasizing in their rulings that Team Trump had no evidence of fraud. Outside of the courtrooms, Giuliani, Powell and Lindell continued to warn of a massive conspiracy against the president, one with Dominion Voting Systems at the heart of it.

These media spectacles had direct consequences for Dominion.

“Malicious and misleading false claims about Dominion have resulted in dangerous levels of threats and harassment against the company and its employees, as well as election officials,” the company said in a statement titled ‘Setting the Record Straight.’

The falsehoods are also believed to have resulted in untold financial damage to Dominion’s long-term viability, which is the legal basis for seeking $1.3 billion in damages, each, from Giuliani, Powell and Lindell.

In April, Smartmatic, a voting software company that Trump’s surrogates incorrectly tied to Dominion in their conspiracies, filed a $2.7 billion lawsuit against Fox News.

In July, Giuliani had his licenses to practice law suspended in both the state of New York and the District of Columbia, in both cases on the grounds that attorneys, who are officers of court, cannot knowing lie in the course of their legal duties. Giuliani is appealing both rulings.