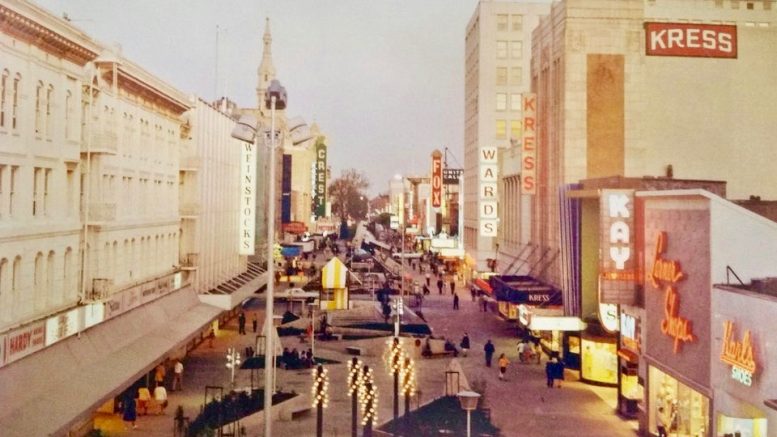 Downtown Sacramento in the 1970s during the time of Richard Chase's crimes. Archival photograph

In an era when doors were left unlocked, and communities were deemed safe places, Richard Chase was the most terrifying of prospects

Born on the 23rd of May 1950 in Sacramento, California, Richard Chase had an abusive childhood. His parents were disciplinarians, and Chase’s father reportedly often beat him and his younger sister.

By ten years old, Chase was showing signs of the Macdonald triad; arson, cruelty to animals and bed-wetting, which is known to lead to violence in adulthood.

In his teenage years, Chase became a heavy drug addict and caused trouble. He dated girls his age, and it was reported that Chase was unable to keep an erection during intercourse. He sought help and was told by a psychiatrist that he might have a mental illness, and the reason for his impotence might be bottled anger.

At 18, Chase moved out of his parent’s home and went through a string of roommates, who were concerned about his odd behavior and heavy drug use. He walked around naked and was constantly under the influence of LSD, marijuana and alcohol.

The roommates asked him to leave, and when he refused, they left instead, forcing Chase to move back in with his mother, who was now divorced from his father.

Chase was paranoid and convinced that something was wrong with his brain, to the point that he shaved his head to track the movement of his cranial bones, which he believed were moving around under his skin. He also thought that his mother was trying to poison him and quickly moved back out into an apartment, paid for by his father.

He was diagnosed by a psychiatrist, who thought he might be a paranoid schizophrenic, but it could have been a reaction to the number of drugs he’d been taking. He was admitted for observation for 72 hours, and it was recommended that he stay longer but instead, he left the hospital.

Chase began to catch and gut rabbits, which he’d then mix with Coca-Cola in a blender to drink. He believed his heart was shrinking and his blood was turning to powder. He was also seen by his neighbors taking many local pets into his apartment, which were never seen again.

In 1975, he injected rabbit blood into his veins and suffered blood poisoning. He was involuntarily institutionalized at Beverly Manor and diagnosed by doctors to have severe schizophrenia.

Chase didn’t react to the anti-psychotic medication he was prescribed, which convinced doctors that his mental issues were due to the number of recreational drugs he’d taken over the years. Twelve months later, he successfully escaped from the institution and showed up at his mother’s home, but he was swiftly returned to Beverly Manor.

Chase often spoke to doctors and nurses about killing rabbits and drinking their blood. Many thought he was telling tall tales, until he was found with a bloody mouth and the corpses of two birds on his windowsill one day.

In 1976, Chase was released from the facility, where he was taken into the custody of his mother. She weaned him off his medication and moved him into an apartment, where his new roommates quickly moved out. He continued torturing dogs, cats and rabbits, and bought several guns. During one visit, his mother saw Chase tear open a dead cat and smother himself in its blood. She never reported the incident.

On the 29th of December 1977, Ambrose Griffin was shot by Richard Chase in a random drive-by shooting outside his home after a shopping trip. The 51-year-old was an engineer and had been helping his wife with bags from the car when she saw him fall to the ground.

Two days earlier, a woman reported a man had shot at her home. She lived a couple of blocks from Ambrose Griffin and his family, and a search of her home found a .22 caliber casing, the same gun used to kill Ambrose.

Despite eyewitnesses coming forward with a description of the killer fleeing the area, leads dried up quickly, and Ambrose Griffin’s murder lay unsolved.

On the 23rd of January 1978, pregnant Teresa was taking out the rubbish when Chase entered her home through the unlocked front door.

He shot Teresa three times and then stabbed her with a butcher knife. When she was dead, he raped her and mutilated her body, cutting off her nipples and removing her internal organs. He drank her blood and smeared the remainder on the walls.

Chase believed that an unlocked door was an invitation to enter someone’s property, and a few days earlier, the Edwards family returned to their home to find Chase in their house. He had entered through an unlocked door and defecated in their infant’s bed. Robert Edwards pursued the intruder, but Chase escaped by jumping over a fence.

Four days later, on the 27th of January, Chase was checking homes for unlocked doors when he found 38-year-old Evelyn Miroth’s door unlocked.

Chase killed 51-year-old Dan Meredith in the hallway, with a single gunshot to the head. Evelyn was killed by another gunshot to her head and was found naked on her bed, raped after death. Her abdomen had been opened, and her intestines protruded from the wound. There was also evidence that her blood had been removed.

Six-year-old Jason was found in his mother’s bedroom. He had been shot twice in the head, but his body was still intact. However, 22-month-old David was missing from the house. His mutilated body was found a few months later behind a church near Chase’s apartment.

In haste, Chase had left bloody footprints all over the house. He also took Dan Meredith’s car, which was found a few blocks from the murder scene with the engine still running. However, investigators were yet to realize that the vehicle had been abandoned a few hundred yards from Chase’s apartment.

The FBI was brought in due to the severity of the case, and agents Robert Ressler and Russ Vorpagel began to develop a profile of the offender.

“White male aged twenty-five to twenty-seven; thin, undernourished appearance; single; living alone in a location within one mile of abandoned station wagon owned by one of the victims. Residence will be extremely slovenly and unkempt, and evidence of the crimes will be found at the residence. Suspect will have a history of mental illness and use of drugs.

Suspect will be an unemployed loner who does not associate with either males or females and will probably spend a great deal of time in his own residence. If he resides with anyone, it will be with his parents. However, this is unlikely. Suspect will have no prior military history; will be a high school or college dropout; probably suffers from one or more forms of paranoid psychosis.”

Many people in the surrounding area were questioned, and despite having seen a white male driving a red station wagon, no one could give an accurate description of this elusive killer, except one.

The same day Robert Edwards ran Richard Chase out of his home, Nancy Holder was shopping in the Town and Country Village shopping center in Sacramento. She was in a store when Richard Chase approached her.

“Were you on the motorcycle when Kurt was killed?” he asked.

Nancy and Chase had gone to school together and ten years earlier, Nancy had dated a boy named Kurt, who’d been killed while on his motorbike. She knew Chase had been heavily into drugs, and she didn’t immediately recognize him. He was a shadow of the boy he’d been at school.

Something about Chase made her uncomfortable, and while he paid for something in the store, she walked out and drove off in her car.

Nancy realized that Chase had been wearing the same orange parka jacket mentioned in the description of the uncaptured killer and contacted the police. Investigators ran a background check on Chase and found a .22 caliber gun registered in his name and set to work setting up team to bring him in.

On the 27th of January 1978, the police went to Chase’s apartment to question him, but he refused to open the door. Instead, the police hid down the hallway, and when Chase emerged, they apprehended him. He was wearing the orange parka, carrying a box, and had Dan Meredith’s wallet on him. Everything was blood-stained.

Inside his apartment, the walls and floor were also covered in blood. When they looked further, they found David Ferreira’s brain in a container and his body parts in plastic wrap. In addition, there were parts of Evelyn Miroth and Teresa Wallin in his refrigerator, and there were several pet collars discarded on the counter.

On the 8th of May 1979, a jury found Chase guilty of all six counts of murder in the first degree. The defense argued that he was suffering from mental illness and his attacks weren’t premeditated. Despite this, it took the jury an hour to find Chase legally sane and another four hours to decide that he should be put to death by the gas chamber.

Chase was transferred to San Quentin State Prison, where other inmates feared him due to his violent offences and they often encouraged him to kill himself.

During his time in prison, Chase agreed to meet with FBI agent Robert Ressler, and within the series of interviews that took place, they spoke of Nazis and aliens. In addition, they discussed his theories on his need to drink blood and how he selected his victims.

“If the door was locked, that means you’re not welcome.”

On the 26th of December 1980, Richard Chase was found dead in his cell. He was 30 years old. He had been saving his antidepressants over many weeks and took them all in one sitting.

These interviews between Chase and Ressler are documented in Ressler’s book, Whoever Fights Monsters. Ressler’s career was brought to screen in the Netflix series, Mindhunter, but is yet to introduce Chase. However, the FBI still uses the vampire of Sacramento as a case study in disorganized killings.

With no pattern to his crimes, anyone could have been a victim of Richard Chase’s chaotic killings, and he is the reason to always lock the door.

TOPICS:Richard Chase serial killerSacramento in the 1970sThe Vampire of Sacramento

Be the first to comment on "Revisiting ‘the Vampire of Sacramento’"