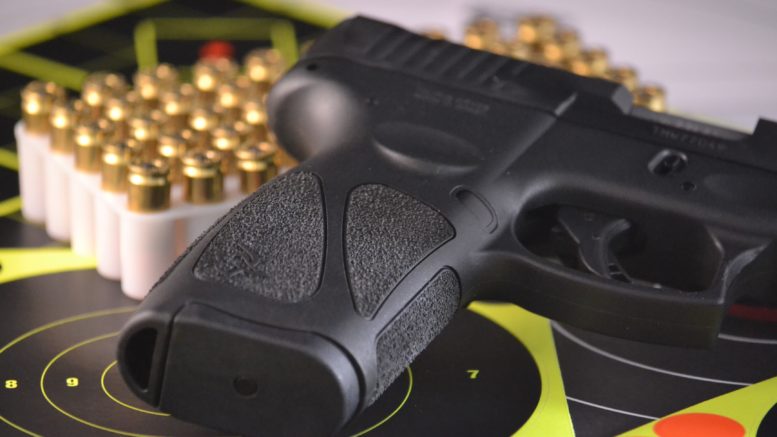 From the outside, Joseph John Deaser IV looked like the model of a reasonable gun dealer. He’d testified before the California legislature and Congress about the need for common sense safety measures around firearms. He’d taken the public position that universal background checks do not infringe on someone’s Second Amendment rights. Deaser was a licensed gun-seller, but he wasn’t a gun zealot.

He also wasn’t, as it turns out, living up to anything he purported to champion on that front.

Deaser pleaded guilty in federal court last week to stealing the identities of six law enforcement officers from the South Placer area, using his unique position as a Roseville gun club owner to con the unknowing police personnel while cashing in on a specific loophole in federal gun regulations. But Deaser was sloppy in his subterfuge, pressing his own middle finger print onto official sales forms needed to impersonate the various peace officers. Those boxes on the forms are clearly designated for a person’s right thumb print. Whether this move was Deaser’s subtle way of giving “the middle finger” to the government isn’t clear; but what is clear is that the once-respected dealer is now staring down the barrel of four years in federal prison.

“I think it’s totally acceptable to, on the one hand, look at the things he’s done, but on the other hand, look at the life he was living behind the scenes,” federal Judge Troy L. Nunley remarked of Deaser’s hypocrisy. “On the one hand, he was … advocating for sensible gun laws before Congress, before local governments, before organizations, and on the other side of it, he was trying to circumvent those very same gun laws.”

According to court records, Deaser got into the gun business in 2013. He owned Capital Gun Club, a members-only shooting range located in Roseville just two miles south of the city’s police station, as well as a firearms dealership called Anarchy Armory housed in that building. Between the businesses, he offered weapons sales, full-service gun smithing, cleaning and storage, and the opportunity to practice on 18 different 25-yard shooting lanes. Given the one-stop nature of Capital Gun Club, some of its customers were members of law enforcement.

Over the course of an investigation, federal agents from the Bureau of Alcohol, Tobacco, Firearms and Explosives, or ATF, discovered that Deaser conducted more than 50 “straw buys” – fraudulent purchases – of specific types of new off-roster firearms that he wasn’t licensed to handle.

Knowing there’s a loophole that allows peace officers to buy those same guns, Deaser went through his own sales records, using their detailed information to steal the identities of six peace officers who’d legally purchased guns from him in the past. Between December 2014 and April 2018, Deaser relied on those identities to buy the otherwise-restricted guns, so he could then turn around and sell them to members of his club.

The ATF has an elaborate cross-state method for detecting, and tracking down, straw buys. Regionally, the bureau has teams of agents working in both Sacramento and San Francisco. In May 2019, Deaser appeared in Downtown Sacramento’s federal courthouse to plead guilty to aggravated identity theft and the illegal sale of firearms. He spent well over a year waiting to be sentenced.

“Firearms trafficking is a primary focus of ATF as one of the most pressing problems we face today,” Patrick Gorman, the special agent in charge of the Bay Area’s field office, said Thursday after Deaser’s sentencing. “The vast majority who comply with the regulations suffer when a small number of corrupt (Federal Firearms Licenses) threaten public safety by abusing the secondary market to obtain and sell firearms illegally for their own greed.”

Rob Bonta, California’s Attorney General who was appointed by Gov. Gavin Newsom and faces a challenge from Sacramento District Attorney Anne Marie Schubert in 2022, acknowledged the agents from state’s Department of Justice’s Bureau of Firearms who also worked on Deaser’s investigation. Bonta called Deaser’s actions, particularly impersonating peace officers to make a profit, “a crime that violates the public’s trust and puts the safety of Californians at risk.”