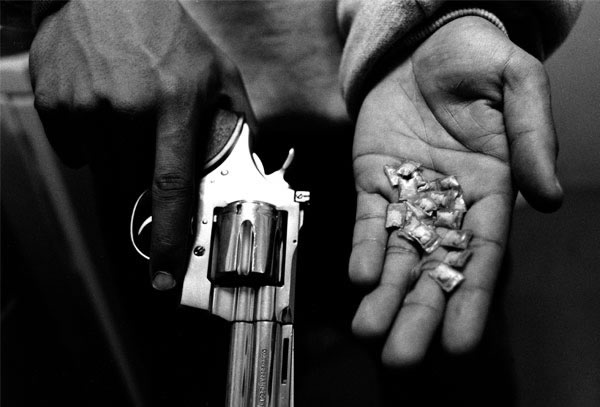 A Roseville police officer shot in the face by a .45-caliber Glock in October 2013; a 13-year-old gunned down on the streets of Stockton with a .40-caliber Beretta in February 2015; a young woman killed on San Francisco’s Fishermen’s Wharf by a .40-caliber Sig Sauer in the summer of 2015; a 23-year-old executed by a .38-caliber Smith & Wesson on a Bay Area street in August 2017.

These crimes had a common denominator: They were committed with stolen firearms—weapons that later had to be traced.

With 1,273 gun murders happening in California last year, detectives continue to rely on the Bureau of Alcohol, Tobacco and Firearms’ advanced tracing center, both for solving cases and finding patterns that reveal corrupt gun dealers and shadowy traffickers. But the ATF’s ability to trace crime guns is only as effective as the volume of data its technicians have access to. Now, a Hayward lawmaker is determined to give them more tools for tracing guns on the streets. The California State Senate will soon vote on whether to support him in that mission.

On November 5, 2016, prosecutors say a group of gang members shot up the parking lot of a Pasadena restaurant following a high school football game, wounding an innocent bystander.

Pasadena police identified four suspects and discovered they were already on the ATF’s radar. Its agents had recently purchased rifles from them in an undercover operation in San Bernardino. Two weeks later, San Bernardino police spotted one of the suspects in a car and engaged in a high-speed pursuit, during which the suspect and his passenger reportedly threw two 9mm pistols from their windows.

The ATF’s gun-tracing center was able to determine the rifles earlier sold to its agents, and the pistols hastily tossed from the sedan, had all been stolen during home burglaries in the weeks leading up to the violence. Ultimately, five alleged gang members pleaded guilty to various gun charges.

“What tracing does is show relationships,” said Graham Barlowe, the resident agent in charge of Sacramento’s ATF office. “We’ve broken up a number of gun-trafficking rings in Oakland, and tracing was sort of the linchpin of those investigations.”

In an era of algorithms and A.I., gun-tracing is a surprisingly human endeavor: Whenever detectives recover guns that might have been used in a crime, they have the option of attempting to track their history through the ATF. Technicians working at the National Tracing Center will first use the gun’s make, model and serial number to determine where it rolled off the factory floor. Contacting the manufacturer, a technician will then follow the gun to whichever wholesaler had it first. Using the wholesaler’s records, they’ll next contact the retailer who ordered it. That’s how the first member of the public to buy the firearm comes to light. At that point, technicians work with ATF field agents to start knocking doors, following the gun’s chain of custody.

“There have been times when we’ve been able to trace three or four transactions after the initial point of sale,” Barlowe said, “and actually put that gun at a crime scene.”

According to a recent ATF report, technicians initiated 41,527 gun-tracing investigations in California last year, with Sacramento having the second highest number of traces for any city—2,010—coming in only behind Los Angeles.

But gun control reformers argue that the ATF could assist in solving more crimes if its database had more records from the Golden State. Under current California law, only police and sheriffs’ departments are required to gather information from lost, stolen and crime-associated gun reports that they take and then enter into state-federal data systems, said Assemblyman Bill Quirk. The California Highway Patrol, along with parole agents, probation agents and wildlife wardens, are not. Neither are college or university police departments. Quirk recently introduced Assembly Bill 2222, which would require all California peace officers to log that information into the appropriate systems within seven days.

The bill, which is sponsored by the Brady Campaign to Prevent Gun Violence, sailed through both the state assembly and senate public safety committees and then landed a 78-0 “yes” vote on the Assembly floor. Now that it’s cleared its last committee, senators will soon hold a floor vote on whether to send it to the governor’s desk.

“The governor’s always a wild card,” said Amanda Wilcox, president of the California chapter of the Brady Campaign. “But this is important to us. Pushing for more gun-tracing is one of Brady’s key programs—it’s our ‘bad apple dealer’ campaign—and we’re pushing it because we really care about disrupting the flow of illegal guns that are flooding our urban streets and causing so much harm. We need to know where those guns are coming from.”

Be the first to comment on "Gunning for the source: ATF’s gun-tracing investigations are solving crimes across California"