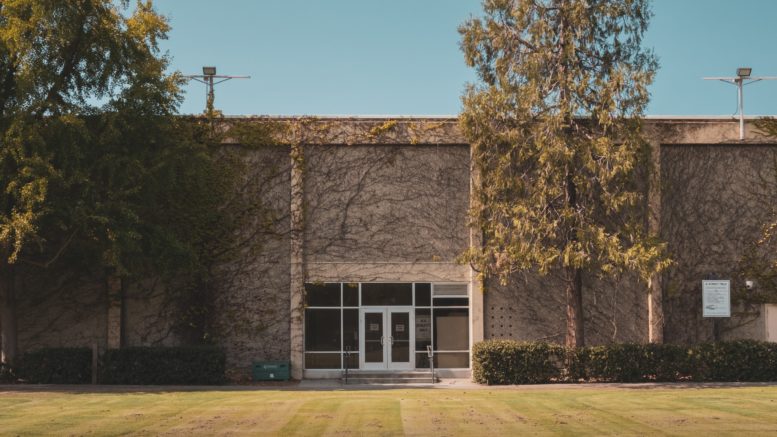 By Mikhail Zinshteyn for CalMatters

Nothing lasts forever, not even a plan to raise tuition indefinitely.

On Thursday the University of California modified its plan to raise tuition annually without any sunset date, yielding to an amendment by a student member of the Board of Regents to instead keep the tuition hike on the books for five years and then have the UC board vote to reauthorize those hikes again in 2027.

Still, the regents by a large margin backed the overall plan to increase tuition, voting 17 to 5 to begin the hikes in 2022-23, a move that will mean that incoming California undergraduates will see tuition rise by about $540 but then keep that sticker price flat for six years. Each subsequent incoming class of undergraduate students will pay a higher amount based on inflation, and in the first few years, a small surcharge, but keep that rate for six years. Graduate students will see tuition increases annually based on inflation.

For the regents, the financial needs of the university system outweighed student concerns about rising college costs.

The concession to UC Berkeley undergraduate and Regent Alexis Atsilvsgi Zaragoza buys student groups time to rally against the multi-year tuition hike and make their case that more students are being priced out of the system because of these increases. Zaragoza ultimately opposed the tuition hike, as did Assembly Speaker Anthony Rendon, a Long Beach Democrat, who made a rare appearance as regent member.

For the regents, the financial needs of the university system outweighed student concerns about rising college costs, a note many speakers kept hitting during the nearly three hours of debate.

“I do not give as much quality education as I used to, and that is a fact, and I think that almost all veteran faculty basically will tell you that,” said Robert Horwitz, a faculty representative to the regents and a UC San Diego professor for 39 years who urged the regents to approve the tuition hike so that the system can raise more money to hire additional faculty. “The student-faculty ratios have gotten worse.”

The UC Office of the President projects increased costs of $2.1 billion in the next few years, with staff pay and benefits taking up the largest chunk of that, along with student services to improve graduation rates.

Zaragoza told CalMatters she doubts the regents will vote to scrap these ongoing tuition increases in five years, “unless this whole thing blows up in their faces and it’s proved to be a bad solution.”

What’s more likely is that students bring evidence to the regents that the UC’s various tuition policies need an overhaul, she said. It’s a way to check the declarations of UC President Michael Drake’s team, who contend that low- and middle-income students won’t have to pay more under the tuition hike plan because over a third of the tuition revenue will flow back to students in the form of financial aid. The UC says 55% of California undergraduates don’t pay any tuition due to state, federal and university financial aid.

One change students are seeking: speeding up the time it takes for UC campuses to review a student’s appeal to be charged in-state tuition, which allows them to pay about $14,000 rather than the$44,000 out-of-state-students pay. The implications are real, not theoretical.

Zaragoza described a friend who failed to persuade UC Berkeley that he should be charged in-state tuition despite being homeless. Though a Chinese national, the student was estranged from his parents and living in his car. But because he had no permanent address, he couldn’t show he actually lived in California, Zaragoza said. A campus legal aid group helped him get out of owing the university the tens of thousands of dollars in extra tuition, but he had to drop out because he couldn’t afford the higher tuition fees. At minimum, the UC should settle residency appeals in four weeks, not the 12 weeks they’re currently allowed, Zaragoza said. The sooner students know they’re not eligible for in-state tuition, the faster they can pull out and attend another institution, the thinking goes.

Along those lines, student groups also want the UC to loosen its policy on allowing financially independent students to be able to pay in-state tuition and allow U.S. asylum seekers living in California to be eligible for in-state tuition. Gov. Gavin Newsom vetoed a 2019 bill that would have allowed asylum seekers to receive state financial aid to cover their tuition expenses at the UC and California State University, citing cost pressures. A legislative analysis of the bill said ongoing costs to the state were unknown but “likely minor.”

For Zaragoza, the goal is for student advocates to document all the cases in which low-income UC students fall through the financial aid cracks, exposing them to even more fiscal shock as tuition grows.

Several other amendments to the UC tuition plan capped the sticker price students will face.

The board approved lowering the cap on how much tuition can grow, from 6% to 5% in any given year. However, the board retains the right to change its tuition policies, includingforegoing any tuition increase or increasing tuition by a lower amount.

The approved plan also gives more financial aid to California undergraduates. The regents voted to shift 45% of the revenues from the tuition hike to financial aid for in-state students. The previous plan called for a 40% shift and UC policy traditionally set aside about 33%. That amendment was contentious, passing 12 to 9 as some regents worried that the revenue outlook for campuses is shot after months of careful planning.

“It’s an open question” whether giving students back more money to pay for college expenses or paying for more faculty and academic services will have a bigger impact on a student’s time at the UC, said David Alocer, a senior finance official at the UC Office of the President.

There’s one other potential fiscal headwind. Surprisingly, the UC’s tuition plan didn’t take into account a little-known state law that says the governor’s finance director can withhold state support the UC is scheduled to get if the system raises tuition. The amount withheld would be equal to the extra costs to the state’s Cal Grant program, which covers UC and Cal State tuition for about one-third of those systems’ California students.

“That would be a cause for concern,” Alocer told the regents.

But all those changes and risks didn’t torpedo the regents’ ultimate goal of increasing UC revenue from tuition hikes.

Be the first to comment on "UC students turned a ‘forever’ tuition hike into a five-year hike. Now what?"