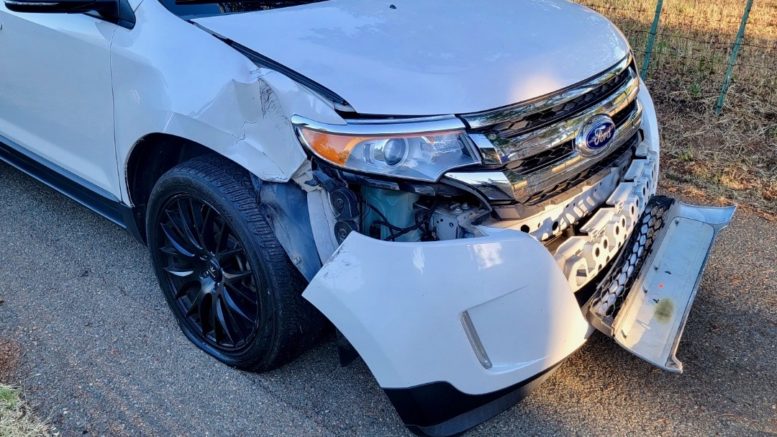 Gig drivers count on the companies they work with having clear policies and standing by their promised protections, so when a Sacramento Doordasher recently had his car wrecked while on a delivery, he was shocked to see that the $16 billion company refused to help with its lauded “excess insurance” for contractors. Now, the driver is quickly accruing debt and facing a potential legal battle, which is a hard prospect for anyone trying to survive in the gig economy.

Prior to June 3, Russell Allison had a stellar record of performance for DoorDash, having worked for the app-based service a year-and-a-half and successfully made over 2,400 deliveries. Allison says the reason this streak changed isn’t his fault. On that early June evening, Brennan Murphy, a Newcastle resident, placed a DoorDash order for food from FUKUMI Ramen in Roseville. Allison grabbed the order and then headed east into Placer County.

When Allison pulled up to Murphy’s house, a large black iron gate leading to the driveway was open. Allison says that, as he prepared to make his delivery, the gate closed on his 2014 Ford Edge, crashing against its right fender. After his car was hit, Allison backed up and watched its front-end begin tearing off. One of the car’s tires and rims was damaged, too.

Murphy’s wife was standing out front to see it all happen. The Murphys’ statement to DoorDash is that Allison somehow collided with their gate. While the deliverer vehemently disagrees with the deliverees on this point, all parties involved agree on one thing – Allison was still in the middle of his DoorDash assignment when the accident happened.

That’s a vital detail because DoorDash’s policy explicitly says the company provides extra insurance when wrecks occur while dashers are engaged in deliveries.

“This policy applies only to damages you cause to other parties, and only to accidents while on an active delivery when you are in possession of goods to be delivered,” the company’s online literature reads. “Active delivery is from the time the independent contractor accepts a delivery to the time they drop off the delivery.”

Allison certainly needed the extra insurance. Due to the extent of the damage, and his Ford’s Kelley Blue Book value, California rules dictate that the car has to be totaled. Allison says he has full coverage with Liberty Mutual, but when he put in a claim, it was denied because he was working for DoorDash at the time of the incident.

At first, Allison thought things would be alright because the Murphys’ food was inside his car when the gate hit him, which falls under DoorDash’s definition of what an active delivery is. Per the company’s policy, Allison filed a claim with Crum & Foster, the insurance provider that works with DoorDash.

The claim was denied on the accusation that Allison wasn’t making a delivery.

“Crum & Foster is a perfect name for them, because they’re crumby,” Allison reflected. “They’ve now denied my claim twice, and I’m just getting the run-around when I try to contact them … They’re saying I wasn’t active, but I have written proof that I was, and that the food was in the car.”

That proof is in the form of a statement that Murphy made to both DoorDash and Crum & Foster.

This has, so far, not moved the needle for Crum & Foster. The company could not be reached for comment.

Meanwhile, Allison is losing $800 a month in car payments and storage fees for the Ford – and he’s in transportation limbo. He’ll also have to pay to have his car towed for appraisal as he weighs his legal options.

Knowing that DoorDash operates in 7,000 American cities and soaks up 51% of the gig delivery economy, Allison is now wondering if he should walk away for good, as well as how many other drivers have been similarly hosed.

“I don’t feel safe anymore doing DoorDash, because you can’t believe what they say,” he told SN&R. “And I can’t be the only one this has happened to … And if this is a case where Doordashers really aren’t covered, I think most of them simply don’t know that.”

4 Comments on "Financially bashed by DoorDash? Sacramento driver left out to dry despite company’s boast of ‘excess insurance’"