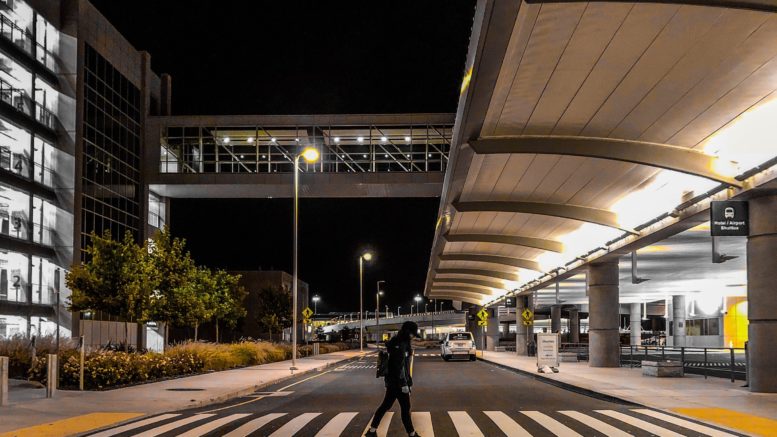 As the world rushed to enact measures aimed at mitigating the impact from COVID-19 in early 2020, one of the first decisions many countries made was to severely limit travel. Countries closed their borders, nixed flights both international and domestic, and encouraged residents to shelter in their homes.

A year has now passed and Sacramento businesses that rely on travel for their survival are only beginning to see trends that hint towards a return to ‘normal’.

The hope is that the trend seen in recent months, with more passengers returning to the skies, continues forward and through the summer, said Scott Johnston, a public information officer for the Sacramento County Department of Airports.

The unprecedented drop in travel did provide a mild silver lining for the Capital City’s runways: Prior to the pandemic, the airport was seeing capacity issues at the gates and with parking. The lower numbers of passengers during the pandemic have given its team valuable time to develop plans to address growing their capacity once travel returns to normal.

With such a significant drop in travelers coming through Sacramento, it comes as no surprise that hotels in the region have been hit hard. The Wyndham Garden hotel near the airport, as well as the Hyatt Regency Sacramento, the Citizen Hotel, and the Amber House Inn of Midtown – located in or near downtown Sacramento – all reported an estimated 50%-70% drop in business from previous years.

Some hotels were not able to be open for months at a time. The Hyatt Regency Sacramento at 1209 L St. had to close completely from mid-March to late June, according to Brenda Kirian, director of sales and marketing for the hotel.

Even hotels that remained open without interruption saw a severe hit to business. The Citizen Hotel, located on J Street, stayed open through the year but faced continued hardships.

“We saw a drop of around 70% from normal during the last year. Our business was totally decimated,” said Austin Pringle, a manager at The Citizen Hotel. “We saw a reduction in staff; had to let some go, a majority were furloughed; but the hotel remained open the whole time. And we weathered the storm better than many others in the area.”

With a rise in vaccination rates, as well as recently loosened CDC safety restrictions, are hotels are noting a rise in reservations, but nothing approaching the levels they were at before the coronavirus hit.

“Some weekends, recently, Friday, Saturday, Sunday, we have been operating at full capacity again, with rooms entirely sold out,” said Evelyn Fernandez, general manager of the Wyndham Garden. “But we are still working at a lower capacity, not fully operational like we would have been pre-COVID. We are still working in a limited capacity, calling some furloughed employees back now.”

Though the vaccination push has led to a mild increase in travel, the future is still unclear. Part of that uncertainty lies in how unclear the guidelines across regions are.

A Centers for Disease Control and Prevention announcement made on May 13 could loosen safety guidelines and mask requirements – and hopefully lead to an increase in air travel. But it doesn’t change current requirements for masks at Sacramento International Airport, Johnston noted. Although the CDC has relaxed its guidelines in certain settings, rules for prevention still apply to travelers. In fact, the Transportation Security Administration mandate requiring masks and face coverings in airports and on aircraft, and surface transportation, has been extended through Sept. 13.

Other uncertainties also keep the future unclear for both travel and hospitality, including discrepancies between federal, state, and local restrictions, as well as a lack of clarity as to when government buildings and event centers will reopen.

“There are not as many reservations as calls coming in,” Kirian said. “There’s so much confusion with what’s allowed by federal guidelines, state guidelines, county guidelines, and nobody knows what is for sure. It will really depend on when the capitol opens up, and when state buildings open again. There’s talk of things happening on June 15, but it isn’t concrete yet. After that is set in stone, I think it’ll get busy overnight. There is just so much pent-up demand.”

Be the first to comment on "Are Sacramento’s travel and hospitality industries starting to recover from COVID?"